‘We’re hoping we can use our leverage to force this government to do more,’ says Jagmeet Singh 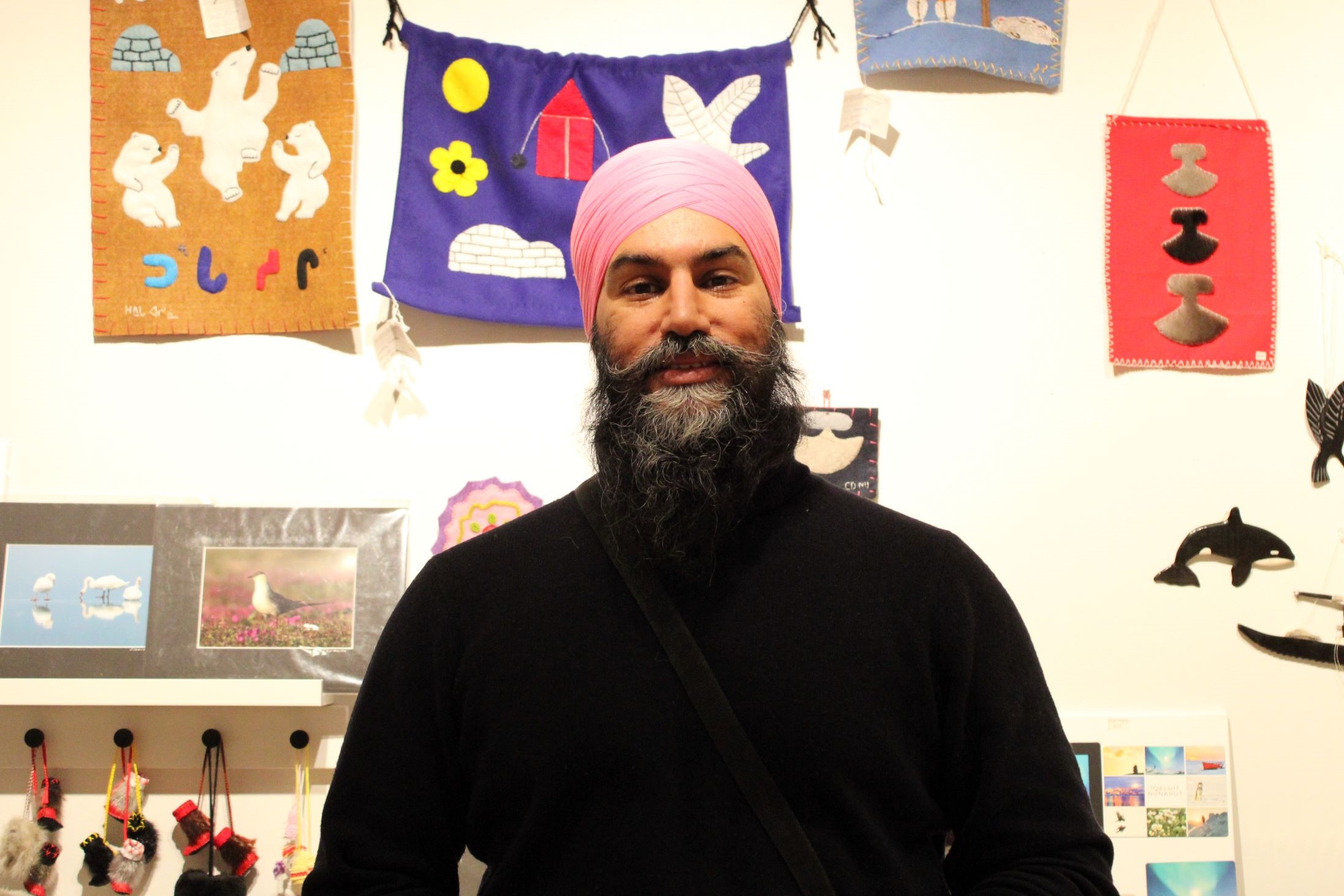 NDP Leader Jagmeet Singh stands in front of a wall in the Nunatta Sunakkutaangit museum. Singh is in Iqaluit to push the federal government to spend $180 million to overhaul Iqaluit’s water infastructure. (Photo by David Lochead)

NDP federal leader Jagmeet Singh is in Iqaluit this week pushing for the federal government to spend $180 million to address the city’s water emergency.

Singh sat down with Nunatsiaq News during his visit to discuss his plan for helping MP Lori Idlout represent Nunavut.

Nunatsiaq News: How are you going to make new Nunavut NDP MP Lori Idlout feel comfortable in Parliament after the former Inuk and NDP MP Mumilaaq Qaqqaq said she did not feel like she belonged?

NN: Nunavut is a large territory and that brings its own challenges. How will you assist Idlout with the task of representing such a geographically spread-out riding?

Singh: We have other MPs that represent large ridings so they will be giving Lori support on how it can be done and how we can ensure resources get to communities. When you’ve got such a large [riding] as Lori does the House of Commons should provide additional support so MPs like Lori can provide the necessary resources to the communities she represents.

As well, I’ve come to Iqaluit is to assist Lori and to support a [riding] that has often been ignored. In the future, I plan to return to Nunavut and do a tour of the smaller communities.

NN: When would you plan to come back and visit the other communities?

Singh: It’s tentative but we’re planning for the spring or summer.

NN: Any idea what communities you would go to?

Singh: Not yet. Lori is excited about the idea and agrees that Nunavut gets ignored. I want to go to the smaller communities where people don’t often get an elected official coming to where they live.

NN: If the amount of seats in the House of Commons does expand should Nunavut become two ridings instead of one?

Singh: That’s something where I would talk with Lori and talk with Nunavummiut about and figure out what best meets their needs.

NN: How will Nunavummiut benefit from this minority government getting propped up?

Singh: The benefit is that when we have seen changes for the good in this country they have happened because of minority governments. A lot of things we’re proud of, like our universal health-care system and old age pension, happened in a minority government.

In this pandemic we were able to push a minority government to give more significant benefits to people: we increased CERB, we increased the wage subsidy, we got a paid sick leave program and we helped students in university not covered by CERB. We were able to bring in four major victories that made people’s lives better.

A minority government means the Liberals are going to need another party to get legislation passed. We’re hoping we can use our leverage to force this government to do more.