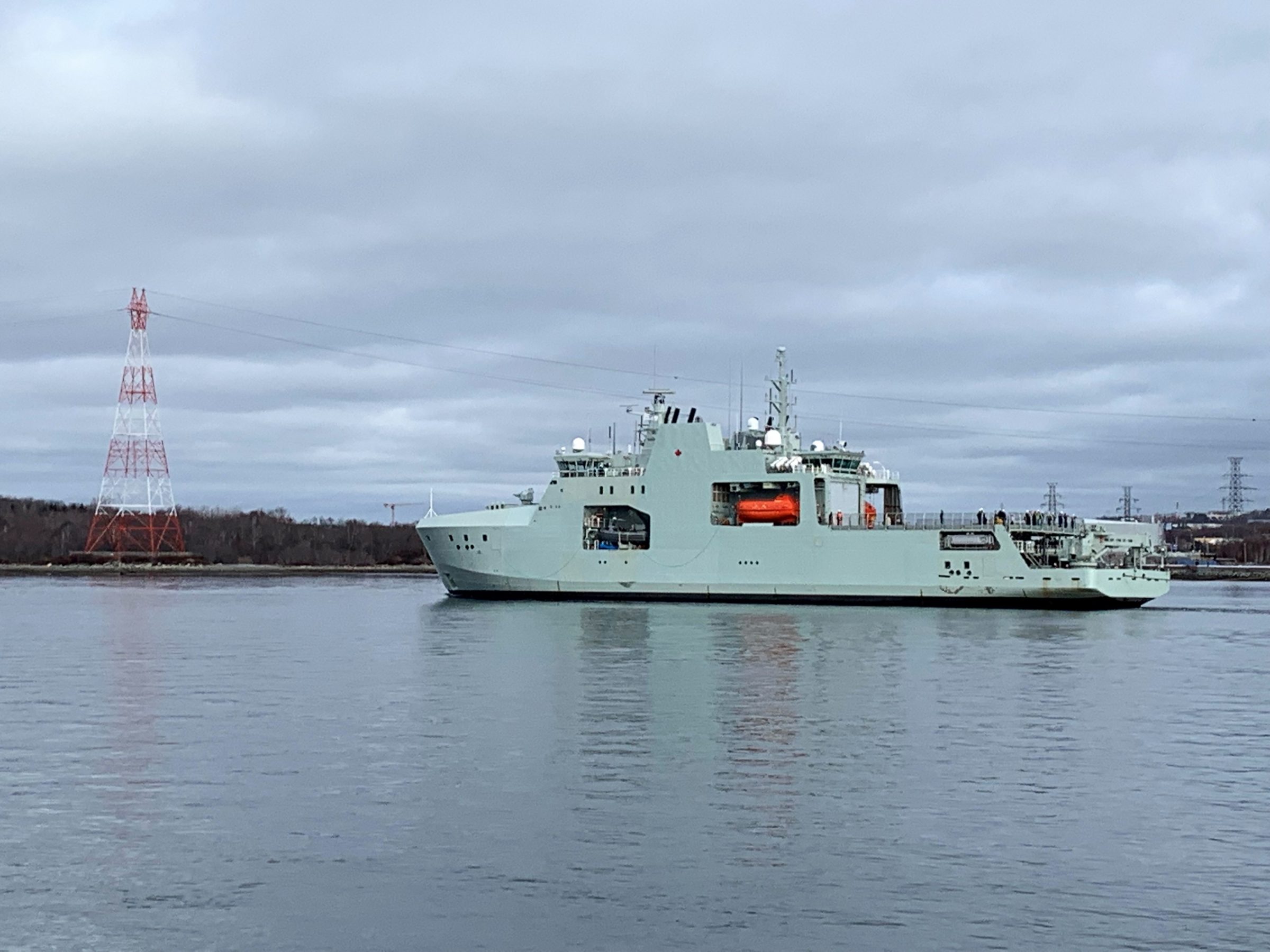 Powered by its two diesel-electric engines, the future HMCS Harry DeWolf cruised into the Bedford Basin near Halifax last week to begin its sea trials.

According to an Irving Shipbuilding news release, over the next few weeks the initial sea trials—a series of performance and seaworthiness tests—will focus on anchor handling, the integrated bridge and navigation system, fin stabilizers, rescue boat launches and recovery, and communication systems.

From there, the vessel will begin formal sea trials followed by its acceptance and eventual commissioning by the Royal Canadian Navy, which is expected to happen sometime in the first quarter of 2020.

The Harry DeWolf, the largest Royal Canadian Navy ship built in Canada in a half-century, is the first of six Arctic and offshore patrol ships.

Ordered by the Navy as part of Canada’s national shipbuilding strategy, the vessels will be capable of conducting a diverse range of missions in Canadian waters—including in the Arctic—such as conducting surveillance, combating smuggling and piracy, and assisting with search and rescue.

The second patrol vessel being built by Irving, the future HMCS Margaret Brooke, launched earlier this month and is expected to be handed over to the Royal Canadian Navy by late 2020.

The third and fourth vessels, the future HMCS Max Bernay and HMCS William Hall, are both currently under construction at the Halifax shipyard, while construction on vessels five and six has yet to begin.

In addition to the six Harry DeWolfe-class vessels ordered by the navy, Prime Minister Justin Trudeau announced in May that the Canadian Coast Guard would also be ordering two of these vessels to help replace the aging coast guard fleet.

“Inuit are coastal people. There are 13 communities in this resilient region and they’re all coastal communities…. So as coastal people Inuit have a vested interest in the operations as well as the duties of the navy ships deployed in Inuit Nunangat,” said Akeeagok.

Gleason also took some time to talk about his “ambitious plans,” including the creation of naval rangers, much like the programs offered by the Canadian Armed Forces.

But the Harry DeWolf, like the class of ships bearing the same name, has not been without criticisms.

According to the report, the design of the patrol ships is unsuitable for both the Arctic and for patrol purposes, in addition to having an extraordinarily high $700-million price tag, particularly when compared to similar types of American and Australian patrol vessels.

Despite the calls for the cancellation of the procurement of these ships, there are now two in the waters outside Halifax and by next summer the future HMCS Harry DeWolf could be plying the waters of Nunavut.