Community transmission confirmed in the capital 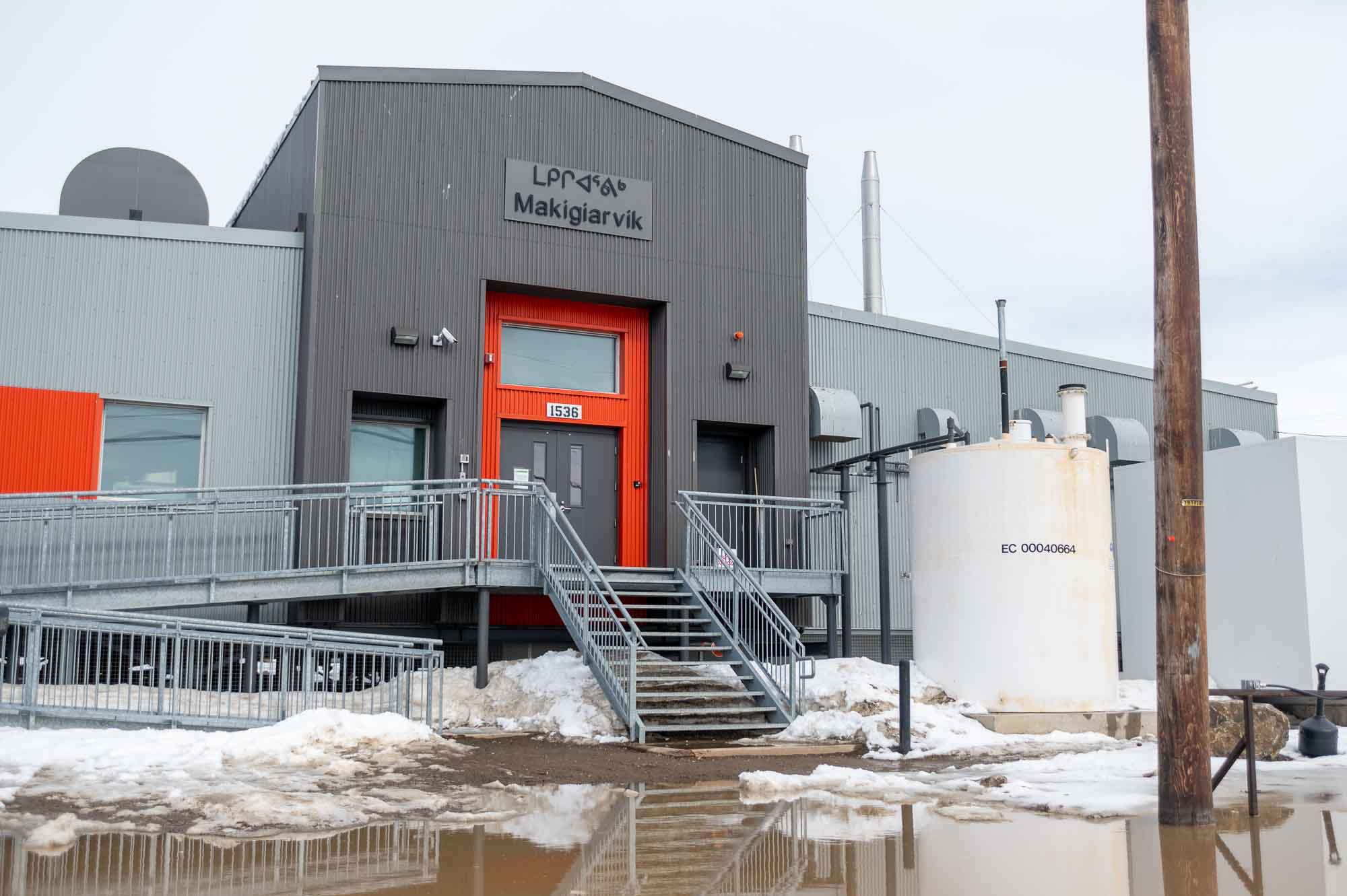 Among the 21 new cases of COVID-19 confirmed in Iqaluit since Wednesday, three of them were discovered at the Makigiarvik Correctional Centre. (Photo by Dustin Patar)

“Right now, we have a number of incidents of community transmission where we don’t yet know the exact link,” Patterson said during a news conference on Friday morning.

“We’re working on tracking those links down as best we can.”

Previously, there had been one unlinked case that Patterson had identified as “an event of community transmission,” though he stopped short of describing the outbreak using the same words.

Friday’s announcement came as 11 new cases and five recoveries were reported, bringing the city’s active caseload to 61. Across the territory, the number of active cases stands at 67, including four in Kinngait and two in Rankin Inlet.

While it is not yet known how it entered Makigiarvik, Justice Minister George Hickes said that the case at BCC was identified through a routine screening during the intake process.

The three cases at Makigiarvik were confirmed after those inmates developed symptoms.

All four inmates are now being isolated at BCC, which has not been repopulated since last month when a fire caused inmates to be evacuated from the facility.

All inmates at the correctional facilities have been tested for COVID-19 and separated into a cohort system to ensure physical distancing is maintained and to limit transmission, said Patterson.

The Moderna vaccine has been offered to all inmates and staff, but Hickes said he wasn’t able to give specifics on how many have actually been vaccinated, citing privacy reasons.

Patterson also announced that a staff member at the Tammaativvik medical boarding home has tested positive for the virus.

As a result, all residents who were at the boarding home during the exposure period are being notified and tested for the virus.

All in-territory medical travel flights departing from Iqaluit were cancelled Thursday to allow for that testing.

“Out of an abundance of caution, we took the steps to delay travel out for those who are there right now until we can get them swabbed and get that extra reassurance that it’s safe to travel,” Patterson said.

He expected those results to be available later Friday and said travel will be arranged, if possible.

Patterson reiterated that anyone who has left Iqaluit after April 7 must isolate for 14 days once at their final destination.

“That would include people who’ve left the boarding home in the last few days and that will apply to anyone who leaves Iqaluit for medical travel today or in any of the days moving forward,” Patterson said.

Public health staff are working on tracking people who left the boarding home and have returned to other communities, Patterson said. So far, the tests on all of those people have come back negative, he said.

The two new cases reported yesterday in Kinngait, the first in roughly a week, were identified through contact tracing and are connected to the original cases in that community, Patterson said.

As contact tracing is ongoing, Patterson asked residents to decrease their number of contacts.

“We know that the more social contact people have, the further and farther and faster this virus is going to spread,” he said.

During the first few days after Iqaluit’s outbreak was declared the average number of contacts per case was 10 or 12, Patterson said. Although that number eventually dropped, he said over the last few days it has begun to slowly rise again.

Patterson also announced that an Iqaluit resident had been medevaced to a southern hospital after developing complications related to COVID-19.

Roughly 75 per cent of the active COVID-19 cases are symptomatic, Patterson said.

Schools, bars and non-essential businesses are all closed. Restaurants are operating as takeout only and residents are working from home.

To help businesses being impacted by the current outbreak, Savikataaq announced that the Government of Nunavut has restarted its COVID-specific Small Business Support Program for the third time.

Nunavut small businesses can now once again access another round of contributions of up to $5,000. For more information and to apply, visit the program’s website.

“This outbreak has kind of changed our gears a little bit,” he said.

“We were looking at letting it expire, we’re going to have to reevaluate as things progress.”

The program allowed eligible employers to pay their lower paid workers more for the hours they work. The GN received funding from the federal government to administer the program.

On Thursday, Savikataaq, alongside other premiers, met with Prime Minister Justin Trudeau to discuss the country’s COVID-19 response.

According to Savikataaq, the meeting was fruitful.

“He assured us that we are getting more COVID funding to help us out with our current outbreak,” he said.

The government’s next COVID-19 update will be held on Tuesday, May 4, at 11 a.m. eastern time.