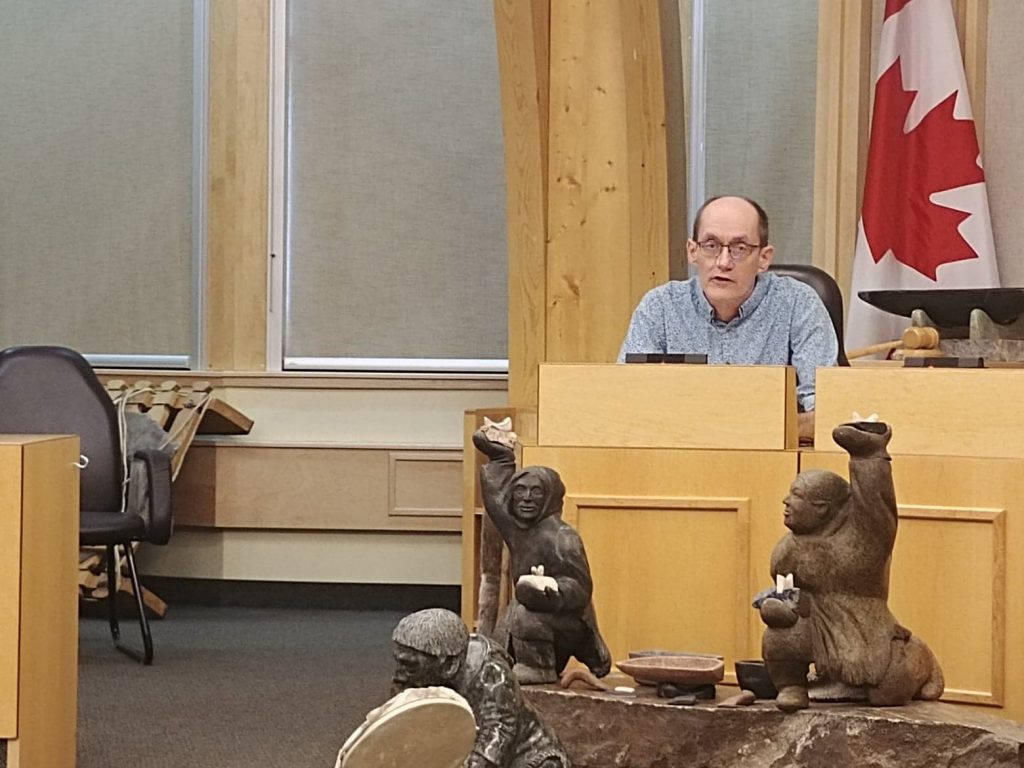 The Government of Nunavut is setting up two new machines to diagnose COVID-19 in the territory.

The devices, called BioFire, have panels that can test for 14 different pathogens that cause respiratory tract infections, including COVID-19.

Once these new devices are set up and approved by Health Canada, and assuming cases of COVID-19 continue to decline in southern locations frequented by Nunavummiut, the requirement for returning residents to isolate for 14 days before entering the territory will be reconsidered.

“I don’t know exactly when we’ll be able to start using them,” Patterson said. “I don’t want to give a date because I wouldn’t have guessed we’d be in July and we’d still be having this conversation.”

There are two machines that can test for COVID-19 currently in Nunavut—one in Iqaluit and one in Rankin Inlet. They’re called GeneXpert machines. The problem is, there’s a worldwide shortage of cartridges for them, Patterson said.

Cartridges are needed to operate the machines. Nunavut gets 20 to 30 a week, which isn’t enough in the event of an outbreak of COVID-19.

“In an outbreak we could use up the amount that we get in a month in three or four days,” Patterson said.

The machines do allow the Department of Health to perform tests and get results in-territory. That eliminates a delay of five days on average caused by sending tests to labs in the south.

“We reserve the GeneXpert for situations where a delay of even a few days is too high of a risk—elders homes, congregate housing, shelters. Situations like that,” Patterson said.

“And I don’t know when they’re going to solve that shortage.”

The public health office is working to get BioFire approved by Health Canada in Iqaluit and Rankin Inlet.

“It sounds like the manufacturers of the BioFire will be able to deliver enough cartridges to meet our needs for even our routine testing,” Patterson said, meaning that when they’re up and running tests won’t have to be sent south.

There’s one machine ready to go in Iqaluit, and lab staff have started work to get it approved by Health Canada “either last week or this week,” Patterson said.

The health centre in Rankin Inlet is undergoing renovations so the machine there can be set up.

Once the machines are approved by Health Canada, they can be used to test for other respiratory tract infections, like pertussis, respiratory syncytial virus or RSV, and other pathogens “that we deal with on a regular basis in Nunavut,” Patterson said.

Meanwhile, tests to confirm whether or not the positive test result obtained using Baffinland’s machine at the Mary River mine was accurate will take longer than expected.

That’s because the test swabs the mine uses were either not compatible with lab machines in Ontario, or not federally approved, said Patterson.

The mine sent test swabs to Iqaluit this past Friday, a day after the presumptive positive was announced. In Iqaluit it was determined they swabs weren’t compatible. The Department of Health sent the correct swabs on a charter plane to the mine, a test was done, and the swabs were sent back.

“I’m not sure if they got to Iqaluit in time for Friday’s flight, I think probably not, in which case they would have gone out Sunday,” Patterson said.

The test results from the mine’s machine will be considered presumptive until they’re confirmed by a Health Canada-validated lab in the south.

The person who tested positive, along with seven other people linked to them, continue to self-isolate at the mine site. None of these individuals are showing symptoms of COVID-19.