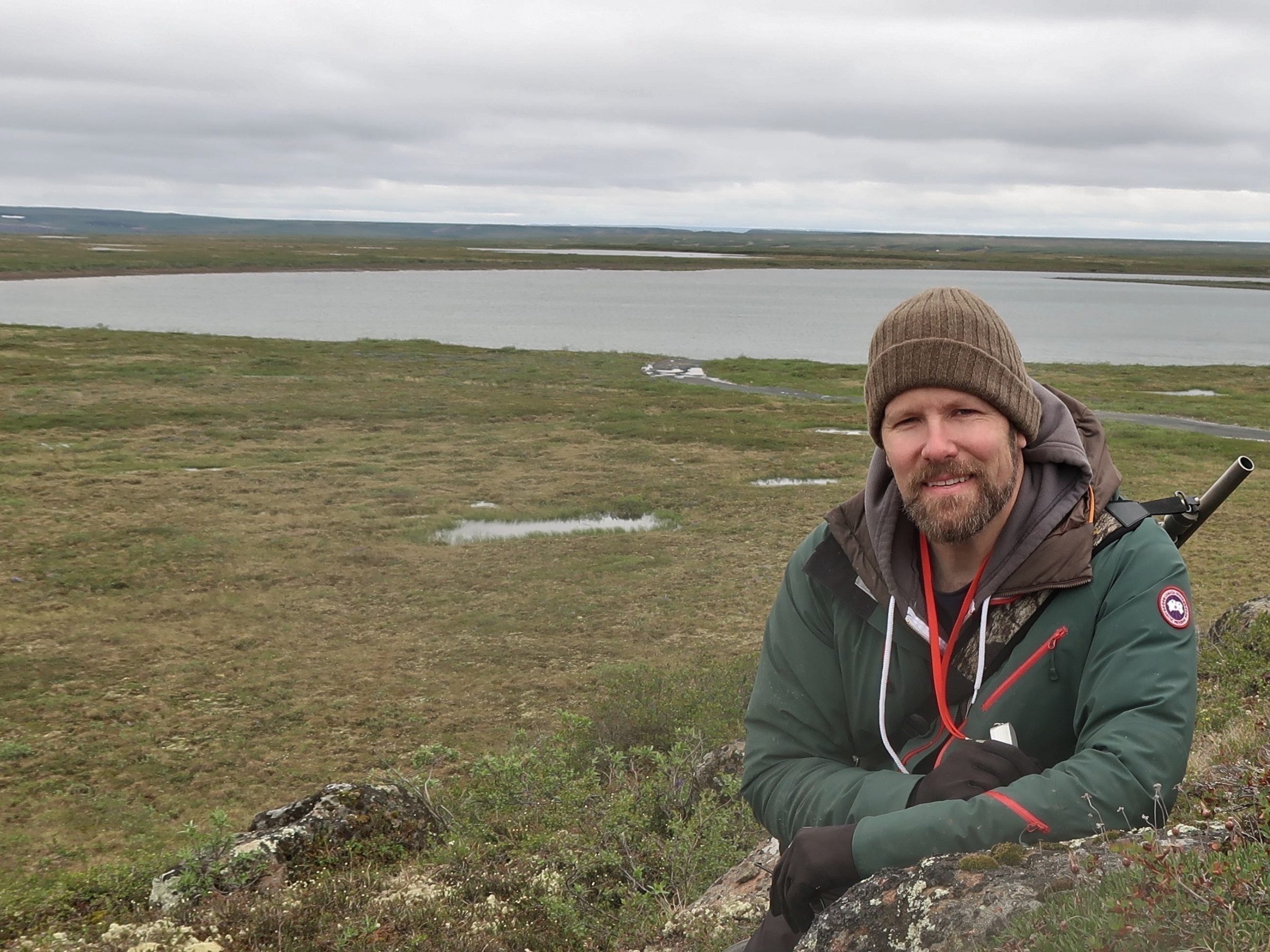 Troy McMullin, a lichen researcher with the Museum of Nature, visited Cambridge Bay and Kugluktuk earlier this month as part of an effort to catalogue the Arctic’s biodiversity using a new approach, called DNA barcoding. The project, which is being led by the Centre for Biodiversity Genomics at the University of Guelph, is called Arctic Bioscan. (Photo courtesy of Maria “Masha” Kuzmina)

Imagine being able to identify Arctic species with nearly the same ease with which barcodes are scanned in a grocery store check-out.

That’s the ambition of a project led by the Centre for Biodiversity Genomics at the University of Guelph, dubbed Arctic Bioscan.

The project, funded with $1.8 million over two years from Polar Knowledge Canada, depends on advancements in technology used to read the genetic coding of organisms, and the development of a concept known as DNA barcoding.

The idea is that you can produce a unique code for each species by looking at short, standardized bits of DNA. That makes it much easier to classify hard-to-identify species.

Arctic Bioscan is part of a bigger endeavour to catalogue the world’s biodiversity, called the International Barcode of Life, and an even bigger database of DNA sequences, called GenBank.

Developing a database of Arctic species should give us a better idea of how climate change is affecting the region.

After all, “We can’t say things are changing if we don’t know what’s there,” said Troy McMullin with the Canadian Museum of Nature.

He’s one researcher involved with the project, who studies something that can be particularly tricky to identify: lichen.

Lichen’s not quite a plant, although it’s easily mistaken for one. Instead, as McMullin has put it, it’s “a fungus that’s discovered agriculture.” It cultivates algae, or in rare cases cyanobacteria. These crops turn sunlight into carbohydrates, which the fungus then eats.

Properly classifying lichen can take years of training and the use of specialized lab equipment. That process is much simplified with DNA barcoding technology, which allows a non-expert to collect a sample that’s sent to the University of Guelph’s labs for analysis.

“You don’t have to be a specialist anymore to get an answer,” said McMullin.

But McMullin says that hasn’t yet made specialists like him redundant. To find particular species, you still need to know where to look. 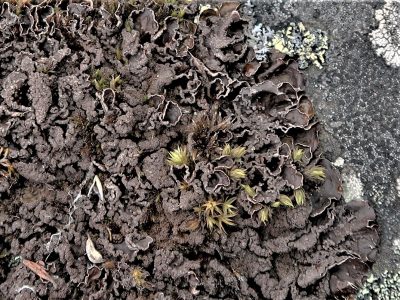 This powdery kidney lichen, found by Troy McMullin near Kugluk Falls, is the first of its kind to be documented in Nunavut. (Photo courtesy of Troy McMullin)

Take the powdery kidney lichen he found near Kugluk Falls. Big, showy lichen like it are usually well-document in the Arctic, while trickier-to-spot species tend to fly under the radar.

Yet McMullin managed to make the first documented find of the species in the territory during his first trip to Kugluktuk and Cambridge Bay for several weeks earlier this month.

“It’s a classic boreal species. But it found a home next to Kugluk Falls, right near the spray zone area,” said McMullin.

“It probably worked its way up the Coppermine and was able to colonize in the Arctic, presumably because of the influence of the waterfall, whether it was the moisture or it was keeping it warmer.”

McMullin has visited different corners of Nunavut each summer for the past few years, as part of the Museum of Nature’s long-running program to catalogue Arctic plants and lichen, but this was his first foray into the Kitikmeot. 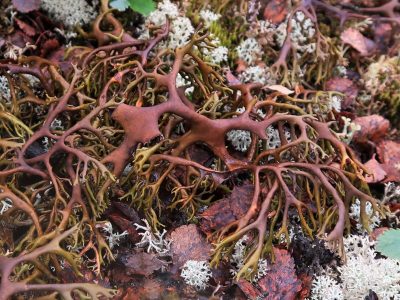 This species of lichen, known as Arctic tumbleweed, is more commonly found in the western Canadian Arctic. (Photo courtesy of Troy McMullin)

He was excited to encounter species like Arctic tumbleweed and Arctic oakmoss, which are more commonly found in the western Arctic.

And he was surprised to find hanging fringe lichen—which is rare in much of Canada—in abundance in Cambridge Bay.

During past trips to Nunavut, McMullin spoke to elders who recounted a variety of traditional uses for lichen. It’s been used variously as a fire starter, as a candle wick in oil lamps, and the bigger, spikier varieties were sometimes topped with animal hides and used as bedding.

When McMullin visits Nunavut and explains his job, “I get the same response that I get in the south,” he said. “And that’s usually, ‘What is a lichen? And there’s a job studying those things? That’s incredible.’”

“We tend to focus our attention on things that are bigger … like pandas or polar bears or big trees. But there’s no less value with lichens,” he said.

“There are more than a thousand chemicals that occur in lichens that don’t occur anywhere else in the natural world. Who knows what those things could be used for? If they have to have some kind of utility.

“If we just care about the intrinsic value, they’re really important for so many things in the ecosystem. It’s worth knowing and understanding where all our species are.”