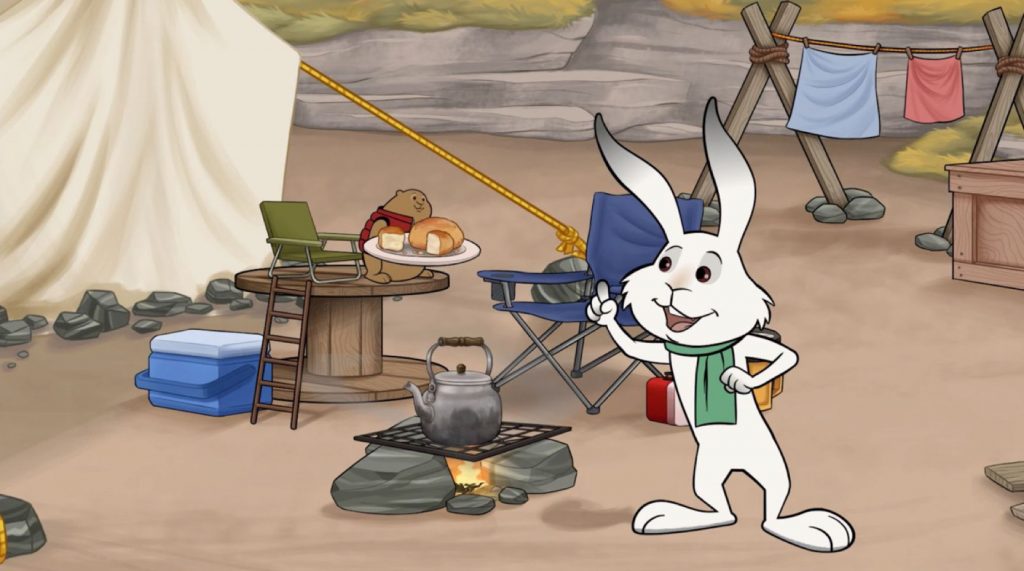 Thanks to Taqqut Productions Inc. and the Nunavut Independent Television Network, the parents of Inuit preschoolers will gain online access to a new animated series that entertains and teaches.

The 13-part series, Ukaliq & Kalla, which features an all-Inuit cast of voices, is aimed at kids aged two to five.

You can start watching it today, through NITV’s website.

The two main characters are Ukaliq, an “excitable and impulsive” Arctic hare, and his sidekick Kalla, an “even-tempered and intelligent” lemming.

“Well-meaning but impatient, Ukaliq is always getting into trouble! He loves to play but he doesn’t always think things through,” Taqqut said in its publicity material.

In each 11-minute episode, foolish Ukaliq, voiced by Vinnie Karetak, often gets himself into sticky situations that wise Kalla, voiced by Thomas Anguti Johnston, must help him out with.

And it’s through Kalla that the series provides simple life lessons for kids.

“He is a good friend to Ukaliq, always there to keep him grounded, and when they go on adventures together, Kalla teaches Ukaliq traditional skills, reminds him to stay calm, and always helps by lending a hand when Ukaliq is in need.”

The show is based on the book “Ukaliq and Kalla Go Fishing,” written by Nadia Mike and published in 2018 by Taqqut’s sister company, the well-known book publisher Inhabit Media.

“To get the attention of Nunavut children, we knew we needed something fun and captivating, where the characters lived in a world similar to Nunavut. Ukaliq and Kalla was an idea born from that desire and the need to make something relevant to the North,” Neil Christopher of Taqqut Productions said in a statement.

Taqqut Productions, based in Iqaluit and Toronto, is the film production partner of Inhabit Media.

The Nunavut Independent Television Network, which is associated with IsumaTV of Igloolik, bills itself as “Canada’s first artist-run media centre located in a remote Inuit community.”