Consultations with hunters could lead to increased total allowable harvests 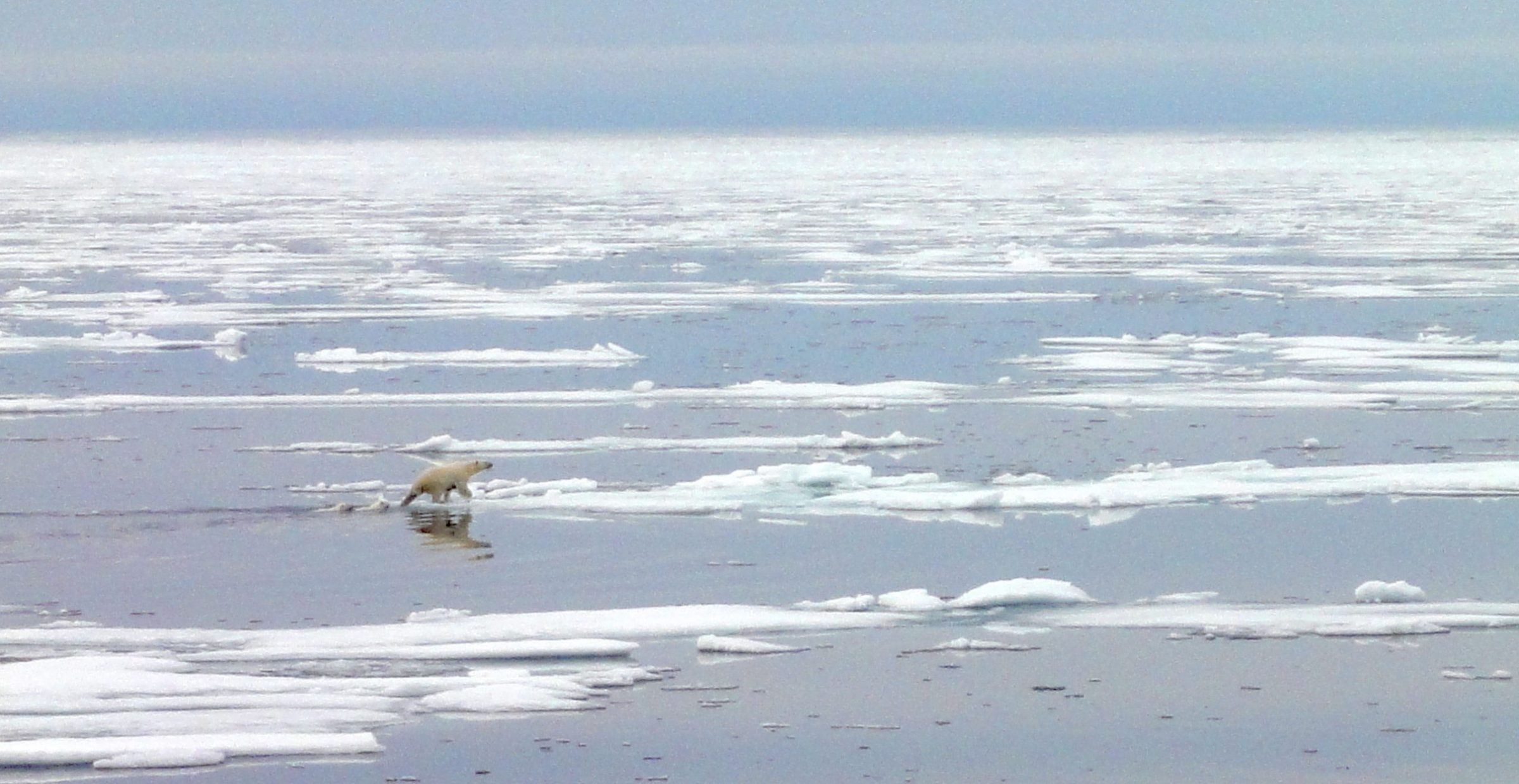 A polar bear with two cubs makes her way across the ice near Gjoa Haven, where a new Government of Nunavut survey says the population of polar bears is “currently healthy.” (File photo)

Government of Nunavut officials plan to talk to hunters and trappers organizations about new survey results for two of the territory’s 12 polar bear subpopulations, at M’Clintock Channel and the Gulf of Boothia.

Joe Savikataaq, Nunavut’s premier and environment minister, told the legislature on Wednesday, Sept. 23, he was “pleased to report that the Gulf of Boothia and M’Clintock Channel polar bear subpopulations are currently healthy.”

Savikataaq said HTOs in the affected communities (Kugluktuk, Cambridge Bay, Gjoa Haven, Taloyoak, Kugaaruk, Igloolik and Sanirajaq) and co-management partners have been informed about the results of the most recent surveys.

The surveys, started in 2014 in M’Clintock Channel and in 2015 in the Gulf of Boothia, aimed to provide updated information on the abundance of polar bears in the two subpopulations, which had not been surveyed since 2000.

Based on the results, consultations with the HTOs could lead to increases in the total allowable harvests.

For the past six years, a total allowable harvest of 12 has been in place for the M’Clintock Channel subpopulation, which is harvested by Nunavut hunters in Cambridge Bay, Gjoa Haven and Taloyoak.

The polar bear population in M’Clintock Channel was pegged at only 284 animals during the last survey, 20 years ago.

The polar bear harvest in M’Clintock Channel, which had averaged 22 to 38 polar bears a year during the 1990s, ended abruptly in 2000, when the United States Fish and Wildlife Service stopped issuing permits to allow sport hunters to take trophies into the United States from bears hunted in the channel.

The Nunavut Wildlife Management Board and the Nunavut government followed with a moratorium on all polar bear hunting in M’Clintock Channel.

The moratorium stayed in place until 2005, when the total allowable harvest was increased to three, and then increased again in 2014 to 12.

Hunters in Igloolik, Sanirajaq, Taloyaok, Kugaaruk and Gjoa Haven harvest bears from the Gulf of Boothia subpopulation, with a total allowable harvest of 74 a year.

The last population count in the Gulf of Boothia also dates from 2000, when the survey estimated there were about 1,592 polar bears.

Savikataaq also said that the Environment Department is now preparing to survey the Lancaster Sound and Norwegian Bay subpopulations, “which are also a priority for communities in North Baffin.”

The cornerstone of that co-management plan is the one-to-one male-female harvesting ratio for all Nunavut subpopulations.

This means it won’t make any difference if a harvested polar bear is male or female, as long as the balance between males and females is maintained.

The new one-to-one harvest ratio was adopted so communities could continue with defence kills.

While the new plan doesn’t call for total allowable harvest increases, these will be considered as new data, such as that from the recent surveys, becomes available.