New podcast shines light on life in the Arctic 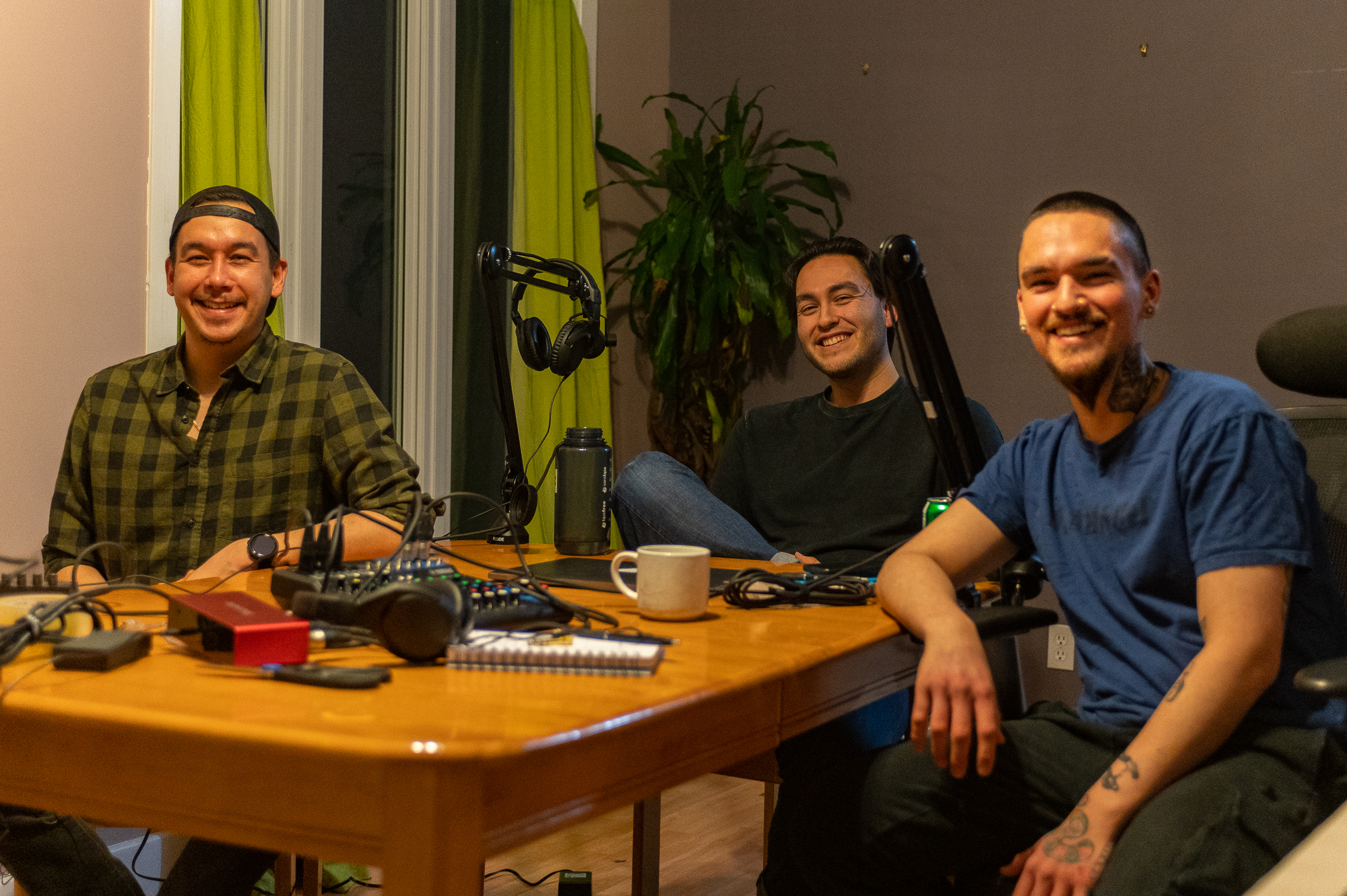 Bernard Choquette (left), Simeonie Kisa-Knickelbein and MisterLee Cloutier-Ellsworth are the hosts of a new podcast, Smoke Break, that aims to casually talk about life in Iqaluit and the Arctic as a whole. (File photo)

You never know what you might learn after a few minutes of casual conversation.

Be it huddled in a circle, surrounded by the faint glow of cigarettes, or congregated around the water cooler, there’s always the chance to get a new perspective on things.

That’s the idea behind Smoke Break, a new podcast based out of Iqaluit.

“When you don’t know someone, like just a random co-worker, you go for a smoke break together and you just end up learning about them,” MisterLee Cloutier-Ellsworth said about the premise.

“You just have a good conversation.”

Cloutier-Ellsworth is a rapper, and he’s joined forces with filmmaker Simeonie Kisa-Knickelbein and Bernard Choquette, who has performed as part of a comedy duo. But for the podcast, the trio simply bill themselves as three modern-day Inuit youth.

They plan to discuss a diverse range of topics — as Choquette says in the first episode, “willy nilly.”

The first episode of Smoke Break came out on Jan. 13 and while it mostly focused on introductions, a common theme throughout the conversation was identity.

Choquette, Cloutier-Ellsworth and Kisa-Knickelbein have all spent time down south and weighed in on those experiences.

“It was a double-edged sword,” said Choquette in the episode.

On one side of that sword, Choquette says he was missing half of his identity. On the other, as the token coloured family, “people wanted to be our friends.”

The group plans to add guests to future episodes, like friends, Iqaluit residents experienced in specific fields, and maybe even Mayor Kenny Bell.

“We don’t want to be a serious political podcast, we just want to be easy to listen to,” Cloutier-Ellsworth said.

So far, it’s something that their audience appreciates, according to Kisa-Knickelbein, who said he’s gotten feedback that listeners feel like they are just hanging out with the hosts.

While the podcast is casual conversations, that doesn’t mean the topics won’t veer into the serious.

Kisa-Knickelbein points out it’s a part of Inuit culture to talk about heavy things, and then laugh about it. That’s another aspect of the show the hosts say listeners have noticed.

“A lot of people have been saying that they enjoy how it’s three Inuk men … how we’re kind of being vulnerable,” Choquette said.

Since the podcast launched, the trio have picked up nearly 1,000 followers on social media, with roughly half of those signing up on the first day.

Although the idea for the podcast had been over a year in the making, it was made possible through the Nunavut Film Development Corporation’s storytelling fund.

The trio plan on releasing a new episode every Wednesday and hope to one day be able to livestream their recording sessions.

Smoke Break can be found on most major podcast platforms.