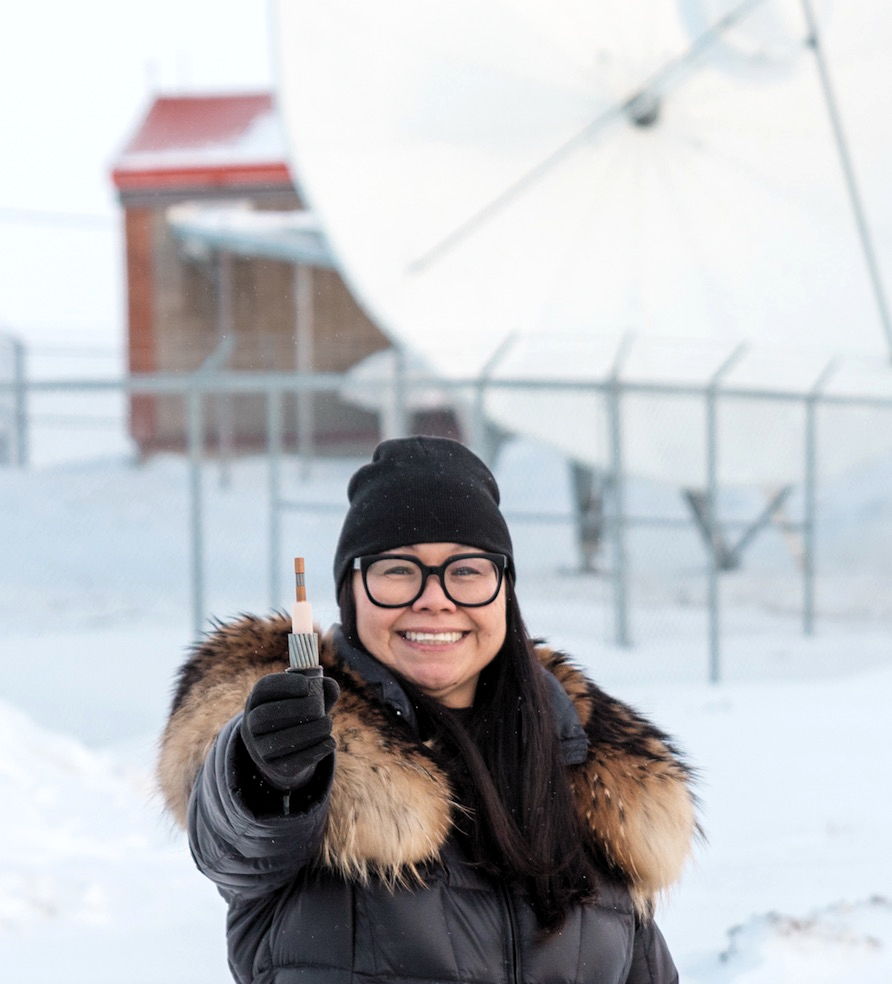 The path leading to a better Nunavut telecom system may well run under the ocean — through undersea bundles of fibre-optic cable.

But which route will Nunavut end up with?

It also might mean the possible demise of the Government of Nunavut’s $209.5-million proposal to install its own fibre-optic cable between Iqaluit and Nuuk, Greenland.

Cunningham and Redfern say their proposal requires no spending by the Government of Nunavut.

The GN, according to its 2021-22 capital estimates, has already spent $4 million in preparatory work on its Nuuk-Iqaluit cable project, and plans to spend another $54.5 million. The federal government is expected to contribute the remaining $151 million.

The territorial government has not issued a request for proposals on the project, according to its 2020-23 business plan.

“We can bring these things in at a lower capital cost than governments,” Cunningham told Nunatsiaq News in an interview.

CanArctic also says fibre-optic cables are a safer bet than the various proposals for low-Earth-orbit satellite systems. They say satellites come at a higher price and represent an unproven technology.

Marine fibre-optic cable has roughly the same width as a garden hose. But it’s capable of transmitting vast amounts of data at the speed of light.

Cunningham says he has worked for more than 35 years in the international marine cable business. Another company he’s involved with, Crosslake Fibre, has installed fibre-optic cable across Lake Ontario and is involved in projects in North America and Europe.

He was also the CEO of an earlier company, Arctic Fibre, which pitched a fibre-optic system for the Arctic in 2012. In 2016, an Alaskan company bought the assets of Arctic Fibre and built an undersea cable along the northern Alaskan coastline. 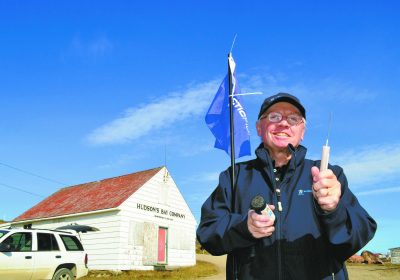 Doug Cunningham, the CEO of CanArctic Inuit Networks, stands at the Apex beach in 2012, when he served as CEO for Arctic Fibre Inc. (File photo)

Under the first phase of its scheme, CanArctic would install a 2,104-kilometre high-speed fibre-optic cable between Iqaluit and Clarenville, Nfld.

From there, Nunavut internet traffic would be directly connected to the networks in North America.

Along the way, a company in Nunatsiavut would install branch lines to six locations on the northern Labrador coast: Nain, Voisey’s Bay, Natuashish, Hopedale, Makkovik and Postville.

Later, branch lines would connect with many Qikiqtani communities, as well as with Salluit, Nunavik.

CanArctic has reached out to a variety of federal government infrastructure and broadband programs to contribute roughly 75 per cent of the SednaLink project’s required financing of $107 million. It expects private sector investors will make up the rest.

Cunningham said he estimates the annual operating cost of the SednaLink cable at around $9 million.

Once it’s up and running, the company would generate revenue by selling wholesale bandwidth to existing companies like Northwestel, SSi Canada, Iristel — and even the Government of Nunavut, Cunningham said.

SednaLink comes with another potential advantage.

Under the government’s plan, internet traffic from Nunavut and Canada would flow through a marine cable containing equipment installed by Huawei Marine, a former subsidiary of the state-owned Chinese firm Huawei Technologies. The marine cable, called Greenland Connect, was laid between Nuuk and Newfoundland in 2008. It’s operated by TELE Greenland.

That Greenland Connect line was upgraded in 2017 — by Huawei Marine, which installed Huawei terminal equipment.

That means the GN plan may raise potential national security concerns, given the vast amounts of unencrypted data that would flow from Nunavut into the Greenland Connect line.

Many western countries fear equipment installed by Huawei Technologies, which has close ties to the Chinese government, could be used by the People’s Republic of China for various types of cyber-espionage.

For that reason, some countries have acted to limit or ban the use of Huawei equipment within new 5G next-generation cellular networks.

Huawei Technologies sold Huawei Marine in 2019 to a China-based firm called Hengtong Optic-Electric, which is partly owned by a member of China’s National People’s Congress.

But in 2019, the Washington Post reported that even under its new owner, Huawei Marine, is still perceived to be a potential threat.

Meanwhile, CanArctic Networks hopes to get its Iqaluit-Newfoundland cable installed by November 2022 — but that’s only if financing comes together quickly.

“If we don’t get the support within the next two months, this project will be potentially delayed by another year,” Redfern said.

That’s because of the short Arctic shipping season. Laying cable and onshore preparatory work can only be done during ice-free months.