NNSL newspapers to keep serving the North after buyout by B.C. publisher

“It’s the people who make the news,” not the company, says Northern News Services Limited publisher 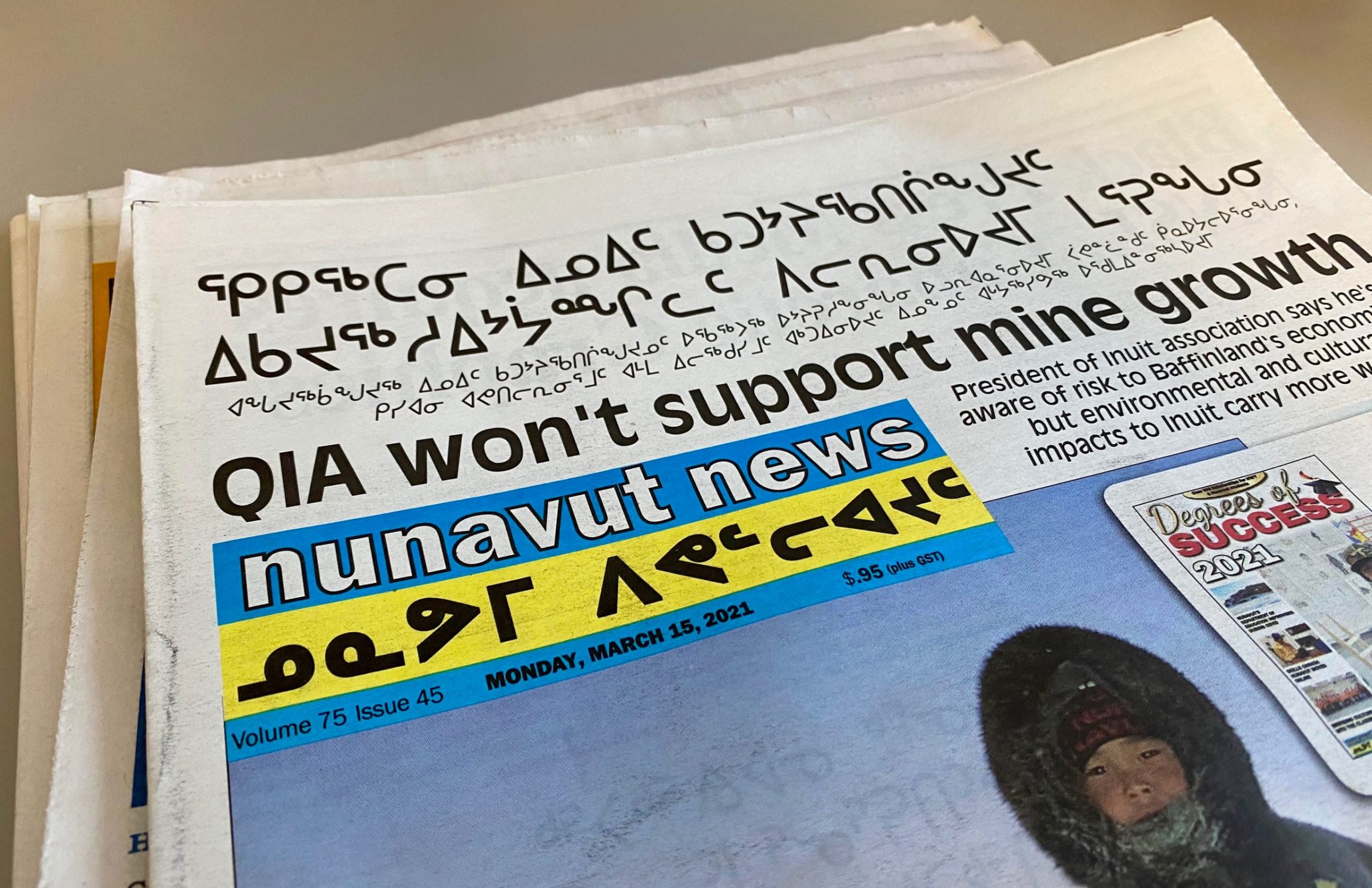 Nunavut News, Kivalliq News and five other northern newspapers will be owned by Black Press Media, a B.C.-based publisher, at the end of the month. (Photo by Mélanie Ritchot)

“Nunavut News and Kivalliq News are going to continue sending our newspapers … and we’re going to carry on reporting as we always have,” said Bruce Valpy, the publisher and CEO of NNSL Media.

Valpy said in an interview on Tuesday he is confident the papers will continue serving their northern readers, despite having their corporate headquarters in B.C.

“There’s no question about it,” he said, adding that other northern papers are already based in the south, and “it’s the people who make the news,” not the company.

“There’s no way anybody’s going to control the editorial or change the perspective of the paper,” Valpy said.

Black Press will take ownership of seven northern newspapers and Canarctic Graphics, NNSL’s printer, based in the Northwest Territories, at the end of the month, the companies announced on March 11.

After the deal closes on March 31, Black Press will own Kivalliq News, Nunavut News, the Inuvik Drum, the Hay River Hub, the Yellowknifer, the Weekender and NWT News/North.

Valpy said across the newspapers, websites and printer, NNSL has 50 employees and about 47 of them will keep their jobs through the buyout. He said as far as he knows, jobs that will be lost are related to duplicate positions between the two companies.

Rick O’Connor, president and CEO of Black Press Media, said in a news release, “we are very pleased to purchase these companies.”

“Our experience with community newspapers in Canada’s North has been very favourable,” he stated, referring to the company acquiring Yukon News in 2013.

NNSL was founded by Jack Sigvaldason in 1972, when he launched the Yellowknifer. When he died in 2018, his daughter Karen Sigvaldason became the president of NNSL Media and Canarctic.

In the release, she said her father “believed passionately in the strong role of NNSL and Canarctic in serving the people of the North,” and she is confident Black Press Media will continue that tradition.