No deadline to make Inuktut the working language in Nunavut government, says premier

“That is what we expected when we got Nunavut and that was how Nunavut was meant to be,” says Aggu MLA Paul Quassa 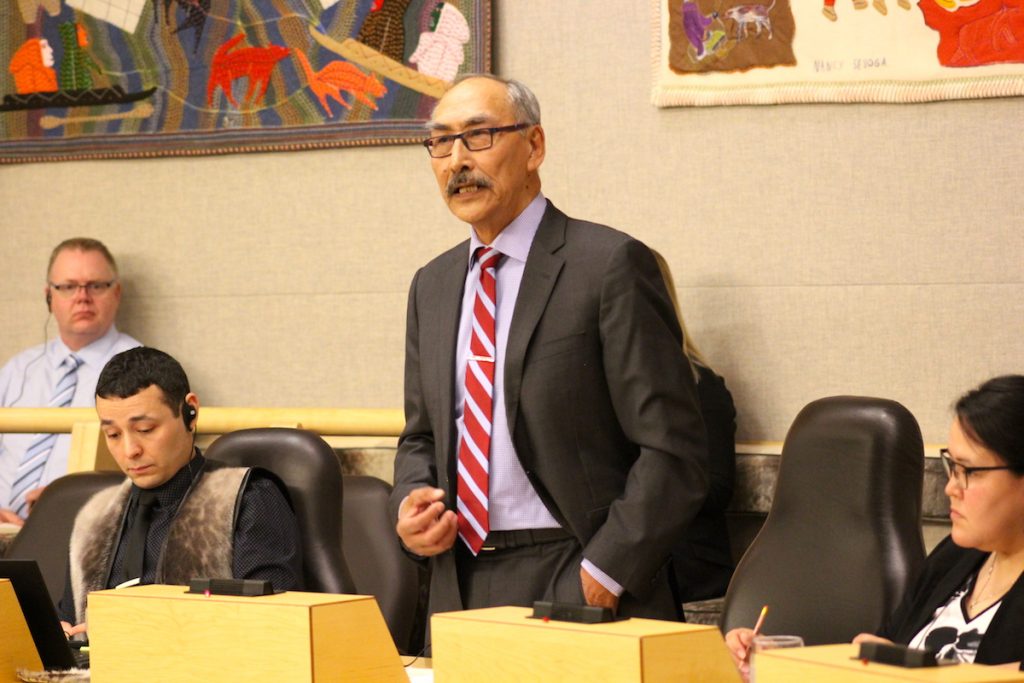 When Nunavut was created 20 years ago, it was expected that Inuktut would be the territorial government’s working language, Aggu MLA Paul Quassa said in the legislature on Wednesday, Oct. 30.

“That is what we expected when we got Nunavut and that was how Nunavut was meant to be, that was the meaning…. The core of the government continues to use English as its main working language, its everyday working language,” Quassa said through translation.

Quassa turned to question Nunavut’s premier, Joe Savikataaq, on what his plans were to change this.

“I wish to ask the premier if his government has a goal, with a timeline, for implementing a system where non-Inuktut speakers will be expected to provide services in the working language of Inuktut,” Quassa said.

Savikataaq said although the government’s Department of Human Resources has funding for government staff to learn Inuktut or upgrade their knowledge of the language, he does not have a set date for when Inuktut will be the official working language.

Quassa went on to say that although the government has funding for Inuktut training, learning the language does not seem to be enforced.

“When the first qallunaat came to our homeland, they had no choice but to learn our language to ensure that their message was understood to the people that they served, such as the ministers and priests and other people like Hudson’s Bay Company.”

Quassa added that many people learned the language within a year, while some learned within six months.

“Can the premier tell Nunavummiut how he plans to take the first step in building up the momentum to have the Nunavut government operating day-to-day in our own Inuktut language?” Quassa asked.

Savikataaq restated that there is funding available for staff to learn Inuktut if they choose to do so.

“There is money available for that, to improve their position, they can take training. It’s available. The member used to be the minister of culture. The member is quite well aware that the money is available there,” Savikataaq said.

But for Quassa, having Inuktut training as an option for Government of Nunavut staff is not enough.

“Does the premier remember why we got Nunavut or was he just newborn when Nunavut was created? The government was supposed to run in Inuktut and people are still expecting it today. But still nothing,” Quassa said.

He also highlighted the Greenlandic government as an example, where “the Inuit there use their language on a daily basis … they probably fly there with the pilots using their language.”

“When I go to a store in Greenland, they use their language. They operate using their language. So I ask the premier, things that we have seen in other Inuit lands not in Nunavut, looking at them…. Can [the premier] learn from these other jurisdictions so that within Nunavut our government headquarters can run in Inuktut?” Quassa asked.