Researchers sifted through the stomachs of 142 seals harvested across Nunavut 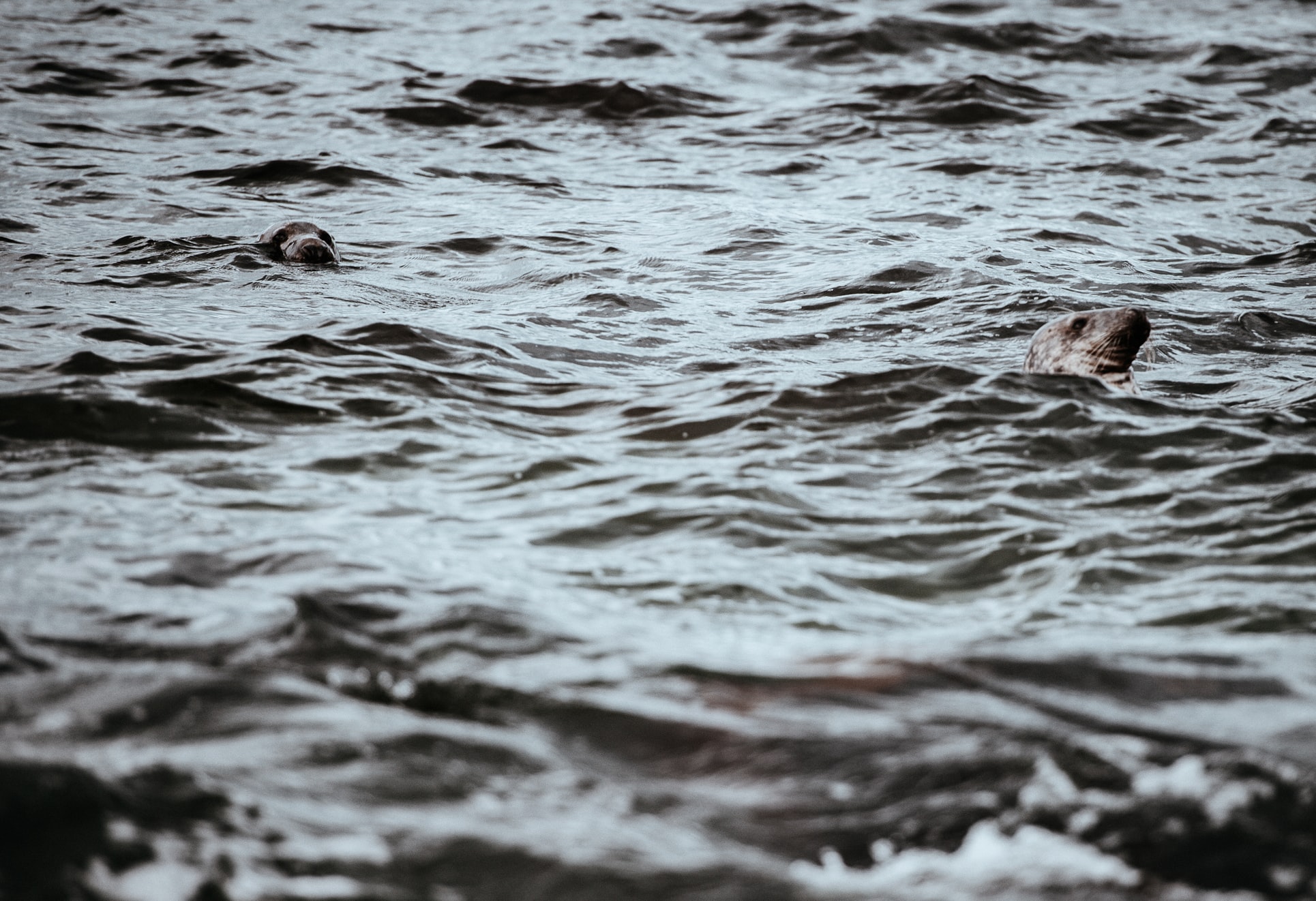 A new study found no microplastics in the stomachs of eastern Arctic seals. (Photo by Annie Spratt/Unsplash)

While it’s well-known that tiny pieces of plastic have made their way into the Arctic Ocean, it’s remained unclear how these microplastics are affecting marine mammals like seals.

So a new study that looks at the stomach contents of eastern Arctic seals, published this month in the scientific journal Marine Pollution Bulletin, has some reassuring news.

“We detected no plastics in any of the stomachs,” said the study’s lead author, Madelaine Bourdages, a second-year master’s student at Carleton University.

Out of the 142 samples collected between 2007 and 2019 by hunters across Nunavut, none contained microplastics larger than 425 microns—about 0.4 millimetres in size.

“We didn’t want to go anything smaller than that because that’s getting into sizes that are likely going to pass through the seal’s system.”

The focus of Bourdages’ study wasn’t simply about the presence of microplastics but rather if there was an accumulation of them in the seals.

“In regions where subsistence hunting accounts for an important nutrient source, it is critical to examine plastic ingestion and accumulation in species that may result in negative effects on wildlife or its consumers,” said the report.

Part of the reason Bourdages and her colleagues predicted that plastics would be found in the seals comes from the work of her project supervisor, Jennifer Provencher, whose research into northern fulmars found that over 80 per cent of the Arctic seabirds had plastic in their guts.

Because of these high plastic ingestion rates, seabirds such as the northern fulmars serve as indicators of how much plastic is in the region they feed.

Given the availability of seals and their importance both culturally and economically, the question Bourdages wanted to answer was the following: “Could we potentially use seals as another indicator species?”

According to their findings, the answer is no.

Despite not finding what they had expected, Bourdages and her colleagues view their results as good news: “This is something hopeful.”

While the study provides important baseline data, it also indicates more must be done.

“In order to gain a complete understanding of the extent of plastic pollution and to mitigate the impacts on the environment, it is paramount that we identify the species and regions in which plastic ingestion is occurring,” concludes the report.

Bourdages also acknowledges that had they looked for microplastics smaller than 425 microns, “we could potentially have found those.”

Although there are no current plans to do that, Bourdages said she was open to the idea.

“Not actually that surprising that we found them”

Another study that was also published in the January issue of Marine Pollution Bulletin did look for smaller microplastics and found them in seven western Arctic Beluga whales.

For Rhiannon Moore, a researcher at Ocean Wise and the paper’s lead author, the results weren’t entirely surprising.

“Based on everything that I’ve learned about microplastics, we know that they’re everywhere. So it’s not actually that surprising that we found them. They’ve been found in deep-sea sediments, they’ve been found in snowpack and glaciers and on remote islands, and so why wouldn’t we also find them here?”

On average, Moore found around 10 microplastics per animal.

To account for the fact that only portions of the gastrointestinal tract were examined, rather than the whole animal, those numbers were then used in estimates that suggest there may be anywhere between 18 and 147 pieces of microplastics in each animal.

Even with these findings, it’s likely there are no physical impacts of these plastics because of the size of the particles.

“I don’t think that people necessarily should be alarmed by it just because belugas are massive creatures and the volume that we found was quite small. So the health impacts are likely very, very minimal,” said Moore.

“Belugas are up against other challenges that are likely just as detrimental to their health, if not more so. They’re definitely still a healthy source of food for people that harvest them.”

“It’s possible that if I used their methods, I wouldn’t have found plastic,” said Moore.

“But their methods allowed them to examine over 100 seal stomachs, so they have a much larger snapshot of potential plastic pollution.”

Although the two papers had different purposes and different results, for Moore there is at least one similarity, “Both are major success stories.”

”They’re proof that having a relationship with those on the front line of environmental change, in this case, Inuit, are some of the best people to work with and their contribution is completely essential to understanding how plastic pollution can potentially impact the Arctic and the species within them.”

The next step is trying to figure out where the microplastics came from, or if the fish and other prey found in the stomachs of the seals and belugas contained plastics, something Moore is now working on.

“Microplastics don’t have a barcode on them that tells us exactly where it originated from, where it’s been and how it got there. So it’s like a crime scene, trying to figure out where these particles are from and how they’ve gotten there,” she said.

“But we’re trying to solve the case, and if not solve the case, then at least contribute to our understanding of this contaminant, because it’s still really mysterious.”

But for Moore, these unknowns aren’t an excuse for inaction.

“I think that excuse was kind of used a lot, like sometimes we say, ‘Oh, well, we need more research, we need to quantify things more,’ which I agree with in some instances, but we also see the impact of plastic debris, it’s there and it’s very obvious,” she said.

“Reducing our plastic consumption and reducing the flow of all of the plastic into the ocean is essential and that’s something that we need to do.”