‘Nobody knows for sure’ how Iqaluit’s water became recontaminated, says Patterson 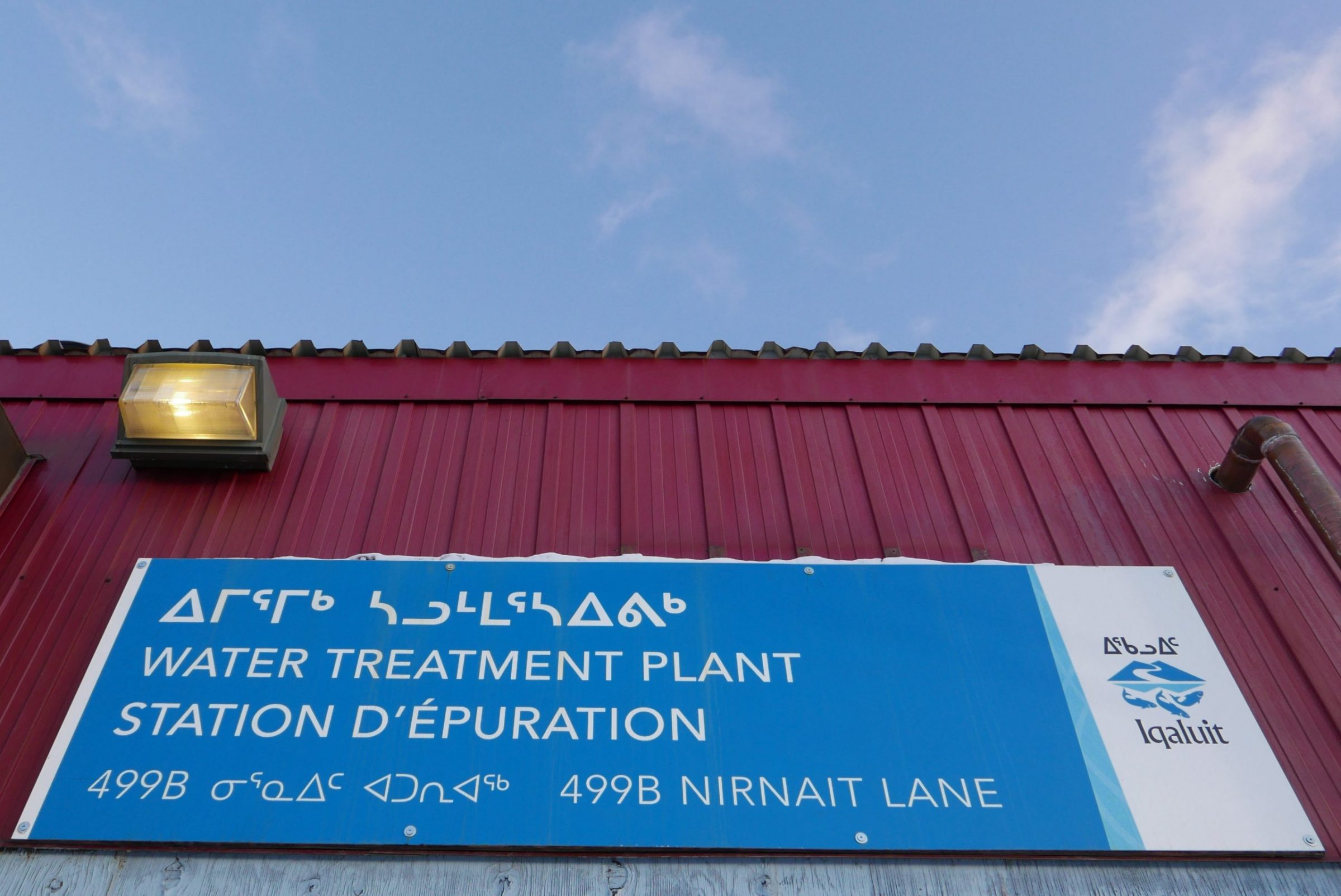 Iqaluit’s water treatment plant is offline while public officials search for answers on how the city’s water supply was recontaminated with fuel this month. (File photo by David Venn)

Officials are still trying to figure out why fuel keeps showing up in the Iqaluit’s treated water system, even after the suspected source of last fall’s fuel contamination is now clean.

“The obvious question is where are these hydrocarbons coming from and at this point nobody knows for sure,” said chief public health officer Dr. Michael Patterson in an interview.

Iqalummiut spent two months under an advisory to not consume their water, issued by the Health Department on Oct. 12 after fuel was found in the city’s water treatment system. On Dec. 16, six days after the advisory was lifted, the water at the treatment plant became contaminated again.

On Jan. 13, people in the city began to report a fuel smell had returned to their water. City spokesperson Geoff Byrne issued a news release the next day, stating that a treated water tank had been contaminated twice that week with “trace amounts” of fuel.

Patterson says the area thought to be the source of the contamination — a void surrounding the outside of the water treatment plant where an underground fuel tank was found to be leaking — had been scrubbed.

“Right now, all of those are possibilities and the only way to know for sure is to bring in the bypass and leave it in place until the source has been identified and the contamination removed,” he said, referring to a $100,000 system the city installed so usable water could still be provided to Iqaluit residents in case of another fuel contamination. 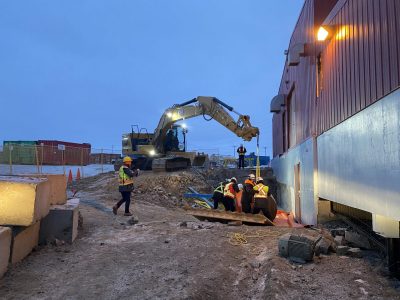 City staff excavated the suspected source of the water supply’s fuel contamination in November, before removing it from the nearby water treatment plant. (Photo courtesy of the City of Iqaluit)

Details on what exactly had been remediated before the Nunavut government lifted the water advisory are scant. Nunatsiaq News requested an interview with an executive from the firm hired by the city to clean the site, Qikiqtaaluk Environmental Inc., but was referred to the city for comment.

City spokesperson Aleksey Cameron said chief administrative officer Amy Elgersma was not available for an interview, and no other city staff could speak about the remediation process.

Coun. Kyle Sheppard said in an interview he is unsure about exactly what had been cleaned before Dec. 10, but the areas inside the plant with the most contamination had not been.

Those underground tanks were isolated instead.

When the contamination started recurring in January, it took five days for the city to use its bypass system. Sheppard said the city wanted to attempt flushing the system before using the bypass because there are concerns sediment and debris might build up and damage pipes.

The city is theorizing that maintenance work on a treated water reservoir pushed the water level to higher than it normally is, and water from that reservoir mixed with one of those tanks that was isolated during the emergency last fall.

However, there may be other sources of the fuel contamination, according to a report from the firm the territorial government hired to review work done by the city’s hired firm, WSP Canada.

In its late-November report, Wood Environmental and Infrastructure Solutions wrote that there’s not enough data to verify that WSP’s theory about how the water became contaminated is “the single suspected source and transport mechanism.”

Sheppard disagrees, saying there is no evidence that points to any other potential source of contamination, and that Wood’s conclusion is based on there being no first-hand evidence of what caused the contamination.

“I’m fully confident that the cause identified is the cause of the contamination,” Sheppard said. “There’s no other viable explanation.”

Barbeau said it’s uncommon for contamination to be found in a water treatment plant’s treated tanks.

“It’s not normal that contamination comes inside the reservoir,” he said. “Usually a reservoir should have good integrity.”

A crew of 16 workers came from the south on Jan. 17 to clean the water treatment plant’s isolated nine-metre deep concrete tanks, and are almost done, said Sheppard. No cracks in these tanks have been found that he is aware of.

Cleaning a treatment plant the size of Iqaluit’s is a big job, Barbeau said.

It will probably need to be cleaned with a high pressure jet and then cracks, if there are any, will need to be filled by injecting epoxy.

Even then, when the treatment plant is clean, it’s difficult to get all of the contamination out of the system. It needs to be flushed at least three or four times, to catch “super hard to find” contamination in pipelines, said Barbeau.

“You can try to spot where the contamination is entering,” he said, “you can think that you have identified where it’s coming from, but it’s only when you put the system back in operation that you’ll see if you were right or not.” 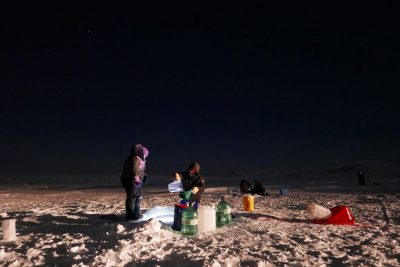 Eric and Hannah Idlaut fill jugs with water the evening of Jan. 14 at the Sylvia Grinnell River after the City of Iqaluit said there were two events of contamination at the water treatment plant that week. (File photo by David Venn)

“We’re not finding concentrations of contaminants throughout the system,” he said.

Still, it took days for the city to tell the public contamination had returned to the city’s water system this month, and Sheppard explained this is most likely because someone only checks the monitor weekly.

“We didn’t know it was contaminated,” he said.

The alarm on water quality monitoring system is set at 75 micrograms per litre, which is below the Canadian Drinking Water Guidelines. Since the most recent contamination incidents, the city has lowered the alarm to go off at 50 micrograms per litre — the lowest level possible.

“There’s no discounting what impact this has on people. It’s incredibly impactful on our residents — all of them,” Sheppard said. “The only acceptable amount of hydrocarbons in the water is zero. And we need to get to a state where this does not occur again.”

Barbeau said the amounts of diesel contamination below the guidelines can be recognizable by smell or taste. For that reason, it’s easier to find than some other water contaminants, such as arsenic.

People can still feel nauseous from the smell of fuel, even if it is technically safe to drink.

“You can end up in a crazy situation where the water is actually potable according to standards but yet it smells like diesel,” he said.