Nominations open for 2021 Order of Nunavut 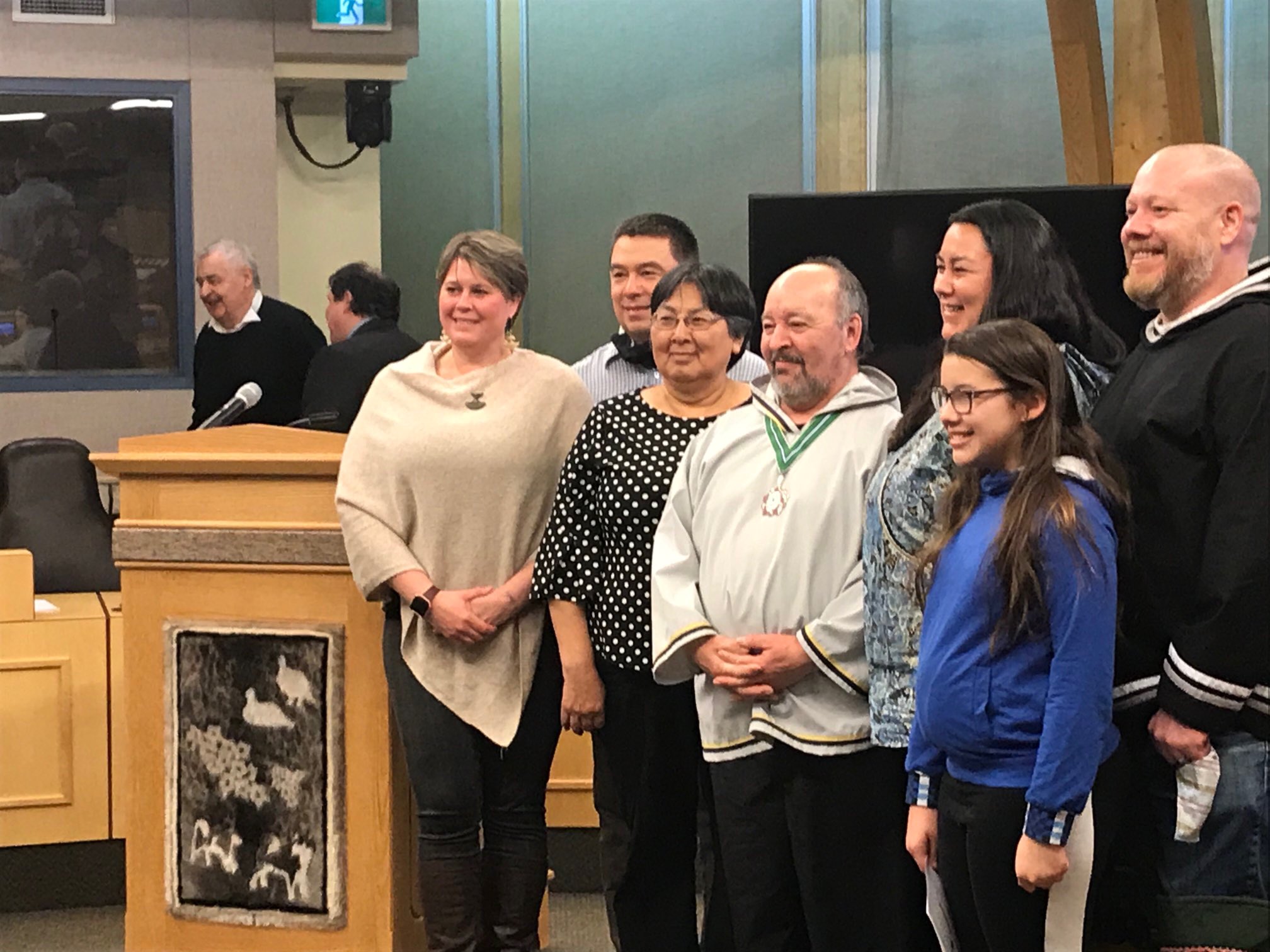 The Order of Nunavut recognizes individuals who have made outstanding contributions to the territory. Pictured here at the March 2021 ceremony is Order recipient Peter Tapatai, centre, a Baker Lake business owner who created the Inuk superhero Super Shamou in the late 1980s. (Photo by Allan Rumbolt)

Nunavummiut are being encouraged to nominate outstanding individuals for the 2021 Order of Nunavut, considered the territory’s highest honour.

Tony Akoak, Speaker of the Legislative Assembly and chairperson of the Order of Nunavut Advisory Council, made the call for nominations Wednesday.

The objective of the Order is to honour individuals who have made outstanding contributions to the cultural, social or economic well-being of Nunavut.

“I encourage all Nunavummiut to consider nominating someone who has made a positive and enduring contribution to our territory,” Akoak said in the release.

The advisory council is made up of the speaker of the legislative assembly, the chief justice of the Nunavut Court of Justice and the president of Nunavut Tunngavik Incorporated. They will consider nominations and make recommendations to the Commissioner of Nunavut, who serves as the chancellor of the Order.

Nomination forms can be picked up in person at the offices of Members of the Legislative Assembly or downloaded from the Nunavut legislative assembly website.

To date, 19 people have received the Order of Nunavut for their contributions in public and community service, the arts, education, language promotion, spiritual leadership and business development.

The Order of Nunavut came into force on Jan. 1, 2010, and was formally included into the Canadian honours system in 2018.