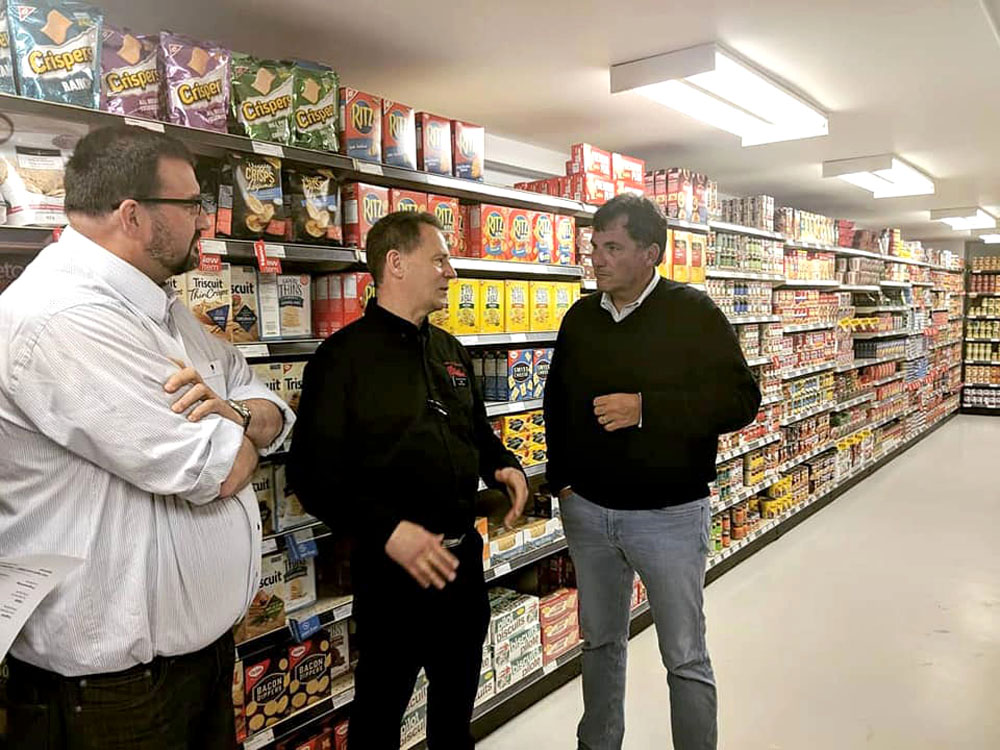 Dominic LeBlanc during a visit to Iqaluit last year. LeBlanc is taking a leave of absence from his responsibilities as northern affairs minister to receive treatment for a form of cancer. (File photo)

Dominic LeBlanc, the New Brunswick member of Parliament who has served as federal northern affairs minister since July 2018, is temporarily stepping away from his cabinet responsibilities for health reasons.

LeBlanc, whose formal titles are minister of intergovernmental and northern affairs and internal trade and president of the Queen’s Privy Council for Canada, said in a statement issued jointly with his oncologist, Dr. Nicholas Finn, that he has been diagnosed with a form of cancer called non-Hodgkin lymphoma.

“I will be temporarily stepping away from my cabinet duties to focus on my health. I have begun my treatment, and it will last several weeks. Once I have concluded my treatment, I look forward to returning to my role in cabinet,” LeBlanc said in the statement.

In the same statement, Finn said that non-Hodgkin lymphoma is a treatable condition and that LeBlanc had “a positive response to the initial treatments.”

In 2017, LeBlanc had been diagnosed with chronic lymphocytic leukemia, another treatable form of cancer.

In the meantime, during LeBlanc’s leave of absence, Toronto Liberal MP Carolyn Bennett will temporarily assume responsibilities related to northern affairs, Prime Minister Justin Trudeau said in a statement of his own.

“Minister Bennett has extensive experience working with northern communities to address their priorities and meet their unique needs. I have full confidence that she will provide excellent leadership on this file,” Trudeau said.

Bennett will continue to serve as Crown-Indigenous affairs minister, a responsibility that had been split off from northern affairs.

Also, Finance Minister Bill Morneau will temporarily assume responsibility for intergovernmental affairs and internal trade and act as president of the Queen’s Privy Council for Canada.

Those are normally the responsibilities of the privy council president, but because he serves as finance minister, Morneau is barred by federal legislation from assuming them.

LeBlanc’s northern affairs responsibilities had included completion and release of the long-awaited Arctic policy framework, handling the Nutrition North Canada program, and the approval of environmental recommendations made by regulatory bodies like the Nunavut Impact Review Board.