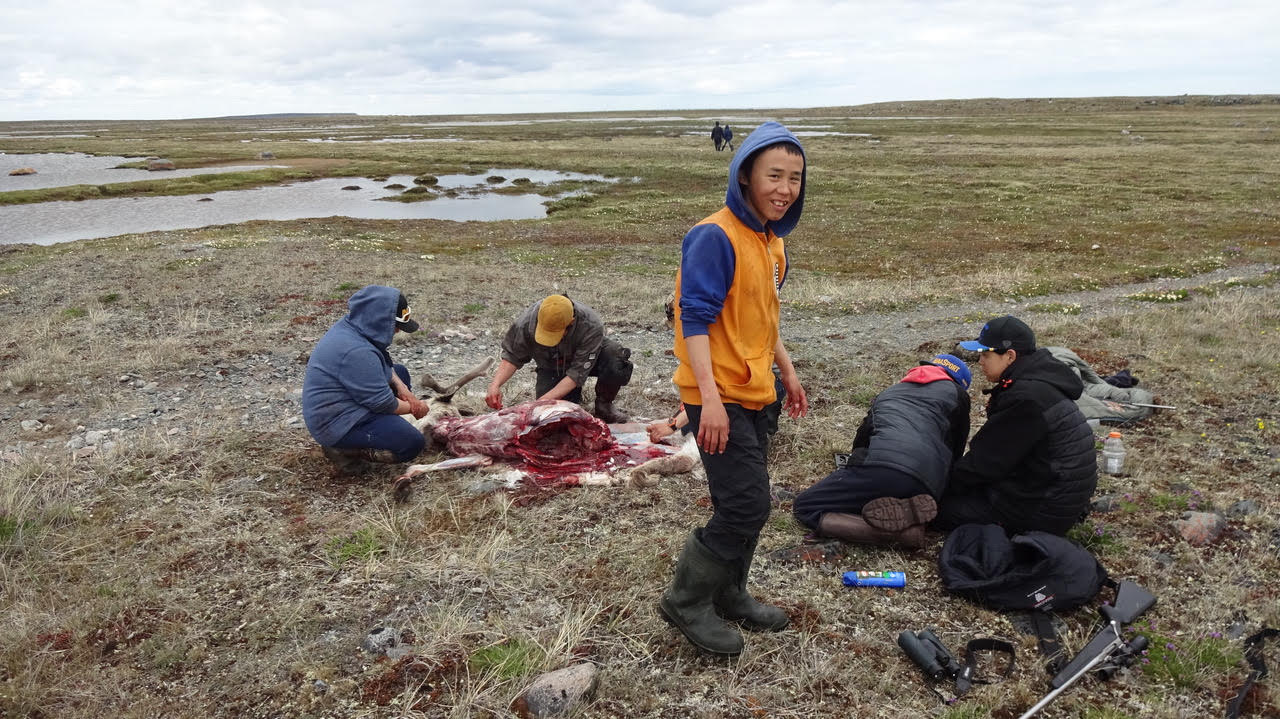 The Arviat Young Hunters Program was the recipient of BQCMB Culture Camp funding. (Photo submitted by the Beverly and Qamanirjuaq Management Board)

North America’s oldest caribou co-management board has been unsuccessful in doubling its funding for the next 10 years.

At its virtual meeting in December, the board approved a proposed new management agreement that would carry it through to 2032 and called on the governments it works with to increase their annual funding to the organization.

The extra money would bring the board’s budget for the next 10 years to $300,000 annually.

The board said it was looking to secure the extra money by April 2022, but to date, it hasn’t received any guarantees. 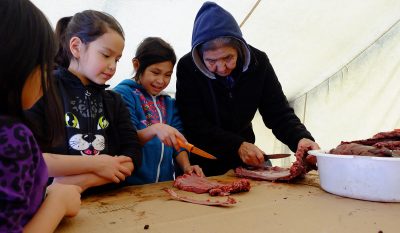 Youth from northern Manitoba learn how to cut up caribou from an elder during a culture camp. (Photo submitted by the Beverly and Qamanirjuaq Management Board)

Tina Giroux-Robillard, the incoming executive director of the board, said this is because governments — including the government of Nunavut, are still confirming their funding allocations for the new fiscal year.

“There’s a lot of different areas that are looking to pull the funding towards them and that’s one of the issues,” she said. “However, because of the importance of the caribou to the people of Nunavut and to the culture as a keystone species, I think everybody’s well aware of the importance of supporting the board, especially in light of how the populations are in decline.”

For board chair Earl Evans, doubling the funding for the long term is essential, given the pressures herds are facing and the hunting restrictions some communities have had to implement due to the decline in caribou populations. 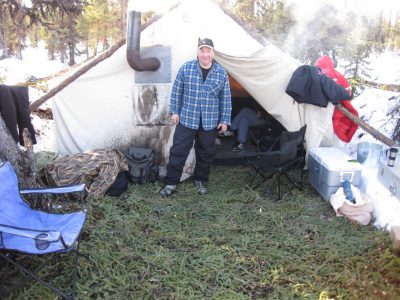 Chair Earl Evans in his element – setting up camp and passing lessons onto youth.

The pressures the two caribou herds are facing led to the board’s decision to support designating barren-ground caribou as a “threatened species” in Canada in June 2021.

According to Evans, the increase in sport hunting by people from out of territory over the past couple years hasn’t helped.

“People are going up with self-contained trailers and staying there along the ice road,” he said.

“They’re up there chasing wolves and looking at wildlife and all this is adding to disturbance … It’s like a cancer — once a few people go up and have a good time — pretty soon, there’s more and more and more [people].” 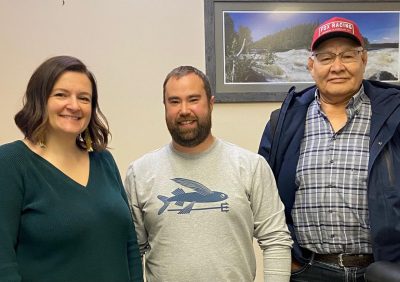 The board is also planning to update its caribou management plan this year. Giroux-Robillard said this is an important way to look at the impacts of climate change, harvesting, food insecurity and the pandemic on the caribou herds. She said increasing funding will help strengthen this work.

“I think big issues … over the entire range is something that the caribou management board can really assist with — to co-ordinate solutions on how we’re going to try and stop the decline of the caribou.”

While the board continues its 2022 programming with an annual budget of $125,000, for Giroux-Robillard the next step looks like continuing to work on doubling the funding, with an eye on 2023.

Clarification: This story has been updated to be more specific about the rise of sport hunting in Nunavut.