“The need for action on climate risk is increasingly urgent” 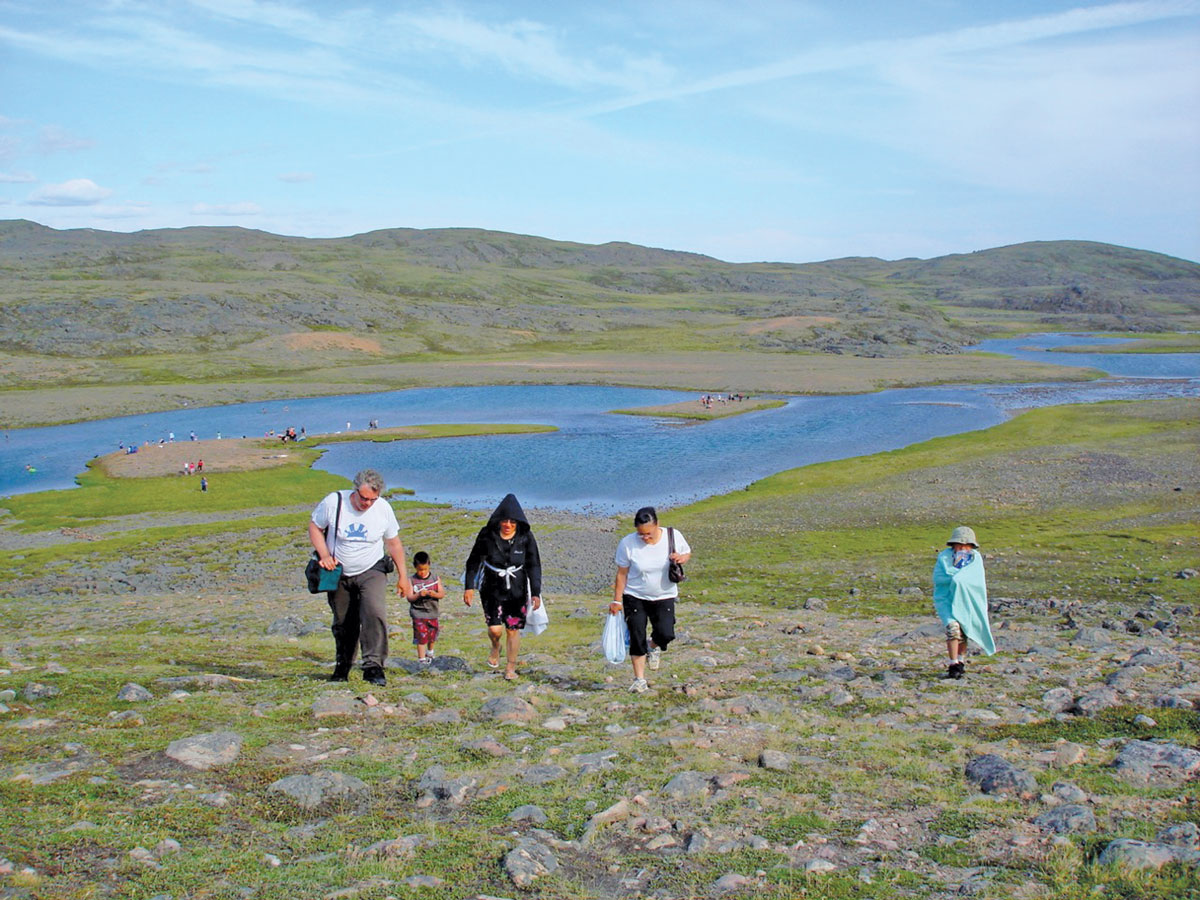 A family walks back from a swim in Iqaluit, Nunavut, on an unusually hot day. A new report from the Canadian Council of Academies says Canada’s northern communities face one of the top three risks in the country when it comes to climate change. (File photo)

A new report from the Canadian Council of Academies says Canada’s northern communities face one of the biggest risks when it comes to climate change.

The council, made up of Canada’s leading academics and researchers, prepared the report for the federal government at the request of the Treasury Board.

Because Canada’s North is experiencing the effects of climate change more rapidly than the rest of the country, the risks associated with climate change are automatically heightened as well, the report says.

“Northern residents already report that environmental changes are impacting their livelihoods, their relationship with the land, their culture, and their mental health and wellbeing,” the report says.

The report also notes that climate change can increase the risk of food and waterborne illness in the North.

“Increases in rainfall and snowmelt have been followed two to four weeks later with increased visits to health clinics for diarrhea and vomiting in some communities.”

Along with threats to food, warming temperatures and changing weather patterns also cause problems for sea ice and ice roads.

However, the report highlights that, over the last 30 years, warming of more than two degrees Celsius in the North did not lead to an overall reduction of trail access in Inuit regions. Access to sea-ice trails declined over that time, while access to land and water trails increased.

“The critical factors for trail access appeared to be users’ level of knowledge and risk tolerance, along with their equipment, rather than climate change.”

And as temperatures rise and the summer season in the Arctic grows longer, so does ship traffic and tourism.

But for communities unprepared for an increasing number of visitors, this can cause social and economic disruptions.

For example, as the report states, transit of the Northwest Passage has increased by 70 per cent since 2006.

The increased traffic also raises the risk of marine accidents, which can have disastrous environmental results including oil spills, contamination of wildlife, contamination of habitats and long-term transport of oil under sea ice.

“Few communities have basic oil-spill response kits, and mobilization for response to such disasters in the North requires more time than in more southern locations,” the report states.

The report also notes that thawing permafrost in the North has significant impacts on northern infrastructure.

For example, in 2008, heavy rain and flooding in Pangnirtung caused thermal erosion on the banks of the Duval River and surface cracks up to seven metres deep.

As a result, two bridges that connected residents to essential services were damaged, costing more than $5 million in repairs, the report says.

And in 2013, permafrost degradation resulted in damage to the runway at Iqaluit’s old airport.

The report concludes the risks at the national level are most acute in six areas: physical infrastructure, coastal communities, northern communities, human health and wellness, ecosystems and fisheries.

“None of the major areas of climate change risk reviewed by the panel can be ignored or deferred,” the report says.

While adaptation measures have the potential to offset many of the negative impacts caused by climate change, the report stresses that actions must be taken quickly.

“The need for action on climate risk is increasingly urgent…. The set of risks that has emerged from this process is undoubtedly paramount for Canadian society.”