Party members to choose between 5 candidates in vote Sept. 10 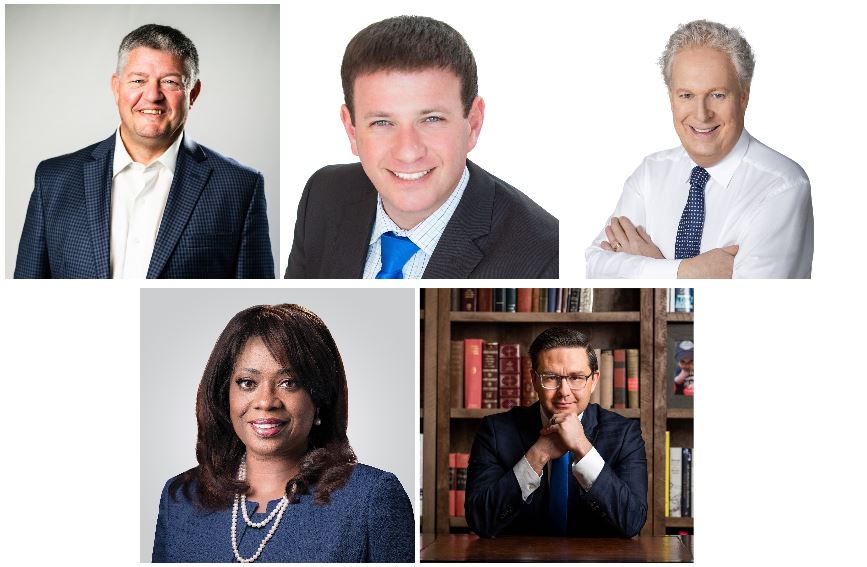 In just over a week and a half, the federal Conservative Party of Canada will choose a new leader.

As the party prepares to elect its third leader since 2015, Conservative members in the North say they are hoping for someone who will bring stability and unity to the party — which has lost three consecutive elections — while presenting an electable alternative to the current Liberal government of Justin Trudeau.

More than 120 Nunavummiut were registered with the party to vote in the leadership contest, set for Sept. 10, said Steve Berrill, president of Nunavut’s Conservative riding association.

“I think that it really behooves us, as northerners, that we have a credible and stable leader and leadership,” Berrill said.

Berrill would not say who he supports because he needs to remain neutral in his role in the riding association.

Leona Aglukkaq, the most recent Conservative MP for Nunavut who served from 2008 to 2015, is also not offering opinions about the race, citing her role in the party’s national leadership.

“I sit on the national council of the Conservative Party and also a member of the leadership election organizing committee overseeing the leadership selection process and must remain neutral,” Aglukkaq wrote in an email.

As well as stability, northern Conservative party members are expressing hope for a leader who will unite the party.

According to Steve Corriveau, the 2021 federal Conservative candidate for Abitibi–Baie-James–Nunavik–Eeyou, Charest is the one who can best do that.

Corriveau said he likes Charest for his character and experience as a politician. His support dates back to Charest’s time as a federal cabinet minister under prime ministers Brian Mulroney and Kim Campbell, and even as a Liberal premier leading Quebec.

“He’s such a charmer, he’s someone that can rally the troops,” Corriveau said in an interview.

Earlier this year, Patterson defected from the Conservative Party caucus over his Conservative colleagues’ support of the so-called Freedom Convoy, which occupied the streets of Ottawa for three weeks in January and February.

While he no longer sits as a Conservative in the Senate, Patterson remains an active party member and has been vocal about his support for Charest.

“It’s been a very long-standing close, respectful relationship that I’ve enjoyed with Mr. Charest, and so that’s part of the reason for my support for him,” Patterson said.

Corriveau and Patterson expressed concern over Poilievre’s ability to be a winning and unifying leader for the party, despite them both saying it’s very likely that he will win this race. Specifically, they cited concerns about Poilievre’s slogans such as “Justinflation,” and his support for anti-vaccine mandate protesters like those who occupied Ottawa earlier this year.

“It is divisive and negative, and we need a leader who will be a unifier,” Patterson said.

“Those slogans could win Mr. Poilievre the leadership, and certainly could win continuing strong support from western Canada, but we need to find a way to win the country.”

Corriveau said he has a lot of respect for Poilievre, complimenting his intelligence and communication style.

At the same time, he said Poilievre plays a tougher “American” style of politics, which he doesn’t want to see from the party leader.

Corriveau said he’s worried about the future success of the Conservatives in federal elections, and that his relationship with the party will change if Charest isn’t elected.

“We’ll see what happens, but one thing is for sure: me, I will definitely be less involved with the party if my candidate is not the winner,” Corriveau said.

Despite Corriveau and Patterson’s feelings, Poilievre does have support in the North. On Tuesday, he tweeted about two voters who are backing him from Iqaluit.

Thanks so much to Andrea and Bradley for voting all the way from Iqaluit!

Last week, Michelle Ferreri, a Conservative MP from Ontario, hosted an event in support of Poilievre in Iqaluit.

Regardless of who wins the leadership, Berrill said he wants to see a Conservative leader who will show interest in and care for the North, and present an option that will appeal to a region known for its consensus style of politics.

“Our previous prime ministers, going back to [John] Diefenbaker, were enamoured with the North like no party has been, and we hope that will continue with the new leader,” Berrill said.