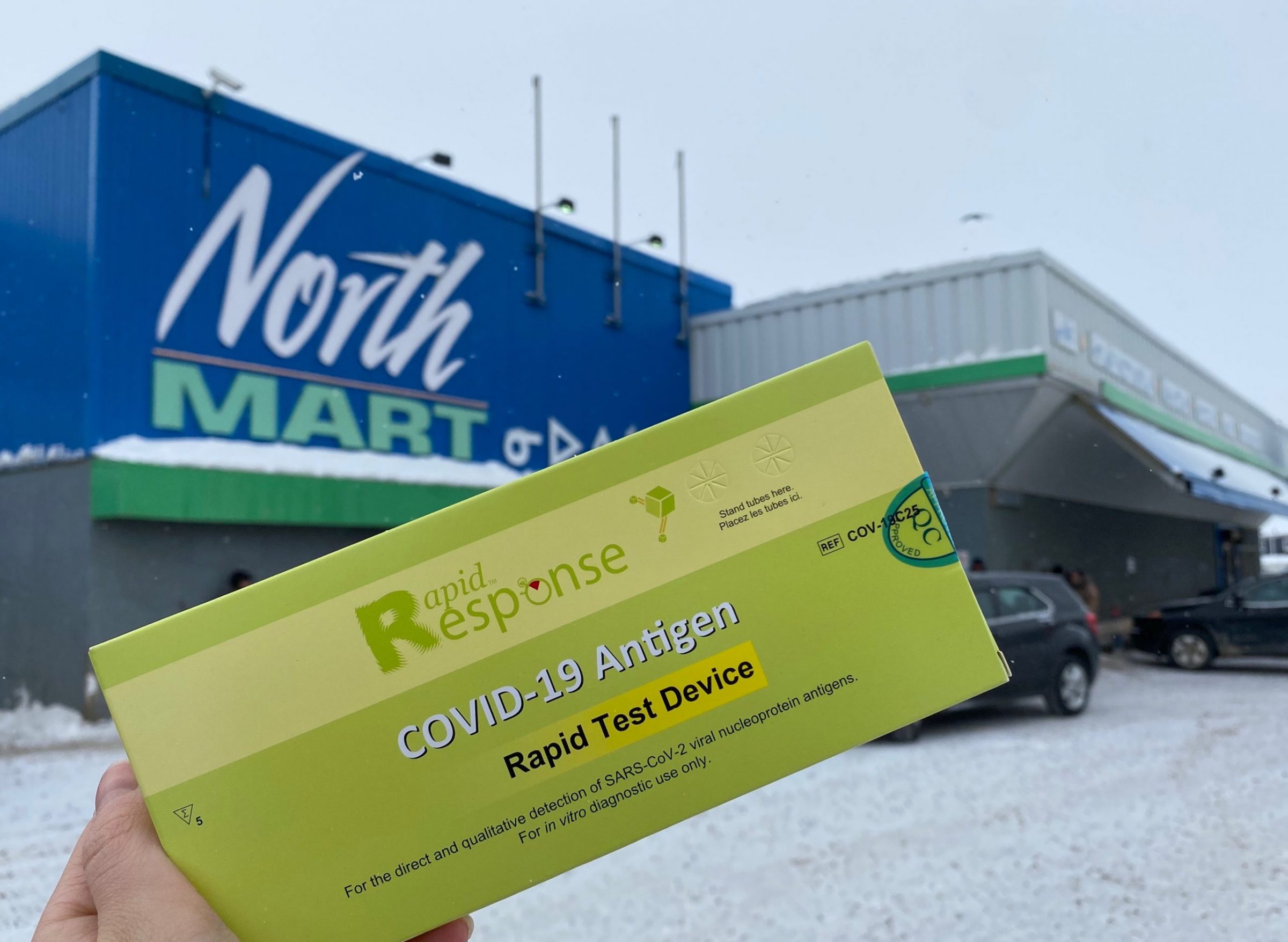 Northmart started handing out rapid COVID-19 antigen tests for free in Iqaluit about a week ago. (Photo by Mélanie Ritchot)

Nunavummiut will be able to get their hands on rapid COVID-19 antigen tests as they do their regular grocery shopping in the coming weeks, with the at-home kits being handed out at Northern and Northmart stores across the territory.

Residents in some Nunavut communities, including Iqaluit and Rankin Inlet, have been offered the free tests when paying for their groceries for about a week now, said Larry Fortes, the director of sales and operation at the North West Company, in an interview.

“I can’t stress how excited we are to be a part of this and getting these tests to some of the most remote communities in Canada,” Fortes said.

He didn’t know exactly how many tests would be handed out, but he said Health Canada told the company the federal government is sending tens of thousands of tests and isn’t concerned about running out anytime soon.

“They’re giving us more than enough based on the population,” Fortes said.

Even though the tests are mostly being given out at the cash registers, Fortes said people don’t need to buy anything to get a test.

The company has stores in 19 Nunavut communities and the plan is to have a stock of tests in each store.

When stores run out, Fortes said the company can request more from Health Canada, which has already been done in some communities, such as Iqaluit.

“The reception was overwhelming,” Fortes said. “We’ve been handing them out as quickly as they arrive.”

Mark Johnson, a spokesperson for Health Canada, said the exact number of tests being sent is still being finalized and will likely be announced next week, in an email.

Health Canada has not said how communities that don’t have a North West store, like Whale Cove, will get rapid tests.

Premier P.J. Akeeagok previously said he was working to get a rapid test supply for the general public from the federal government like this, after announcing tests were being distributed to businesses, schools and front-line workers.

The Government of Canada announced 140,000 rapid tests were being sent to Nunavut in January and in February, the Government of Nunavut announced over 80,000 of them were going to essential businesses and municipalities.

This week, the distribution of more than 35,000 tests to schools, daycares, and Department of Education workers, was set to start.