But QIA regional vote will go ahead Dec. 14 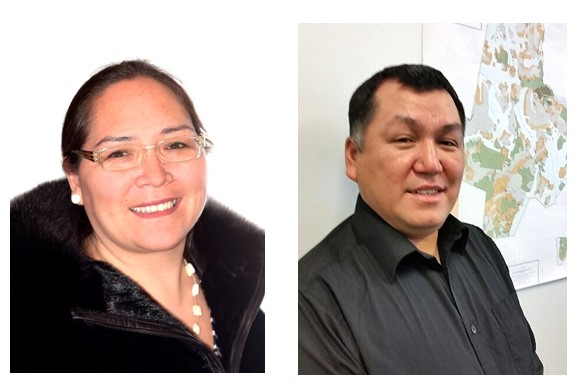 That election, to be held among all eligible Nunavut Inuit voters, had been previously set for Dec. 14.

But because of COVID-19 outbreaks in the Kivalliq region and Sanikiluaq, NTI’s board of directors passed a resolution Monday to postpone the vote.

That decision, and other amendments to the organization’s election rules, were approved in what NTI describes as a “special meeting of members” on Friday.

They did this because a territory-wide lockdown imposed by Nunavut’s chief public health officer between Nov. 18 and Dec. 2 made it difficult for the chief returning officer Kathleen Sigurdson to find polling stations and hire staff.

They also made the decision for public health reasons, an NTI background document said.

“Inuit in communities with active cases are facing an enormous level of stress,” the backgrounder said.

Incumbent Aluki Kotierk and challenger Andrew Nakashuk are the only nominated candidates for the president’s position.

However, NTI says that — for now — it doesn’t plan to re-open nominations.

But the organization’s new election rules do allow them to re-open nominations “if necessary,” they said in the backgrounder.

For example, they said that if all nominated candidates were to drop out because of the postponement, the board would re-open nominations.

Also, all campaign activities were suspended as of Dec. 4, and won’t be allowed to resume until Jan. 4.

The NTI president, who’s deemed to represent all the Inuit of Nunavut, occupies an influential position and is one of the four board members who control the national Inuit organization, Inuit Tapiriit Kanatami.

NTI does not publish the president’s exact salary, but does provide the salary range.

On top of that, the president gets other benefits, such as northern allowance payments and vacation travel assistance.

Kotierk won NTI’s presidency on Dec. 13, 2016, when she took 32.1 per cent of ballots cast, slightly less than one-third of the total, to defeat incumbent Cathie Towtongie and four other candidates.

Only 31.9 per cent of eligible Nunavut Inuit voters cast ballots that year.

Meanwhile, the Qikiqtani Inuit Association will go ahead with its own regional elections on Dec. 14, the organization said Friday.

Paul Okalik, the chief returning officer, said polling stations in the 13 Qikiqtani communities will be equipped with masks, shields and hand sanitizers to protect staff and ensure safe voting.

QIA’s vice-president and secretary treasurer positions are up for grabs in that election, as well as five community director positions.