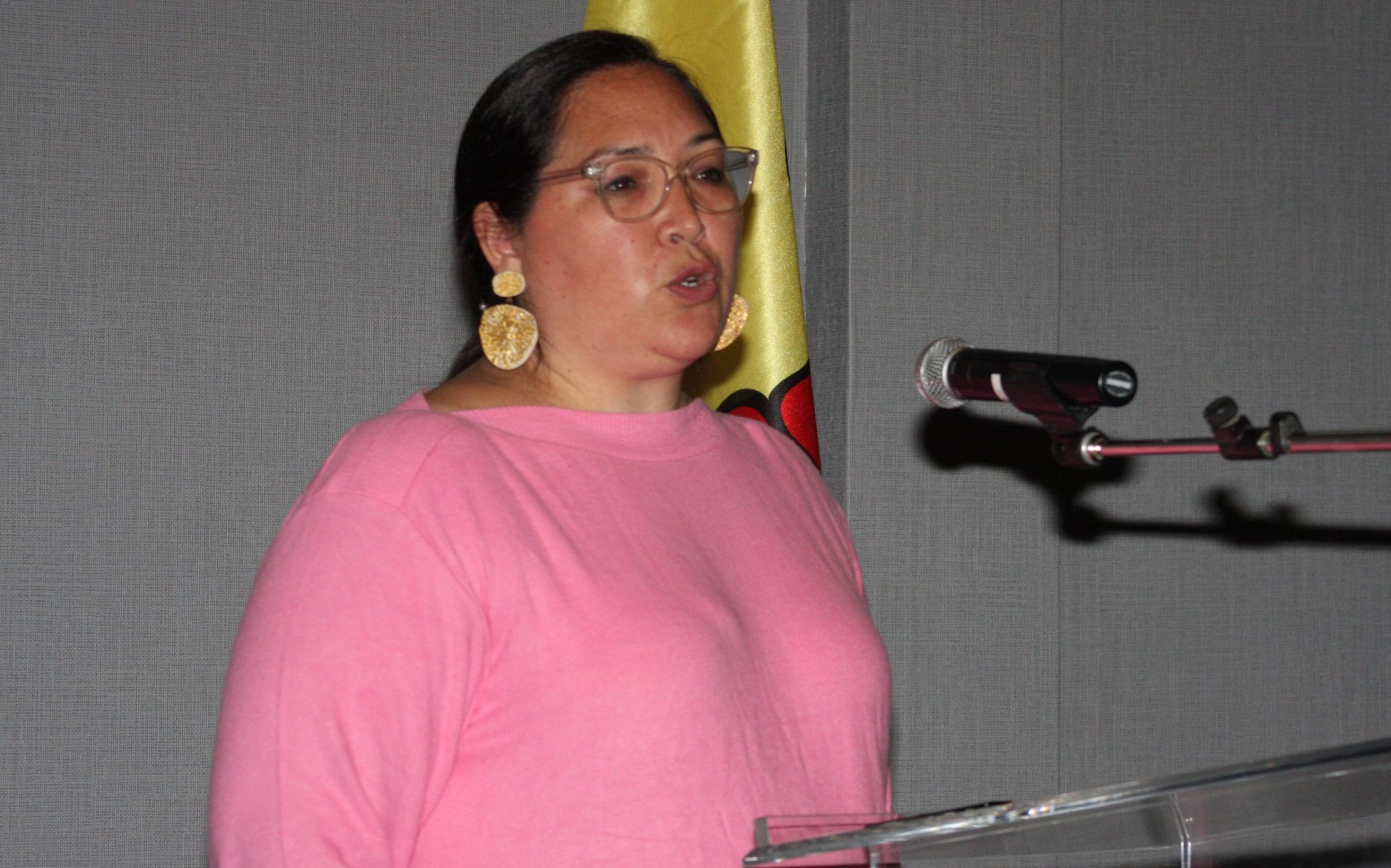 Nunavut Tunngavik Inc. says it will pursue talks with the federal government to bring Inuit self-government. NTI president Aluki Kotierk, seen here speaking at the Aqsarniit Hotel in Iqaluit on Aug. 13, said in a statement that the Nunavut government is “a regime that does not support us nor wants us to succeed in fulfilling the vision of a prosperous and thriving Nunavut.” (File photo by Corey Larocque)

Nunavut Tunngavik Inc. says it will seek to negotiate with Ottawa to bring about Inuit self-government.

NTI said in an article on its website that, since Nunavut’s public government was created 22 years ago, “the Inuit quality of life has alarmingly declined.”

The announcement follows a resolution passed on Tuesday by board members at the organization’s annual general meeting in Rankin Inlet this week.

NTI says it will pursue a negotiation mandate, which would open up discussions between it and the Government of Canada to consider “more viable options for Inuit to gain control over their own governance.”

“It will be difficult to continue … under a regime that does not support us nor wants us to succeed in fulfilling the vision of a prosperous and thriving Nunavut,” NTI President Aluki Kotierk said in a statement.

“To re-build the hope and dreams that [were] originally envisioned for Inuit and their future generations, this conversation of self-government must begin again,” Kotierk said. “We owe it to Inuit to represent their full potential.”

In October, NTI filed a lawsuit against the Nunavut government, saying it had failed in its legal obligations to ensure Inuktitut language education is offered throughout the territory’s public school system.