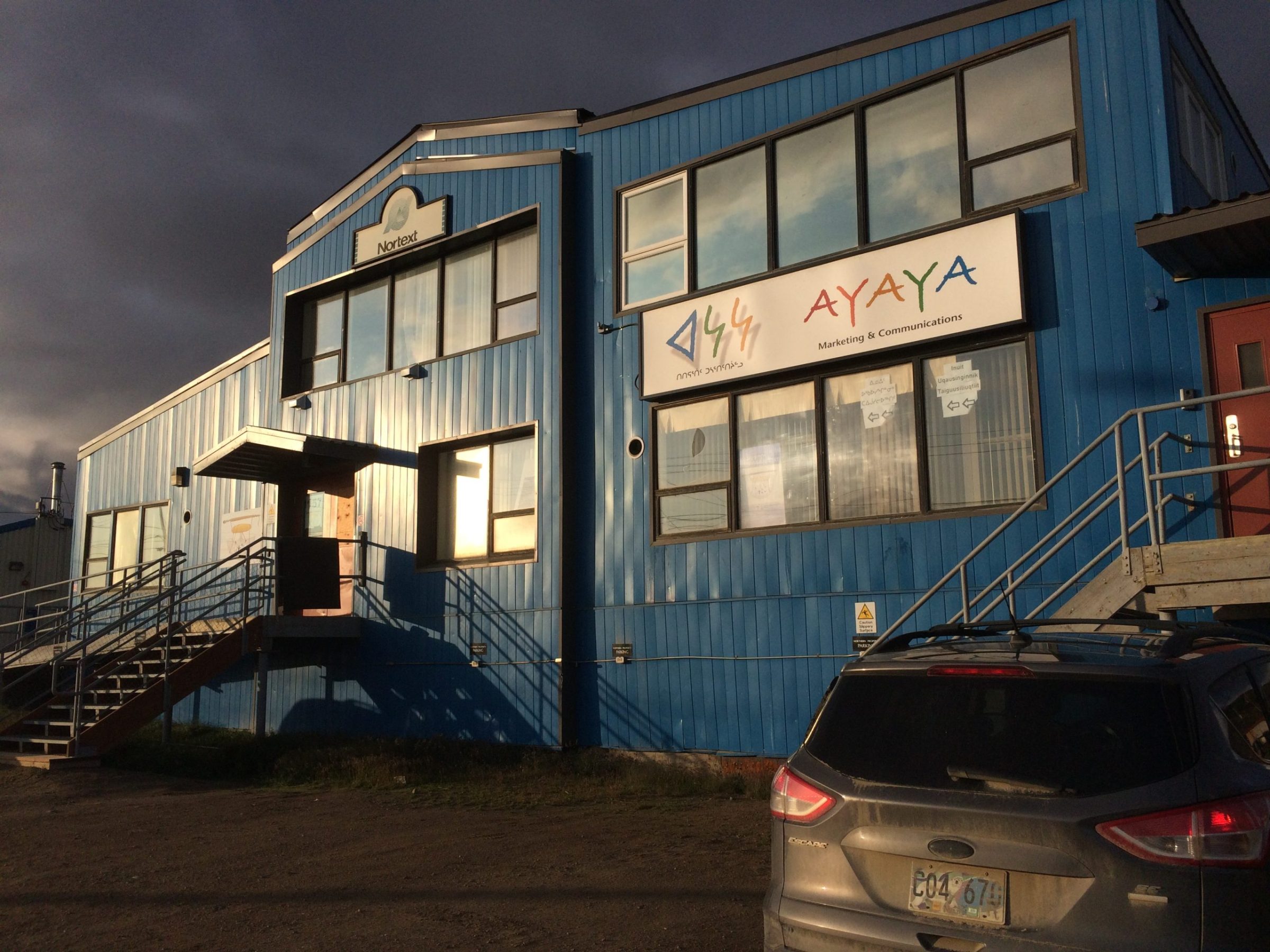 Like other businesses, Nunatsiaq News, whose Iqaluit newsroom is seen here, is preparing to build back after two years of the COVID-19 pandemic. (File photo by Corey Larocque)

Been there. Done that. Back for more.

Like everyone else, Nunatsiaq News is looking forward to getting back to normal and emerging from the two-year pandemic stronger than before.

We’re excited to welcome Emma Tranter back to our newsroom. Readers will remember Emma for her work with this paper two years ago. She first joined our newsroom in 2019, working in Iqaluit.

In 2020, she took a job with The Canadian Press as its northern correspondent for about a year and a half. But at the beginning of May, she rejoined Nunatsiaq News in a newly created newsroom role — Nunavut Editor.

She will split her time between reporting and editing stories that originate from Nunavut’s communities and Iqaluit.

Last year, she won the Quebec Community Newspapers Association’s feature-writing award for a piece about Grise Fiord’s Larry Audlaluk and his family’s relocation to the High Arctic from northern Quebec in the 1950s.

Her return is just one of a few recent changes at Nunatsiaq News.

This spring, it feels like the world is inching closer to its return to normal. So, we’re taking this opportunity to share with readers what our new normal looks like.

Nunatsiaq News reporters are back on the road — or in the skies, more accurately. COVID-19 travel restrictions curtailed our reporters’ ability to get around as much as they would have liked.

Last summer, a reporter was able to sneak in just one trip to Pangnirtung between waves of COVID-19.

But last month, reporter David Venn travelled to Arctic Bay to cover the first Nunavut Quest in two years, the reopening of the hamlet’s community hall and a hamlet hockey team’s much-anticipated participation in the Qamutik Cup hockey tournament.

And reporter Dave Lochead wasted no time to get aboard the first Canadian North flight to Kuujjuaq as soon as the airline resumed direct flights between there and Iqaluit in April. He also covered the village’s Easter snowmobile races and two organizations that are using on-the-land programs to counsel people with mental health issues.

Jeff Pelletier, who joined the team in the fall, will be reporting from Kuujjuaq, Kangiqsujuaq, Kangiqsualujjuaq and Inukjuak next week, covering Gov. Gen. Mary Simon’s first official visit to her birthplace since becoming the first Indigenous person to serve as the Queen’s representative in Canada.

Reporter Madalyn Howitt has tackled a range of stories since she was hired in September, including a string of coroner’s inquests over the past six months. It’s the kind of important journalism Nunatsiaq News aims to do well.

Meral Jamal, a recent Carleton University graduate who was her university’s first intern with CBC North, joined Nunatsiaq News in April. She will join reporters in Iqaluit later this year, after tying up some loose ends with some reporting fellowship opportunities she received.

Gord Howard, a veteran of newsrooms in Ontario’s Niagara region, brought three decades of writing and editing experience to Nunatsiaq News as a web editor in April.

And Randi Beers, who has lived and worked in the Northwest Territories and has travelled extensively across the North, continues the role she began as web editor two years ago.

There were some changes in 2021, following the death of the highly regarded former editor of this paper, Jim Bell, and the departure of veteran reporters Jane George and Sarah Rogers, whose bylines were familiar to longtime readers.

The past two years have been challenging for many businesses and for many Nunavummiut and Nunavimmiut. Like everyone else, Nunatsiaq News is preparing to build back stronger.

Clarification: This article was updated to reflect that Meral Jamal’s internship with CBC North was the first under a new partnership with Carleton University.