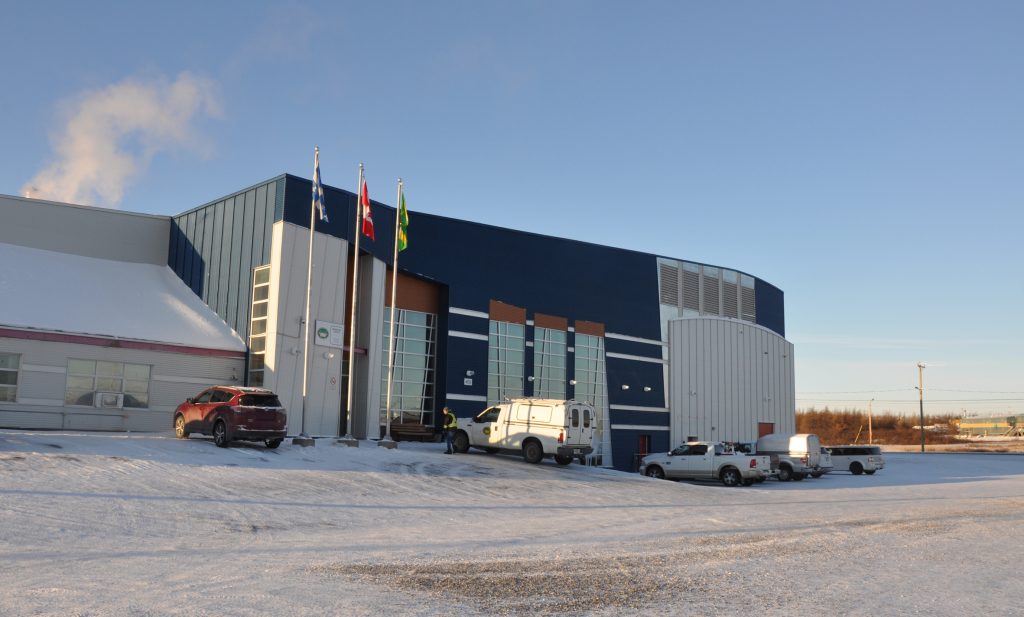 The Northern Village of Kuujjuaq’s main offices, pictured last fall. A Nunavik businessman is seeking damages from the NVK for what he argues are unfair contracting practices. (Photo by Sarah Rogers)

A Nunavik business owner has filed a lawsuit against the Northern Village of Kuujjuaq in an effort to stop the municipal government from providing contract services to third parties in competition with his local business.

In August 2018, Jobie Peters filed the application to have the Northern Village cease doing snow removal, selling gravel and leasing machinery to third parties, including the Kativik Regional Government and Makivik Corp.

Peters argues the Northern Village is using its own heavy equipment and employees to perform private contracts in Kuujjuaq, creating illegal and unfair competition for other private businesses, like his.

The lawsuit also alleges that the Kativik Regional Government is not permitted to give construction contracts to the Northern Village, as is currently the case.

He seeks $3 million in damages.

But a Quebec Superior Court judge has dismissed Peters’ application for an interlocutory, or temporary, injunction for now—a court order that would have prevented the Northern Village from providing some of those services pending a final judgment in the case.

The Northern Village of Kuujjuaq does indeed perform work for the KRG, as outlined in the action, including the construction and paving of streets, crushing gravel, digging wells for water supply, sediment dredging at marine facilities and clearing snow from KRG property.

The judgment, issued this past March, notes section 18 of the Northern Village Act, which says that municipalities have the right to rent property so long as they are not acquiring equipment for the purpose of renting it out.

“In the present case, there is nothing in the proceedings or evidence to support a finding of any breach by NVK in leasing its heavy machinery to third parties,” noted judge Isabelle Bréton.

For its part, the Northern Village argued that acting as a service operator is simply a part of leasing that machinery, but there, the court disagreed.

There is no provision in the Northern Villages Act that gives it the power to use its employees to perform private work for the benefit of third parties, for non-municipal purposes.

“In the circumstances, the court is of the view that, as the plaintiffs argue, these are service or business contracts rather than the leasing of property,” Breton wrote.

“The court is of the opinion that there is an appearance of right… since there is a contravention of Northern Villages Act which by its nature is of public interest.”

The appearance of right, or law, is one of three criteria the judge was looking to prove in order to issue the interlocutory, or temporary, injunction.

But Breton did not find the application met the other two: that the plaintiff would suffer irreparable harm or that the community would be inconvenienced in the interim. The court dismissed the injunction.

Still, Peters’ lawyer said the decision bodes well for the case, as she returns to court to argue for a permanent injunction.

“[The judge] did consider that we were right in law,” said Montreal-based lawyer Maryse Lapointe.

“It’s a difficult burden of proof. We did try it, but still this puts us in a good position.”

The parties are expected to set a new hearing date sometime in the fall. Lapointe said they have requested to have the action heard in Kuujjuaq.

You can read an unofficial English version of the original injunction here, and the latest judgement in French here and in English (unofficial translation) here.