Nunavik employees to return to Canadian Royalties nickel mine next week 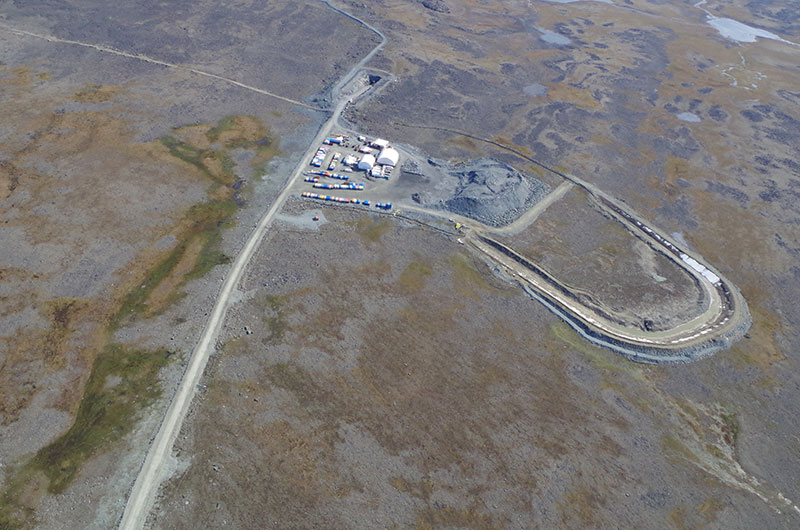 An aerial view of the Allammaq underground mine operation at Canadian Royalties’ Nunavik Nickel mine site, where Inuit employees are expected to return to work next week. (Photo courtesy of Canadian Royalties)

Nunavik employees of Canadian Royalties will start to return to work next week, following a six-month leave from the Nunavik nickel mine.

That mine—along with neighbouring Glencore Raglan—closed in late March as most of Quebec went into lockdown.

Both mines re-opened in April, but at the time, the Nunavik Regional Emergency Preparedness Advisory Committee opted to keep Nunavik mine employees home as a preventive measure against COVID-19.

The committee gave the green light to Nunavimmiut workers to return to both mines as of Sept. 1, though Canadian Royalties will only start a phased return for Nunavik employees on Sept. 29, said its vice-president of human resources, Éric Luneau.

There are roughly 50 Inuit employees who work directly for the nickel mine or for one of its on-site contractors.

“When we re-opened in April, we had to replace them with southern workers on a temporary basis,” Luneau explained. “But my understanding is that they will pretty much all be coming back to work.”

Those employees have begun receiving their salaries again since Sept. 1, Luneau noted.

The delay in bringing back workers from the region is in part due to the mine site’s regular annual maintenance shutdown, which happened on Sept. 9-18.

But during that period, two employees tested positive for COVID-19 on-site—results that were later determined to be false positives.

Nunavik Nickel has had on-site COVID-19 testing capabilities since early July, and its nursing staff has carried out more than 5,000 tests on its employees, who fly in and out on a rotating schedule.

Luneau said that testing will continue for Inuit employees as they return to the mine site.

Canadian Royalties and Glencore Raglan will share a chartered plane to transport employees from the region to the mine site. Seats on those flights will be reserved to ensure spacing and tracing capability, Luneau said, should an employee later test positive for the virus.