Getting entire region up to speed would take until at least 2025, says telecommunications adviser 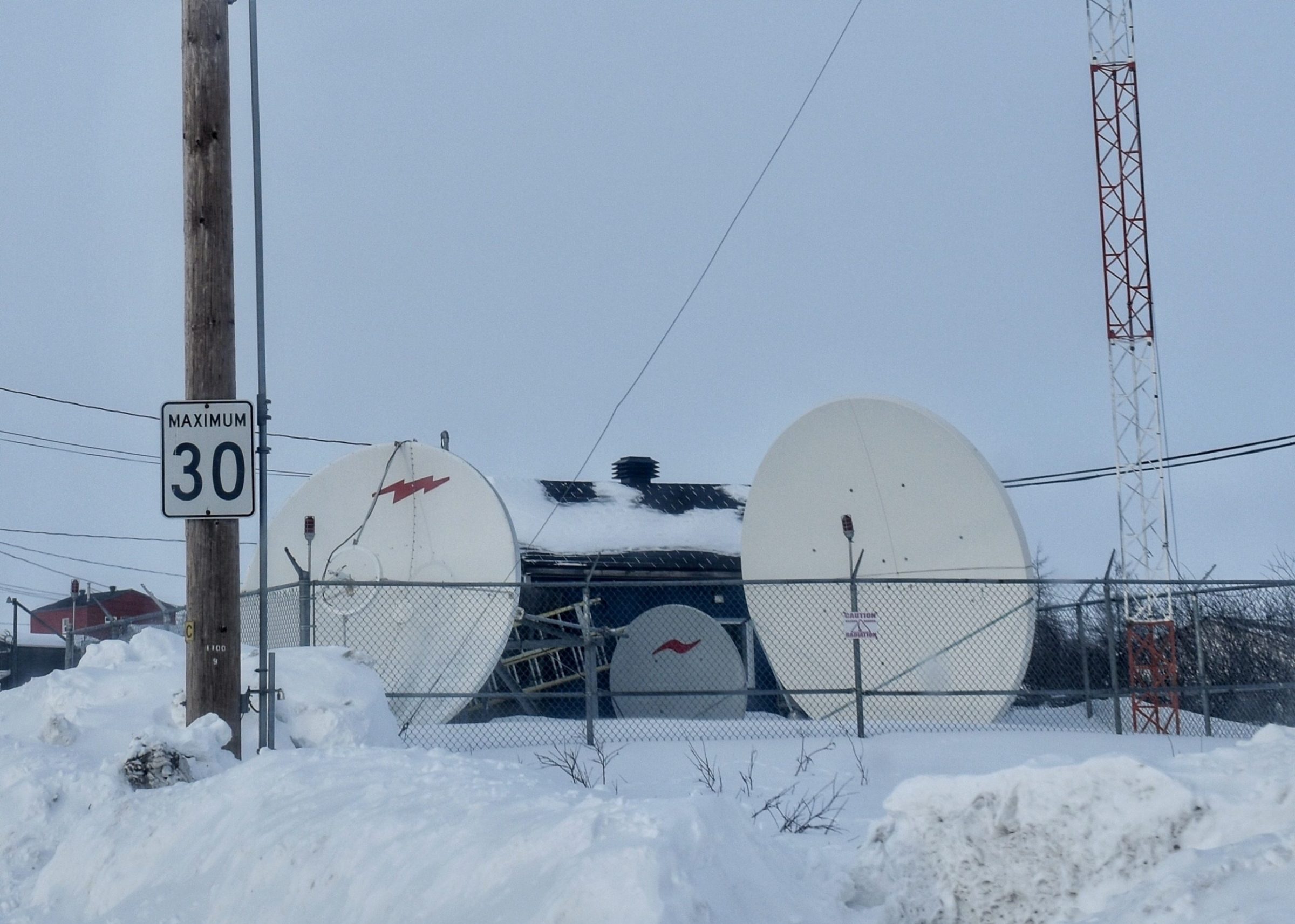 A view of some of Tamaani’s infrastructure in Kuujjuaq. Nunavik is receiving $123.9 million to improve Tamaani’s high-speed internet service across the region. (File photo by Looee Emataluk)

Nunavik will receive $123.9-million for improved high-speed internet service, with the money coming from the federal and Quebec governments and Kativik Regional Government.

KRG vice-chair Lucy Kumarluk and Dan Pellerin, a telecommunications special adviser for KRG and Tamaani, also spoke about the project.

Lafrenière said the money will get more northern Nunavik communities connected to the network. He said some will also be used to upgrade internet service in Kuujjuaq and the Ungava Bay coast.

Lafrenière said he hopes this makes it possible for Nunavimmiut to use the internet for online essential services, and at the same speed as people living in the south.

“I saw with my own eyes how important it was in terms of education, in terms of justice and health,” he said, speaking in both English and French.

“I’m sure this announcement today will really change the quality of life for people in Nunavik.”

Kumarluk said the upgrade will be welcomed by Nunavimmiut. She said better internet will meet the rising demand for digital services in the region, and make it possible for household networks to support the connection of multiple devices.

“The KRG appreciates the confirmed financial support of governments toward reducing the digital divide that separates Nunavik from the rest of Canada,” she said.

“Access to high-speed internet should not be hindered by the remoteness of communities, and we look forward to someday having equal access for all 14 Nunavik communities.”

Attaining equal access across Nunavik will take time. Pellerin said it could take at least three years for that to happen.

He said the lower Hudson Bay coast communities will be the first to be connected. Next year, work will be done in Akulivik, Ivujivik and Salluit to get them connected.

Pending supply issues, work in Kuujjuaq and the remaining communities will start in 2024.

“In my little dream world, I would like to have it all done tomorrow but that’s not going to happen,” Pellerin said. “We don’t have a specific timeline, but if it could be done by 2025 that would be ideal.”