Health and social services will be a priority in discussions, Makivik says 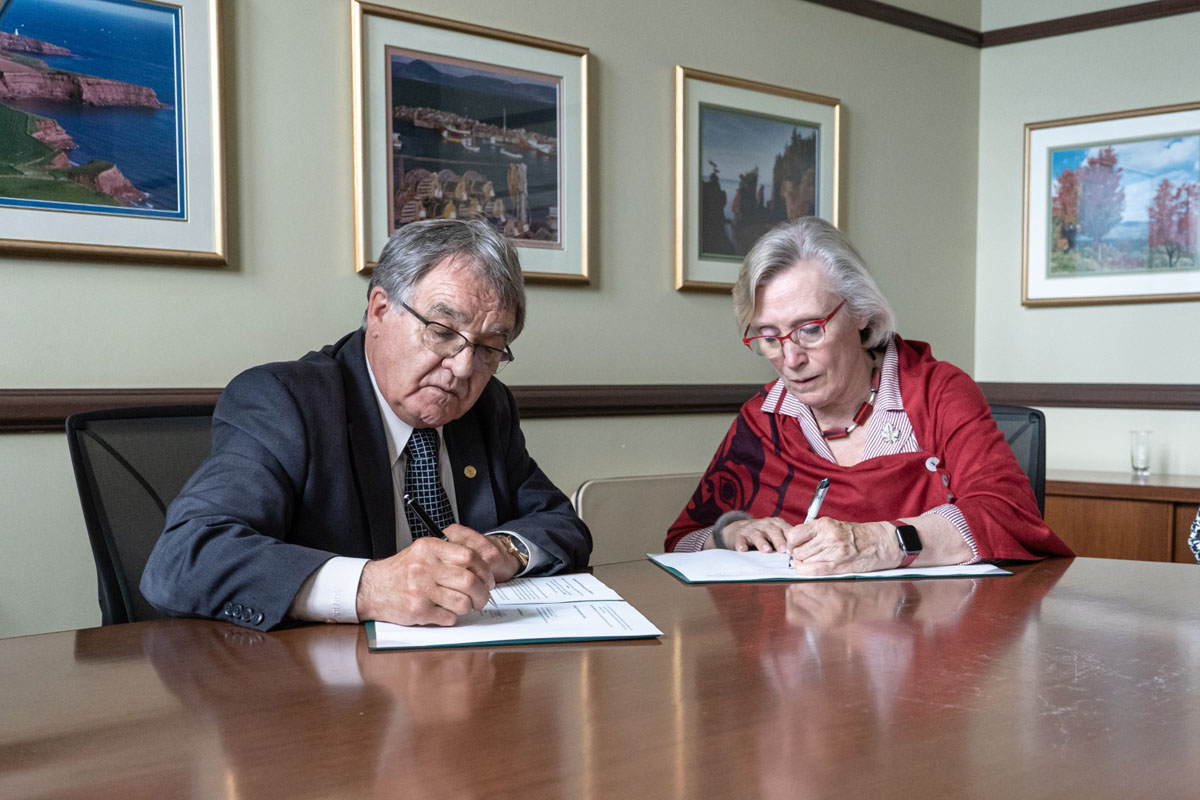 Makivik Corp. president Charlie Watt and Crown-Indigenous Relations Minister Carolyn Bennett sign a memorandum of understanding June 18, which acts as a framework for any future negotiations towards self-government in Nunavik. (Photo courtesy of Makivik Corp)

Nunavik’s Makivik Corp. has signed an agreement with the federal government that serves as a framework for negotiations towards an Inuit self-government for the region.

The MOU, in development since last fall, outlines Makivik’s objectives, a timeline for discussions, a work plan, dispute resolution and funding.

In an email to Nunatsiaq News, a spokesperson with CIRNA called the document “a starting point for discussions that will cover many topics on self-determination and governance.”

Earlier this year, Makivik appointed a chief negotiator, Mary Simon, to chair the Nunavik Inuit constitutional task force. Its mandate is to spell out the creation and role of an Inuit government in Nunavik based on Inuit values, heritage, identity, culture and language.

“I am very eager to begin the discussions and negotiations,” Simon said, following the MOU’s signing.

Those negotiations will largely be focused at a main table, Simon explained, with sectoral forums to discuss specific issues.

“We have agreed to tackle community and family well-being as an urgent topic to ensure that Nunavik Inuit receive the health and social services that all Canadians expect and to provide economic opportunities that we so desperately need,” she said in a June 19 release.

Now that Makivik has an MOU in place with Ottawa, its next task will be to enter into a similar agreement with the Quebec government.

Simon said last month that Nunavik Inuit are not asking the government for anything, but rather negotiating “to bring back the authority that has been taken” from the region.

The task force is working to prepare a draft of the Nunavik Inuit government constitution, to be presented to an all-organizations meeting this fall.