Health board says there’s no threat of infection spreading 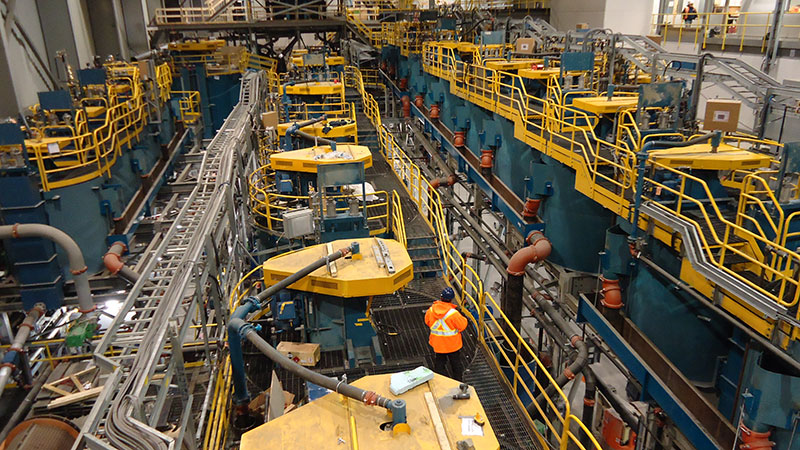 Two workers at Canadian Royalties’ Nunavik Nickel mine site tested positive for COVID-19 last week, but Nunavik health officials say there is no threat to other workers or residents in the region.

Canadian Royalties operates an open pit and an underground mine about 70 kilometres southwest of Kangiqsujuaq.

The news of the positive COVID-19 cases did not come from Canadian Royalties, but rather the Nunavik Regional Board of Health and Social Services, which posted a statement about the cases on social media on Sept. 18.

“The investigation is now complete: the two workers are not contagious,” the health board said. “Further analysis was done and finally, no one has COVID-19. Workers with positive tests were flown out, following the mine protocol before the investigation was complete, but represent no risk of infecting anyone.”

That could mean the testing lab released a false-positive result, or the workers had previously contracted the virus but the infection has now passed.

That mine—along with neighbouring Glencore Raglan—closed in late March as most of Quebec went into lockdown. Nunavik Nickel then re-opened in April, although its Nunavik-based employees have not yet received the go-ahead to return to the work site.

That decision rests with the Nunavik Regional Emergency Preparedness Advisory Committee (N-REPAC). That committee gave the green light for Nunavik employees of Glencore Raglan to return to work as of Sept. 1 but has yet to indicate when Nunavik Nickel employees in the region can go back to work.

“Canadian Royalties will inform Nunavik workers as to when they will be able to return to work,” the health board said in its Sept. 18 statement.

Canadian Royalties did not respond to Nunatsiaq News’ request for more information. The company has previously said it is testing staff for COVID-19 and is only operating direct flights between Montreal and their mine sites.