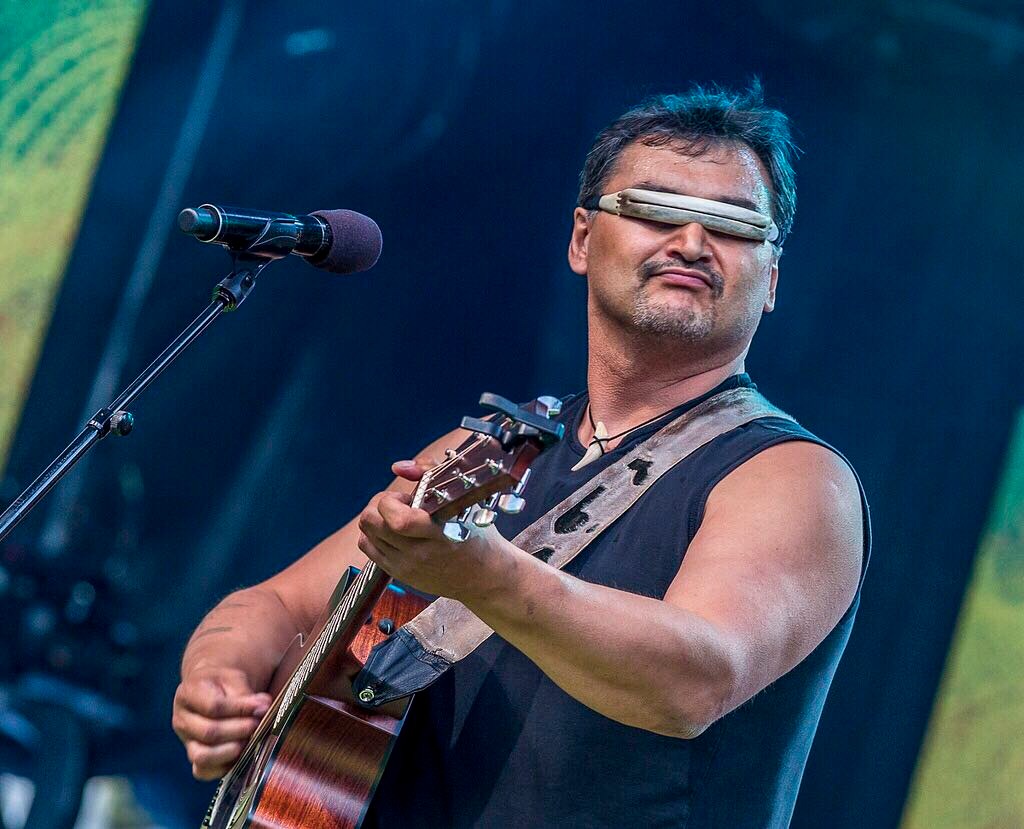 Etua Snowball performs at Aboriginal Day in 2017 in Montreal. He will release his fourth album, ‘Inuuvunga Sinuupa,’ soon. (Photo by Ed Maruyama)

Nunavik singer-songwriter Etua Snowball says his albums have been a journey so far, from his first one being innocent to his second and third that were more about exploring the world and who he is.

His fourth album, “Inuuvunga Sinuupa,” which he expects to be released soon, will include 10 songs, including four in Inuktitut.

It will be about recognizing who he is as a person and being able to “connect with my [Inuit] history and my elders … and to express what inequalities we have as a people,” he said in an interview.

The album’s title word, Inuuvunga, means ‘I am Inuk, I am alive,’ and is also a song on the album.

A sample of ‘Inuuvunga’ by Etua Snowball

From preserving Inuit culture to self-actualization and respecting the environment, Snowball, who lives in Kuujjuaq and grew up in Nunavik, said topics the album addresses are wide-ranging.

But, he added, it also discusses more serious themes, such as battling addictions and how those challenges can be faced, which is heard in the song, “Shame.”

A sample of ‘Shame’ by Etua Snowball

The album also discusses the ways culture and heritage are kept, as Snowball said he felt he lost some of his through things like social media that are mostly used in English.

“We tend to lose how we grew up, how we were taught,” he said.

However, the album also has space for themes like romance, shown in the song “Crazy.”

A sample of ‘Crazy’ by Etua Snowball

His foray into making music began in the mid-nineties, when his neighbour and teacher heard him singing and told Snowball he needed to record his material. That led to his first album “Nunaga,” in 1995.

Growing up, Snowball said, his musical inspirations were Inuit bands and artists such as Charlie Adams, as well as the music he heard on the radio.

When he was young, he guided tourists through Nunavik and in the process, he said, he was exposed to a variety of music.

“I met all sorts of people growing up, so it gave me inspiration for a lot of different [sounds],” Snowball said.

That varied musical background shows itself with the multiple styles he uses on his fourth album, whether it’s rock, reggae, funk or something different.

“Exploring certain styles is a good thing for me,” he said.

Typically, Snowball has leaned toward rock or easy rock songs but incorporated the other elements as well.

Once he has the outline for the song and the guitar, the rest falls into place, he said.

But the desire to make music will not stop for Snowball.

Whenever there’s a message to be heard or crafted into a song, Snowball said, he is always going to be inspired to write songs that have meaning.

“I will probably have a fifth [album] eventually,” he said.