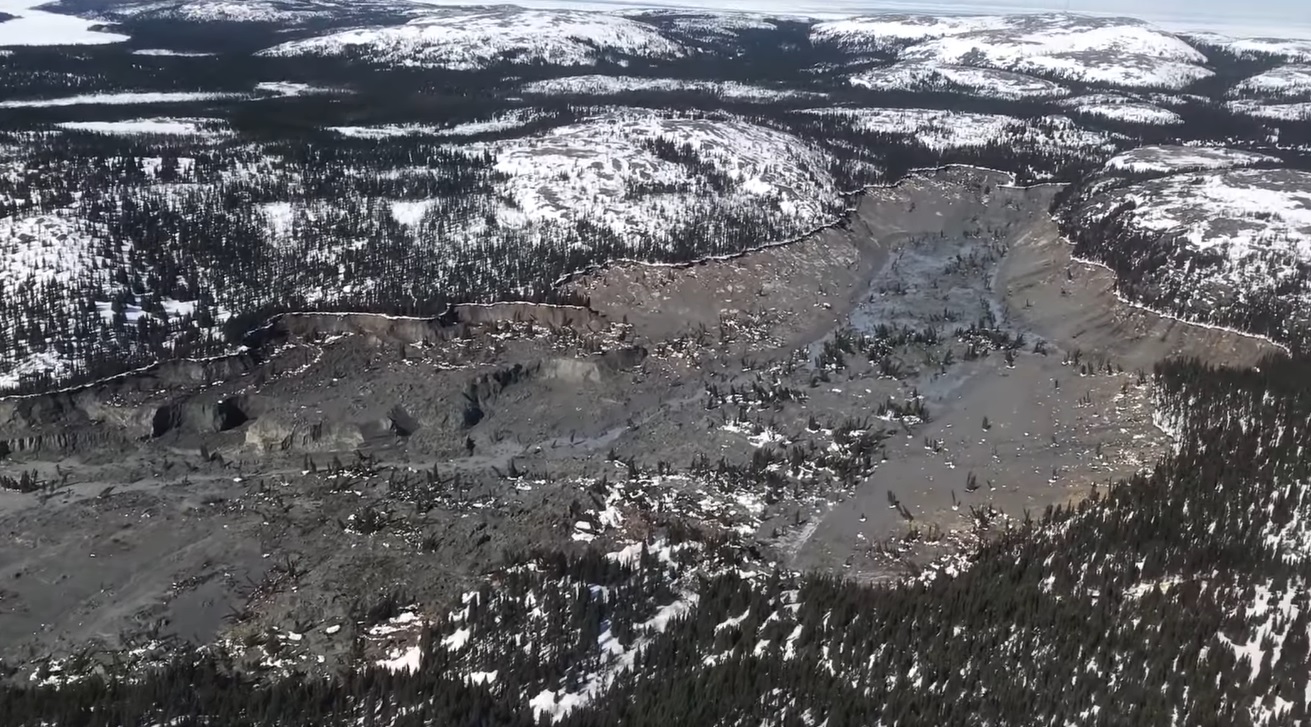 This aerial photo was taken April 23 of the landslides along the Great Whale River, upstream of the neighbouring villages of Kuujjuaraapik and Whapmagoostui. (Image courtesy of Whapmagoostui First Nation)

The landslides happened on April 22, roughly nine kilometres upstream from the community of about 700, which sits adjacent to Whapmaghoostui Cree First Nation.

The Kativik Regional Government said an April 23 news release that a “considerable amount of debris” descended into the Great Whale River following the landslides, which could potentially dam the river, putting the communities at risk of flooding.

But so far, the landslides do not pose any immediate danger to the community nor any major environmental concern, according to the regional government.

Kativik’s civil security department is in contact with Quebec government officials as well as experts from Laval University in order to assess the damage and do continued monitoring.

“Experts noted that because the community is located on a sandy plateau about 10 metres above water level that it was highly unlikely any major flooding would occur,” stated the government in the release.

“However, secondary landslides remained a real possibility as the land in the surrounding area of the event remained unstable.”

Kuujjuaraapik Mayor Anthony Ittoshat is still urging the Government of Quebec to send an expert to the community to evaluate the situation. Nunatsiaq News could not reach Ittoshat for a comment on Monday.

The landslides affected an area with thick clay soils.

In a Facebook post, Whapmagoostui First Nation recommended that residents refrain from travelling upstream along the river, noting the accelerated ice break up on the river as a result of the landslide.

Cold weather over the weekend slowed that process, but Environment Canada is now forecasting sunny, above zero temperatures in the region all week.