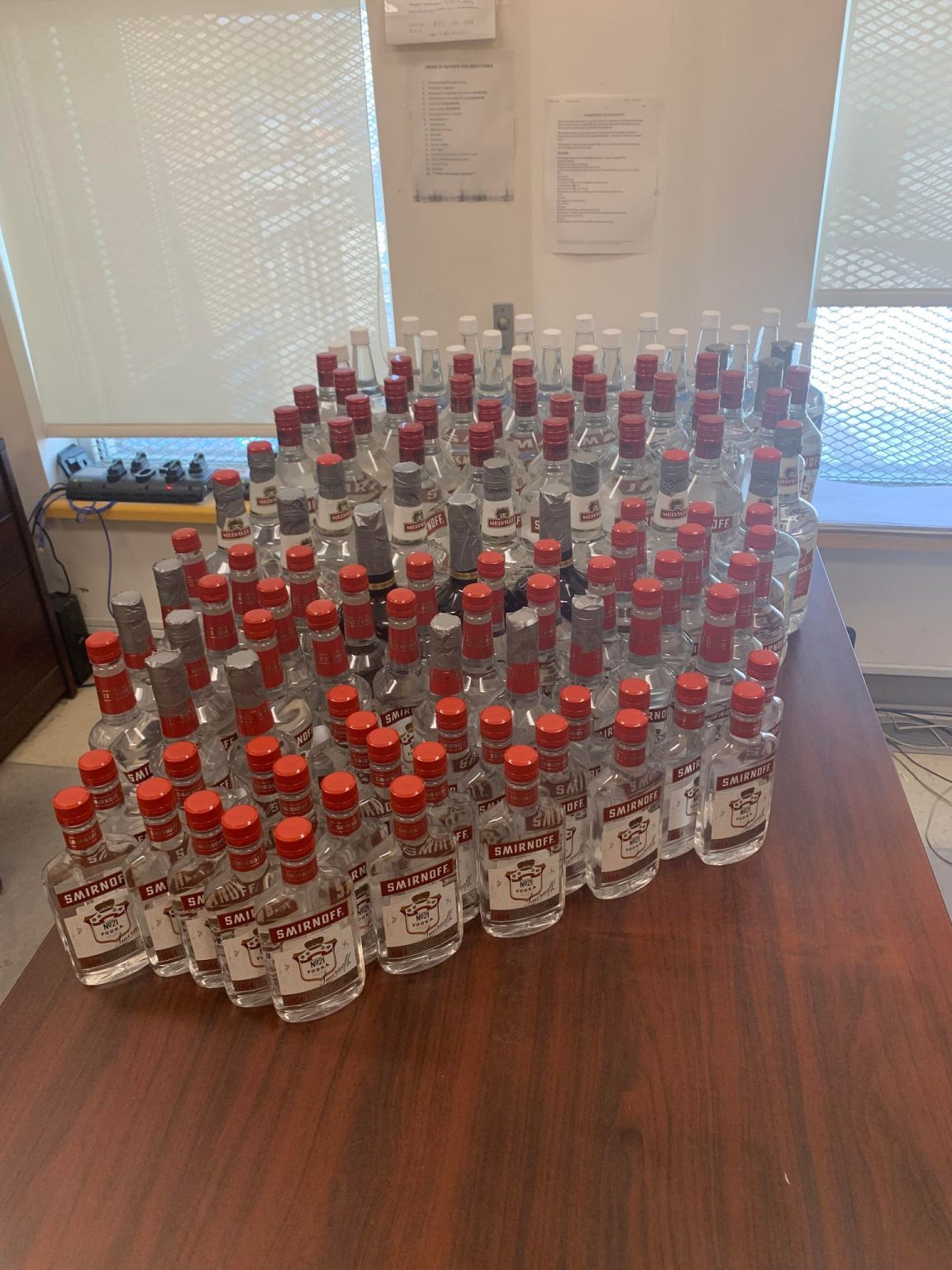 Nunavik police seized $51,000 worth of contraband alcohol on July 28 and 29 in Inukjuak, according to a news release. (Photo courtesy of Nunavik Police Service)

The seizures, which included bottles of vodka of various sizes with an alcohol concentration of 40 per cent, took place July 28 and 29, according to a news release from the service.

Five people were arrested and ticketed. Police did not release their names.

“In this case, the seizures were made under Inukjuak’s municipal bylaws, and infraction tickets were also issued under the same bylaw,” said Deputy Chief Shaun Longstreet.

Police are asking anyone with information about bootlegging or drug trafficking to phone 819-964-2095, ext. 2504 or email tips@nunavikpolice.ca to submit tips. They can be submitted anonymously, and people are not required to testify in court.