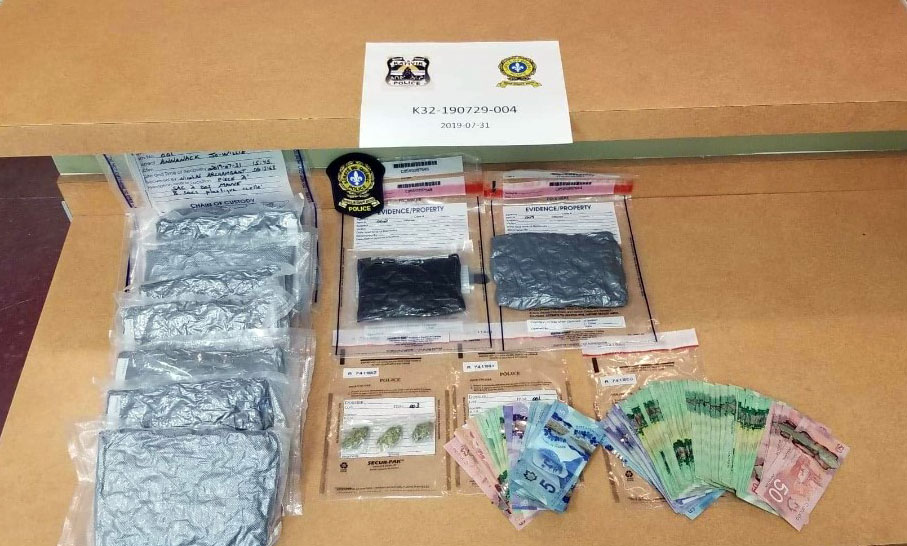 The KRPF displays the hash, marijuana and cash its officers seized in Inukjuak on Wednesday, July 31. (Photo courtesy of KRPF)

navik police say they’ve seized more than $90,000 worth of cannabis and hash from a home in Inukjuak.

The Kativik Regional Police Force and Sûreté du Québec executed a search warrant on Wednesday, July 31, at a home in the Hudson coast community of 1,800.

Police estimate the street value of the seized drugs at $92,460.

Police arrested a male suspect, who has been charged with drug possession, trafficking and selling an illegal substance to a minor.