“There’s a huge demand for caribou all around” 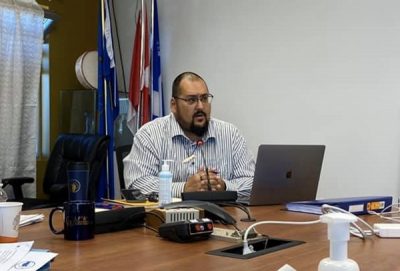 Makivik Corp. says it continues to push for an Inuit-led caribou management plan in Nunavik—one that will both protect the region’s herds and allow for a sustainable Inuit harvest.

But that process has been slowed by both COVID-19 restrictions and mismatched priorities with provincial wildlife officials, said Adamie Delisle Alaku, Makivik’s vice-president of environment, wildlife and research.

“It’s stipulated in the James Bay and Northern Quebec Agreement that [Indigenous] partners have priority of harvests, but [the Quebec government] doesn’t recognize that.”

The province finally closed the sport hunt of the Leaf River caribou in 2018, but has also moved to restrict Inuit harvesting of the herd, he said.

A 2019 survey of the George River herd, led jointly by the Quebec and Newfoundland and Labrador governments, has yet to be released, but preliminary findings suggest that calf survival is lower than the previous year.

2018 figures say the herd is about 5,550 in number and Makivik continues to recommend no hunting of the herd.

The most recent survey of the Leaf River herd, however, suggests that herd is stable now, at roughly 186,000 animals.

Nunavimmiut have been harvesting caribou from the Leaf River herd, but Delisle Alaku worries that Quebec will interpret that as a reason to open the hunt more broadly.

“It’s hard for us to push for our rights when they don’t know what’s happening in the communities,” he said. “There’s a huge demand for caribou all around.

“Once the herd is more sustainable, they will want to reopen the sports hunt [and] they are getting pressure from lobbyists,” he said. “They’re not recognizing our priority to harvest.”

Caribou are also facing new threats as Nunavik’s climate changes, including increased wolf predation and a new parasite found in the flesh of the animal called sarcosporidiosis.

Nunavik’s Inuit-led plan would help to track and protect animals from those kind of threats, Delisle Alaku said, as well as harvest monitoring and education around Inuit traditional knowledge.

Makivik has also weighed in on federal consultations to determine if caribou should be added as an endangered species to the Committee on the Status of Endangered Wildlife in Canada. That committee has recommended that eastern migratory caribou be listed as species at risk.

But that would encompass caribou herds in Manitoba, Ontario, Quebec and Labrador, Delisle Alaku said, without distinguishing different herds and the health of their individual populations.

“We have three herds in Nunavik, so to us, it doesn’t make sense to list them as one species at risk,” he said. “They’re not all in the same boat.”

While George River herd numbers have plummeted in recent years, the Leaf River and Torngat Mountains herds are relatively stable, he said.

The federal environment ministry has yet to make a decision on listing eastern caribou as species at risk.