‘Things have to change now!’ education workers chant outside the Kativik school board office in Montreal 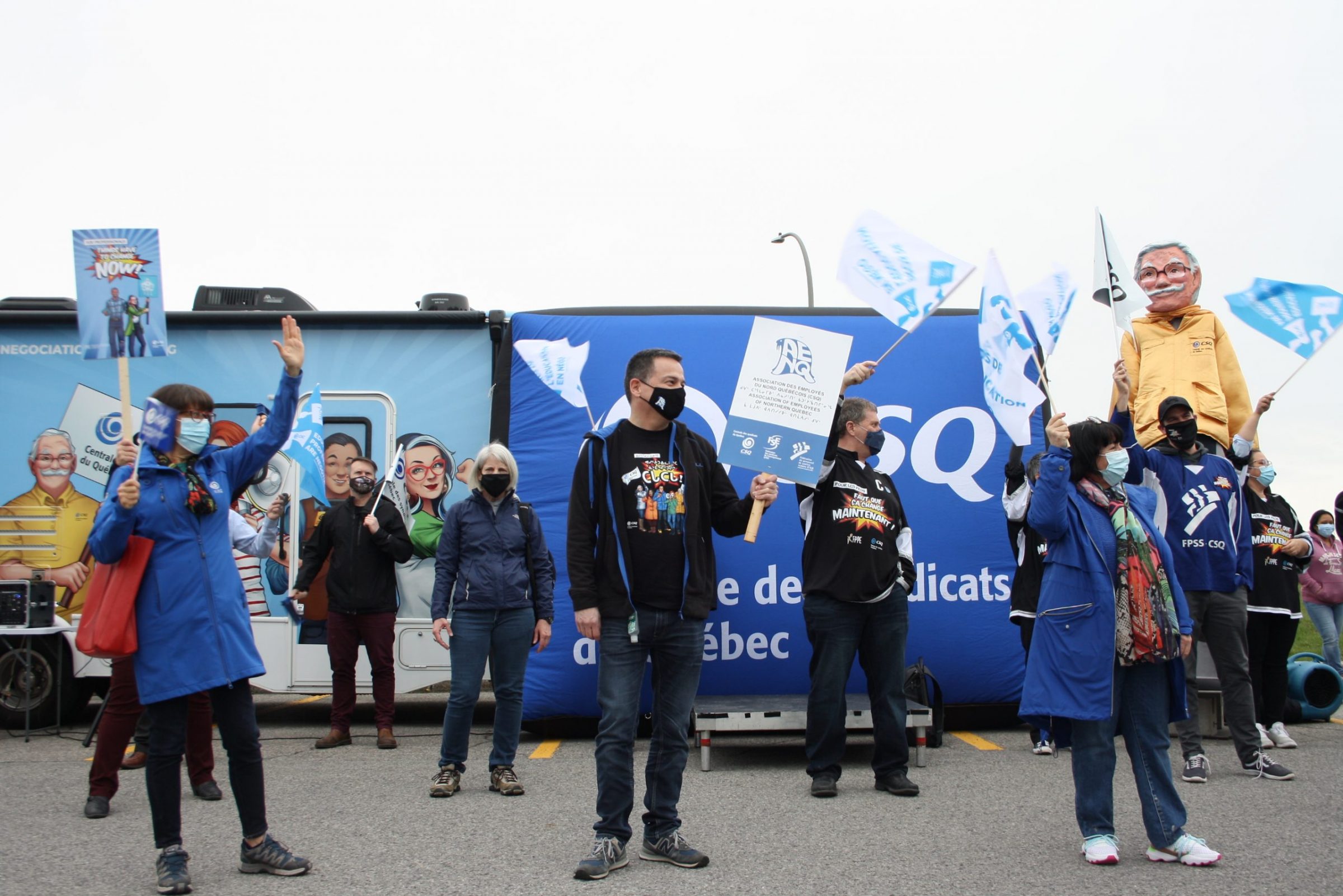 A group of Nunavik teachers and support staff belonging to the Association of Employees of Northern Quebec picket in front of the Kativik Ilisarniliriniq school board’s head office in Montreal Wednesday. The union’s members staged a one-day strike over the slow pace of contract talks. (Photo by Stéphanie Ricci)

“We are fed up that negotiations are going nowhere,” said Larry Imbeault, president of the Association of Employees of Northern Quebec, the union representing Nunavik teachers. 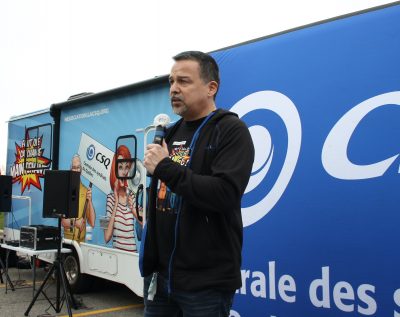 Larry Imbeault, president of the Association of Employees of Northern Quebec, the union representing Nunavik teachers, says its members are tired of slow progress in contract talks with the Kativik Ilisarniliriniq school board. The union held a one-day strike at the board’s head office in Montreal on Wednesday. (Photo by Stéphanie Ricci)

The union says the two sides have failed to reach an agreement after more than 25 rounds of negotiations.

“Teachers that go to work in Nunavik stay less than a year and a half, on average. There’s a big problem with retention and attraction because [schools] have to hire more and more non-legally qualified teachers,” Imbeault said.

Kativik Ilisarniliriniq has one psychologist and two social workers for its 17 schools in 14 communities, according to the president of the West Montreal school boards professionals union, Carolane Desmarais.

“Nunavik students are entitled to quality services like all other students in Quebec. For that, the government will have to make an effort,” she said.

Other regional factors, such as the high cost of living, impact learning outcomes, said Hélène Sabatié who taught in Inukjuak and Kangiqsujuaq for four years.

“It’s very difficult to have a stable internet connection which makes it complicated for the students and for our research,” she said.