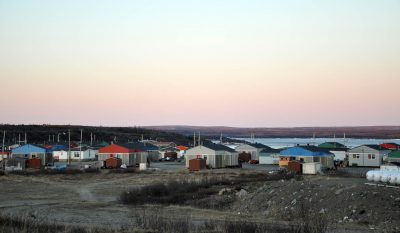 The Kativik Municipal Housing Bureau is leading a wider, more co-ordinated effort to tackle bedbug infestations in its units, starting in Kuujjuaq this week and then in Hudson coast communities later this month. (File photo)

Nunavik will see a total of 106 new social housing units built next year, spread out in six of the region’s communities.

The Kativik Municipal Housing Bureau announced housing allocations at the recent meeting of the Kativik Regional Government’s council held in Kuujjuaq on Sept. 14-16.

Sixty-four of those units were already announced in 2019, thanks to a five-year tripartite agreement reached in 2018. The deal sees Ottawa pay $25 million a year for social housing in Nunavik until 2022, while Quebec pays the operating costs.

A separate bilateral agreement with the federal government will pay for an additional 42 units to be built next summer, KRG councillors heard on Sept. 16.

New homes come as good news in a region where a housing shortage and overcrowding persist. A 2019 housing survey determined that the region is short of 1,017 units.

Puvirnituq is set to receive 16 new units, Salluit will receive 26 new homes, Inukjuak will get 24, Kuujjuaq 20, and both Kuujjuaraapik and Umiujaq will get 10.

The 2021 allocations also show that communities will receive larger homes, with more three- and four-bedroom units being built to accommodate larger families, rather than one- or two-bedroom homes.

That’s despite recent housing surveys that show that more Nunavimmiut are living alone; last year, there were 781 applications to the KMHB for one-bedroom units.

Puvirnituq will also see an additional 24 units and Umiujaq an additional 12 units built next year. That housing, which was announced and funded in 2018, was scheduled to be built in 2020 but faced construction delays.

Nunavik communities limited the number of construction workers permitted into the region this summer as a preventive measure against COVID-19, delaying some building projects.

Negotiations with both the provincial and federal government around the provision of housing in Nunavik have looked at alternatives to social housing, which currently houses about 97 per cent of the region’s residents.

Quebec’s 2018 budget also invested $15.9 million into a program to help Nunavimmiut with the purchase and construction of 45 private housing units over a five-year period.

The program offers a 75 per cent subsidy on buying or building a new home in Nunavik and has received some applicants since it launched, the housing board said last year.