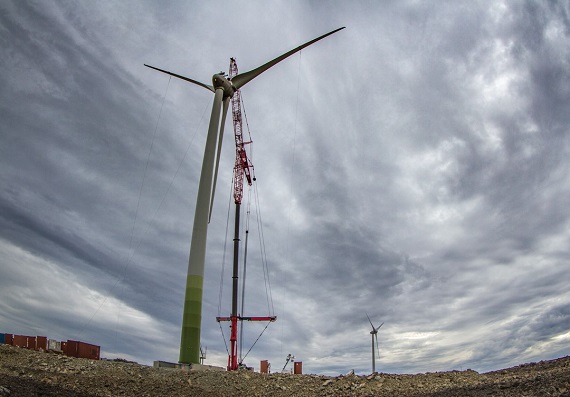 Four years after it launched, a Nunavik joint-venture firm is taking its first steps to develop renewable energy projects across the region.

Makivik Corp. and the Fédération des coopératives du Nouveau-Québec (Ilagiisaq-FCNQ) joined forces in 2017 to create Tarquti Energy, with the goal of helping wean the region off its reliance on fossil fuels.

Tarquti is the tool used to tend to a qulliq.

Now, the company is launching its first initiative, by looking at the feasibility of wind power in five communities.

This summer, Tarquti will install weather masts to gather wind data in Kuujjuaq, Quaqtaq, Kangiqsujuaq, Salluit and Puvirnituq — communities where some of the region’s highest wind speeds have been documented.

“This is a big move,” said Mary Johannes, president of Ilagiisaq.

“We’ve talked about this for quite a few years. There have been delays. And now the leadership has changed again, so we’re moving on with this.”

Ilagiisaq currently supplies all diesel fuel to Hydro-Quebec in Nunavik. That amounts to more than 50 million litres of diesel and other fuels each year to power homes and transportation.

Currently, all the electricity consumed in Nunavik is produced by diesel generators, but Tarquti hopes to change that.

With wind power among the most advanced renewable technology, it’s the natural place for Tarquti to start, Johannes said. And the firm has at least one project to learn from: the three-megawatt wind turbine in operation at the region’s Raglan nickel mine.

Tarquti is also in discussion with Hydro-Québec about future renewable energy projects, as well as with the Gaspé, Que. wind and solar power research firm Nergica.

The company also intends to look at potential locations to capture tidal power or hydroelectricity at some point, Johannes said.

Nunavik already has one hydroelectric project underway, a 7.5-megawatt run-of-the-river dam on the Inukjuak River, though that project is already overseen by Inukjuak’s Pituvik Landholding Corp. in partnership with Innergex Renewable Energy Inc.

In the meantime, Tarquti needs to tap into government grants to fund its research, Johannes said, as well as to hire a general manager and staff.

Tarquti’s ownership is 51 per cent Ilagiisaq and 49 per cent Makivik.