Kudos to 2 MLAs for calling out cabinet-level stonewalling, but the problem runs deeper 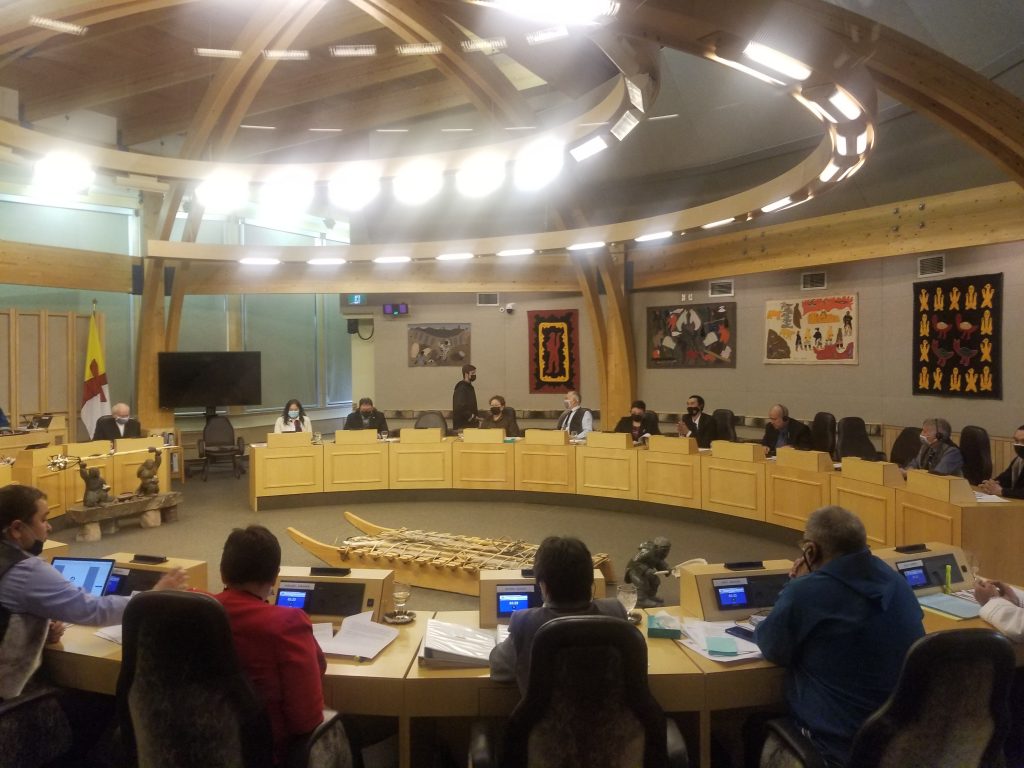 During their winter sitting in November, members of Nunavut’s legislative assembly, shown in a file photo from March, admonished cabinet ministers for not providing clear, direct answers to the questions they ask. (File photo by David Venn)

Those two members of Nunavut’s legislative assembly led regular MLAs in admonishing the territory’s cabinet earlier this month, saying they don’t like how cabinet ministers stonewall them.

“We’re not getting direct answers to our questions,” said Malliki, the MLA for Aivilik, in the legislative assembly on Nov. 7.

And it’s not just cabinet ministers who don’t answer questions. A culture of silence is pervasive in Nunavut’s public sector.

Five years ago, Canada’s auditor general diagnosed a culture of obedience in the federal public service, where bureaucrats were afraid of taking risks and making mistakes.

Malliki and Sammurtok have highlighted a similar risk-aversion in Nunavut’s cabinet. If that’s how it is at the top, can we be surprised that that attitude filters down through the territory’s entire public service?

That principle has been at the heart of Canada’s access to information laws for 40 years, and at the heart of democracy for centuries. The principle behind access laws is that every government record belongs to the public and should be theirs for the asking, subject to some narrowly defined exemptions.

So why do members of the public, journalists and, evidently, MLAs have such a hard time getting answers from their government?

Distance makes it easier for government to ignore questions, especially when the person asking for it is in a far-off community. Nunavut’s public service has a culture where bureaucrats don’t stick their necks out, a circumstance that management and politicians tolerate.

A Nunatsiaq News reporter recently doing a follow-up on a sewage spill in Rankin Inlet got a response to his question that didn’t include the name of the public servant who provided it. The email was signed simply, “Department of Community and Government Services Communications.”

If you want better performance from the public service, hold them accountable. Make government officials — whether they’re cabinet ministers, spokespeople or front-line workers — attach their names to their work.

Another reporter asked a federal department what’s new in a high-profile cultural project. “We’ll tell you when we’re ready,” was the answer.

In September, Steele said Nunavut’s government needs a “change in attitude” when it comes to disclosing information to the public. Certainly, the MLAs’ admonishment of cabinet addresses a similar problem.

Addressing these crises requires honest, straightforward talk about them.

That requires government to give people the information they ask for, when they ask for it. Of course, that applies whether it’s an ordinary citizen, a journalist or an MLA who is asking for it.