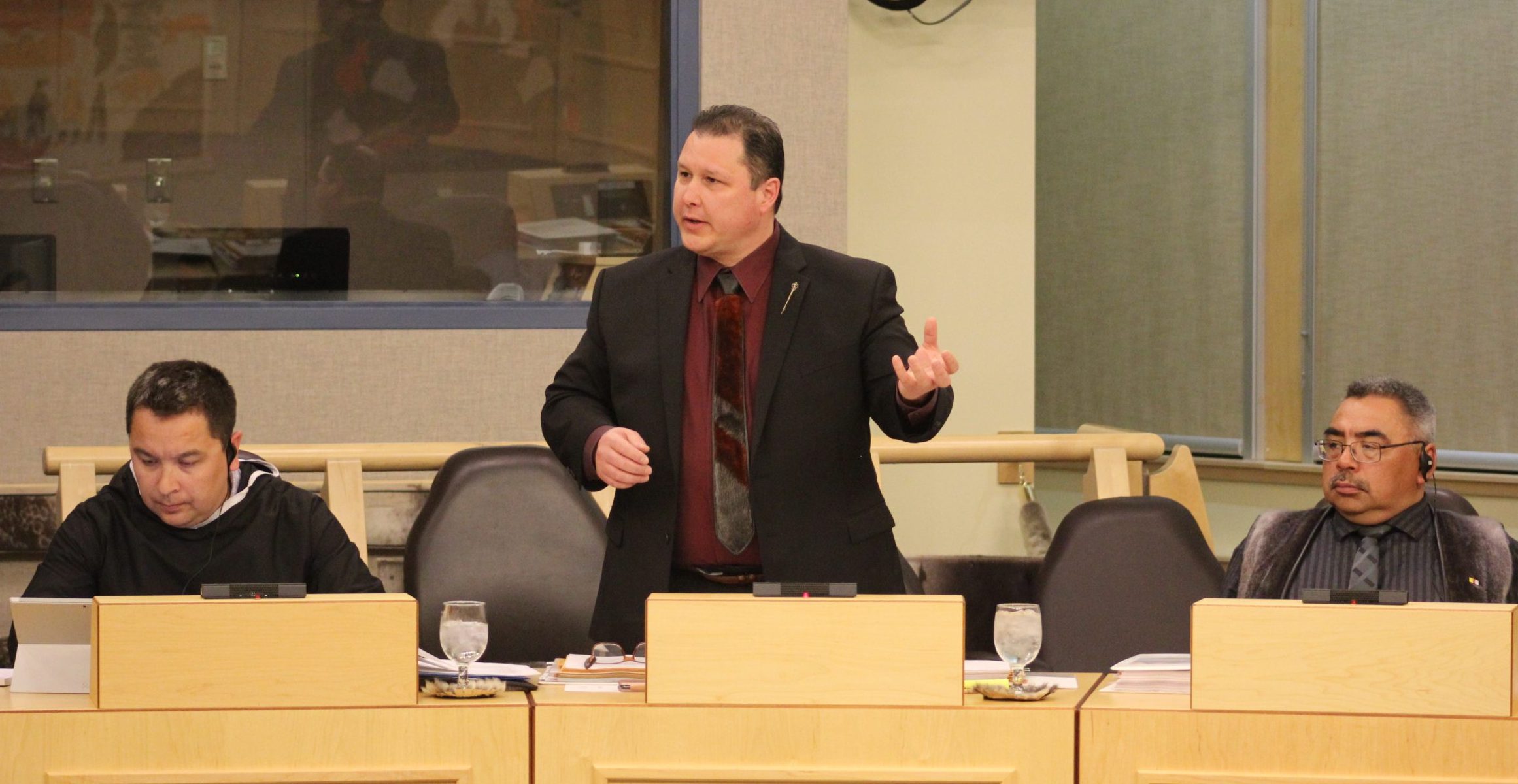 George Hickes is Nunavut’s minister of health. He says the territory does have a plan in place, in case the COVID-19 virus does end up in Nunavut. (File photo)

Nunavut plans to subsidize half the cost of the federal carbon tax to residents when it comes into effect on July 1.

Finance Minister George Hickes announced the plan, calling it the “Nunavut carbon rebate,” yesterday afternoon during committee of the whole.

Hickes said the government plans to spend $3.6 million this year to create the new program, which will come into effect throughout the territory the same day as the federal tax.

As an example, Hickes said, residents will only see a 2.5 cents per litre increase on gasoline instead of the federal tax’s 5 cent increase.

Through an agreement with Ottawa, fuel used by Qulliq Energy Corporation to generate electricity in the territory and aviation fuel for aircraft operating within the territory are exempt from the tax.

“We know that Nunavummiut do not face the same options as southern Canadians. Because our options are limited, it will be harder for us to change our habits. It will take longer for our economy to adjust,” Hickes said.

Hickes said the government intends to use the revenues they do not immediately give back to fund “other initiatives.” Those include a number of proposed changes to the Income Tax Act.

Those changes are expected to be discussed later this sitting, Hickes said.

As the federal carbon tax increases over the next several years, the rebate will increase along with it, so Nunavummiut will continue to only pay half the amount, Hickes said.

The cost of the new rebate program is about $36 million over this fiscal year and the next three, until 2024.

But the subsidy is not permanent. Starting in 2023-24, the government will slowly reduce the amount of the rebate.

“In effect, Nunavummiut will face the same overall adjustment as other Canadians to the federal carbon tax, but over a period that is twice as long,” Hickes said.

Iqaluit-Niaqunnguu MLA Pat Angnakak asked Hickes how the government plans to alleviate some of the pressures of the tax on low-income residents.