Nunavut back down to 0 active COVID-19 cases

All active cases in Coral Harbour have recovered 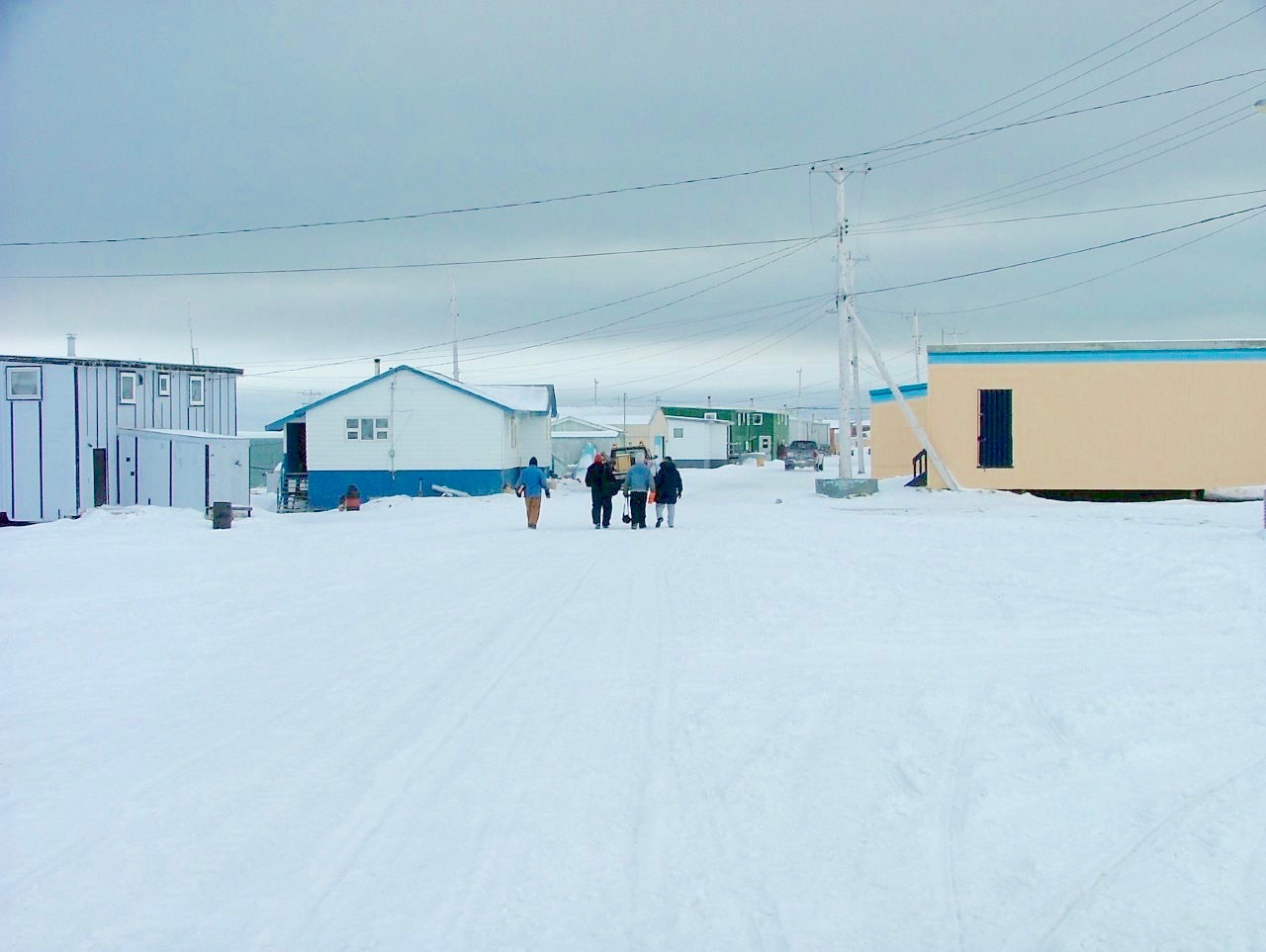 For the first time in over a month, there are no active cases of COVID-19 in Nunavut. Public health restrictions have eased in Coral Harbour, seen here, where 11 cases of COVID-19 emerged earlier this month. (Photo courtesy of Leslie Philipp/Wikicommons, CC BY 2.0)

There are no active cases of COVID-19 across Nunavut for the first time since the summer, the territorial government announced Tuesday.

Throughout October, the number of cases of the virus hovered around seven in Coral Harbour and peaked at eight on Oct. 7.  The hamlet had a total case count of 11.

The outbreak is still considered ongoing, according to the Health Department, which says 28 days need to pass without a new active case before an outbreak can be declared over.

“As the risk of community transmission is low, it is safe to slightly ease public health measures and lift the travel restrictions,” he said.

Schools, childcare facilities and non-essential businesses are allowed to open, but parks and playgrounds must stay closed, according to the release.

Churches are allowed to open for 50 people, or at 25 per cent capacity, but no singing is allowed.

Playgrounds must stay closed, and restaurants are still limited to take-out only.

The first case was reported in Coral Harbour on Sept. 29.

About a week later, the Government of Nunavut said there was a significantly increased risk following household gatherings and memorial gatherings in the community.

Residents who attended a gathering or travelled on or after Sept. 21 were told to isolate for 14 days.

Then, the average case count stayed around one for the first week of the month, before jumping to seven on Oct. 11.

On Oct. 8, Patterson announced restrictions on travel to and from Coral Harbour.

Indoor and outdoor gatherings were also limited to five people and all gatherings at churches, gyms and libraries were prohibited.

With only 56 per cent of Coral Harbour’s eligible population of those over 12 years old being fully vaccinated, the hamlet of about 975 people has the second-lowest vaccine rate in Nunavut.

Two weeks ago they were lowest on the list, but are now more vaccinated than Igloolik’s eligible population, which sits at 53 per cent fully vaccinated, as of Oct. 26.

Before the outbreak in Coral Harbour, a few cases were reported in Iqaluit, Rankin Inlet, Kinngait, Kugluktuk and Arviat, which are all now resolved.

The COVID-19 situation is still considered ongoing in Iqaluit, Kugluktuk and Kinngait, on top of the outbreak in Coral Harbour, according to the Health Department.

In response to the cases in Kinngait, the GN implemented stricter vaccine policies for workers coming into the territory, and on Nov. 1 travel became more limited for workers exempted from getting the vaccine.

After a presumptive case of the virus was reported in Arviat on Sept. 17, the territory’s common travel area with Churchill, Man., was suspended.

Within a couple of days, the GN was looking for possible undetected transmission of the virus within the community, but the case count didn’t spike in the coming days or weeks.

An outbreak also occurred at the Hope Bay mine near Cambridge Bay, with 11 employees having presumptive cases of COVID-19 on Sept. 27.