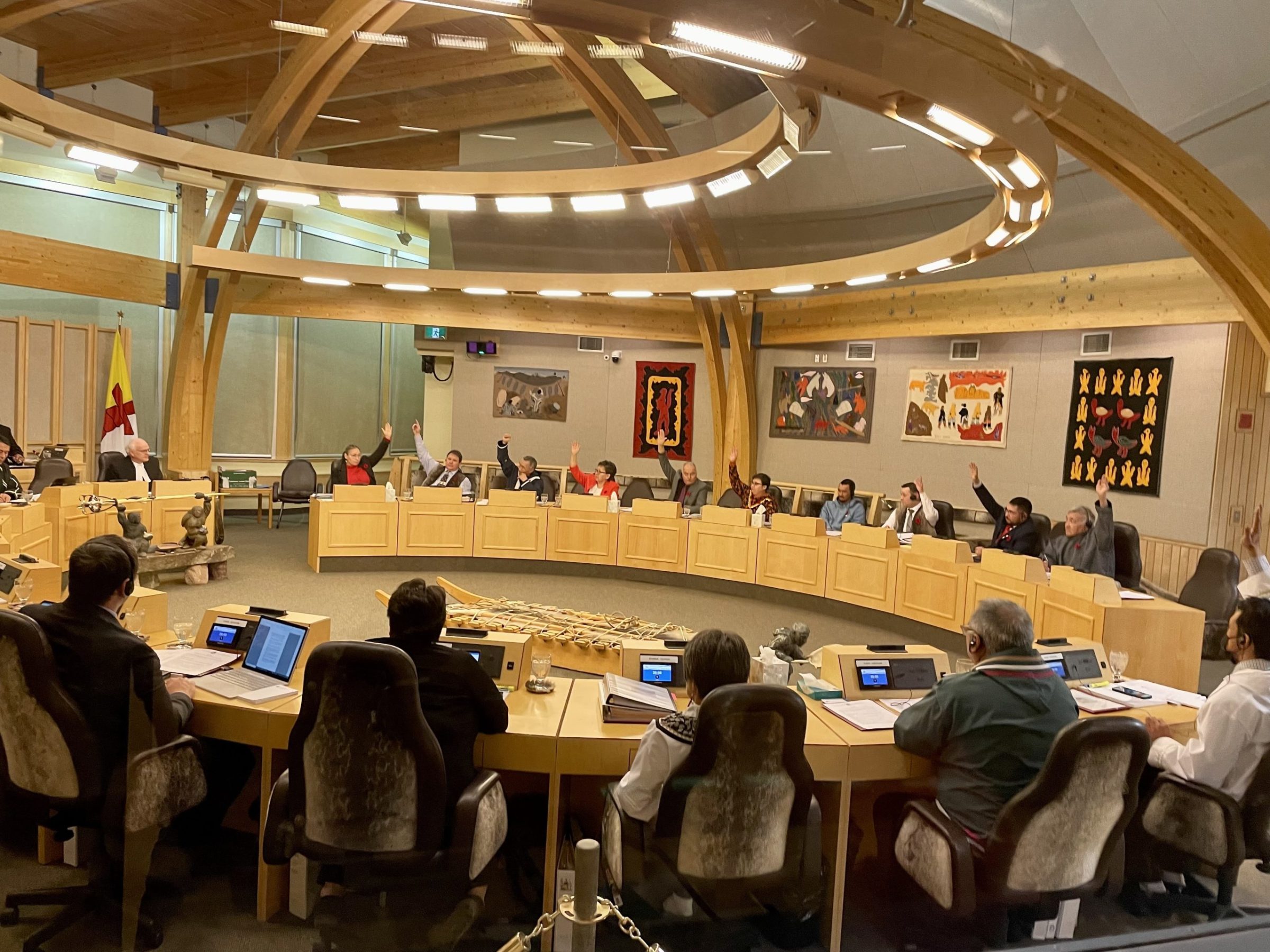 The regular members of Nunavut’s legislative assembly have sent a notice to the territory’s cabinet ministers: answer our questions.

Aivilik MLA and regular members caucus chairperson Solomon Malliki put forward a motion in the legislative assembly Monday to admonish cabinet because of what he described as poor communication.

“We’re not getting direct answers to our questions,” Malliki said.

The motion passed, with every regular member voting in favour with the exception of Hudson Bay MLA Daniel Qavvik, who abstained.

The motivation for the motion came from regular members feeling their questions were not being answered by cabinet in a variety of ways, Malliki said.

One of the responsibilities of MLAs who are regular members is to hold cabinet accountable by questioning the ministers responsible on issues in the territory.

Whether in committee, question period or via email, cabinet has either not answered a question, answered indirectly or taken too long to respond, Malliki said.

Getting those answers is important, Malliki said, as the questions regular members ask concern issues their constituents bring forward to them.

The communication problem lies within cabinet as a whole and not with any specific minister or department, he added.

Malliki said regular members have been mulling putting forward such a motion since the spring sitting in May and June.

Premier P.J. Akeeagok told Nunatsiaq News the motion was “a bit of a surprise.” He said he is always open to discussing issues, but was not approached about any concerns with his cabinet before the motion was tabled.

“My door is always open,” Akeeagok said of being approached.

In his response to Malliki in the legislative assembly, Akeeagok emphasized his government is open and wants to work in unity to address regular members’ concerns over a lack of communication from cabinet.

Akeeagok told Nunatsiaq News he has no concerns over anyone in his cabinet.

Arviat-South MLA Joe Savikataaq spoke in the legislative assembly about a minister’s responsibility to give clear responses to questions.

“Sometimes when we get the answers, we get a bunch of data and other information but at times we don’t get clear, candid answers,” Savikataaq said.

“Our constituents want to know,” he added, of getting answers from cabinet on questions.

If MLAs cannot get answers from cabinet on important questions, then regular members cannot be productive members of their community, she added.

While Lightstone was previously a part of this assembly’s cabinet as minister of finance and human resources, he said it was not surprising that a motion like this arose.

He said similar problems were occurring in the fifth assembly, in 2019, that led to a letter of expectations being sent.  However, COVID-19 soon curtailed those efforts, Lightstone said.

He also said this recent motion is another attempt to ensure cabinet has a higher standard set so similar communication problems do not continue or get repeated.