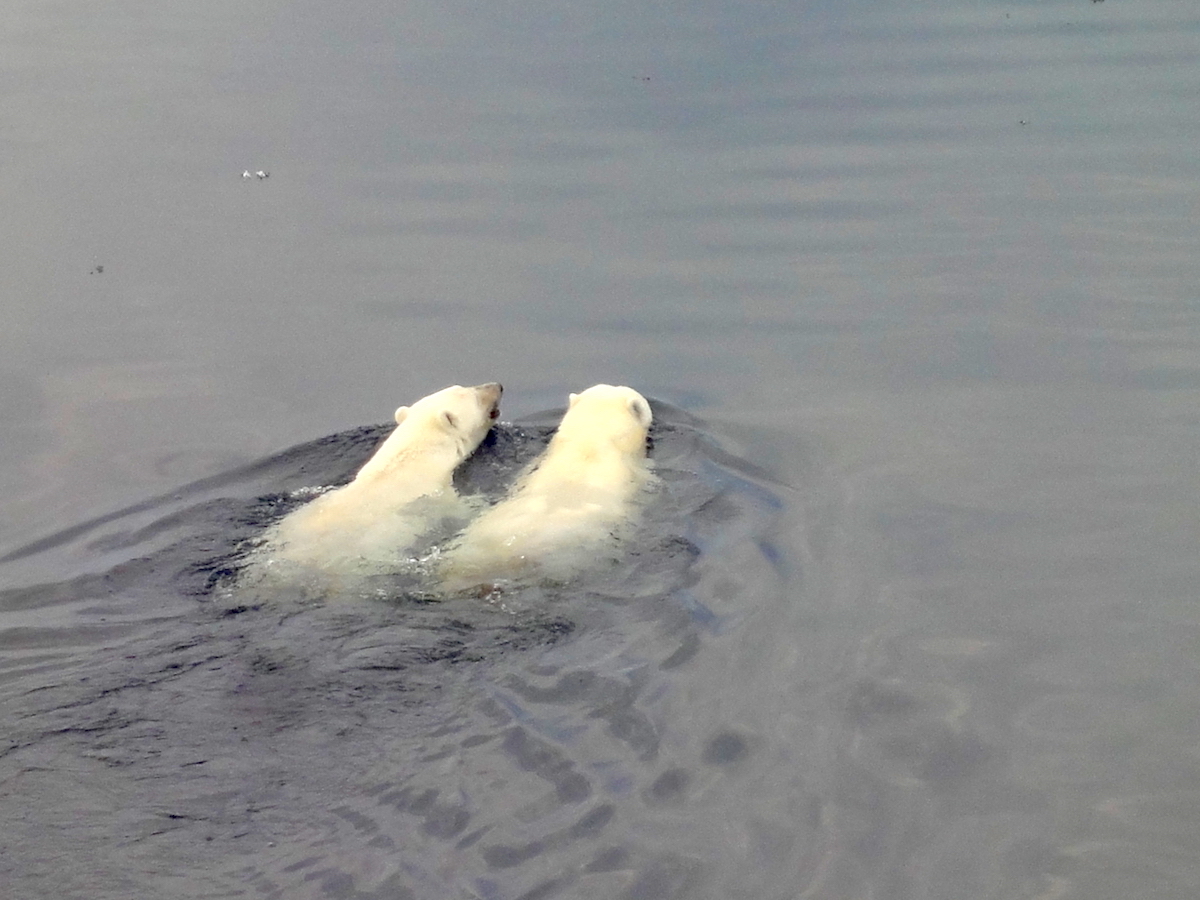 That was the news from the Nunavut Wildlife Management Board to members of the Kitikmeot Regional Wildlife Board at its annual general meeting in Cambridge Bay.

The cornerstone of the new polar bear management plan is the one-to-one male-female harvesting ratio for all Nunavut subpopulations, the NWMB chair, Dan Shewchuk, told those at the meeting.

The gathering in Cambridge Bay is the first of three regional wildlife board annual meetings that he and Jason Akearok, the NWMB’s executive director, plan to attend.

Akearok said getting the polar bear management plan done has been “quite a feat.”

“We are going to do what we can do to get this in place before this season,” he said.

The plan has been under consideration for nearly five years, with a big discussion about the draft plan last March in Iqaluit at an NWMB board meeting.

Of the circumpolar world’s 19 subpopulations of polar bears, 12 are found mainly in Nunavut.

There are quotas now for each of those subpopulations—and defence kills fall under annual quotas for each community.

While the new plan won’t increase quotas right now, new total allowable harvests, as the quotas are called, will be considered as new data comes.

Under the previous plan, Nunavut communities could only hunt one female polar bear for every two male polar bears hunted through an annual allotment of community polar bear tags.

That applied everywhere except to a Baffin Bay subpopulation of polar bears, where a one-to-one male-female harvesting ratio was in place.

Under the new plan, it won’t make any difference if a polar bear harvested in Nunavut is a male or female, as long as the balance between males and females is maintained. Cubs will count as a half tag. 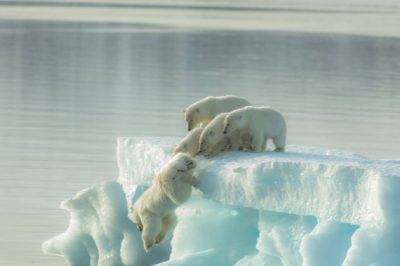 This female polar bear leaps into the water near Arctic Bay as her four cubs watch her. Under the new polar management plan, the defence kill of these polar bears would count against three of the community’s polar bear tags. (File photo by Niore Ikalukjuak)

The new one-to-one harvest ratio should allow communities to continue with defence kills, when needed.

Polar bear incursions into communities have been an increasing concern in the territory after two deaths by polar bear mauling in the Kivalliq region last year—but, under the current management plan, the defence killing of a polar bear, when female, has counted as two tags. This has left some communities with no more tags to count on after a defence kill.

But he has previously said that aggressive polar bears are harmful to Inuit culture and lifestyle, because of damage to cabins, bird colonies and seal populations.

Those at the meeting in Cambridge Bay welcomed news of the change in the polar bear management plan.

They were also pleased to learn that Cambridge Bay will have five more tags for grizzly bears. A large grizzly bear was seen, and later shot, after roaming around an area close to Mount Pelly where there are many cabins.

Elsewhere, the reaction to the new polar management plan could be mixed.

Polar bears face an uncertain future due to threats posed by climate change, according to a 2018 assessment by the Committee on the Status of Endangered Wildlife in Canada.

The committee, known as COSEWIC, once again assessed polar bears as a “special concern.” That means the species may become threatened or endangered because of a combination of biological characteristics and identified threats.

An earlier version of this story, based on information from the NWMB, said the polar bear management plan had not been approved. In fact, it was approved last week by Nunavut’s environment minister. As well, the earlier version said that federal environment minister had earlier signed off on the plan. This was not the case, the NWMB now says, as such approval was not needed. The additional grizzly tags will be going to Cambridge Bay, not to the entire region as earlier stated.