Susan Avinngaq and Jaco Ishulutaq lauded for their long-time contributions 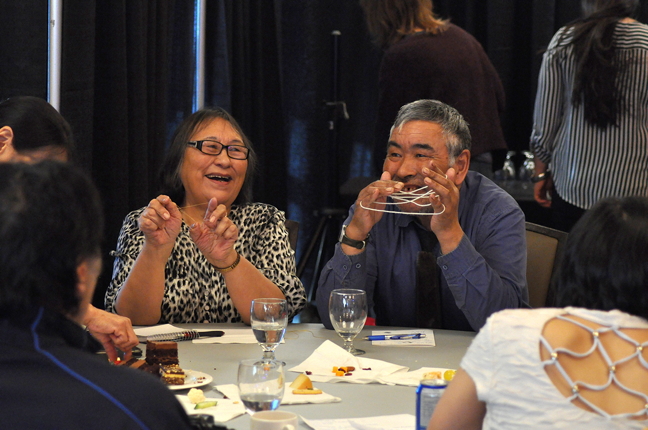 Igloolik elder Susan Avingaq is seen here with Lasaloosie Ishulutak at a Qaggiq Performing Arts Summit in Iqaluit in 2016. She’s one of the Nunavut Commissioner’s Arts Award winners for 2018. (File photo)

Susan Avinngaq of Igloolik and Jaco Ishulutaq of Pangnirtung are the winners of the 2018 Nunavut Commissioner’s Arts Award.

The honour comes with a cash prize of $5,000 and a certificate from Nunavut Commissioner Nellie Kusugak.

“It is such an honor to recognize Mrs. Avinngaq and Mr. Ishulutaq for their outstanding contribution to Nunavut’s visual arts,” Kusugak said in a news release. 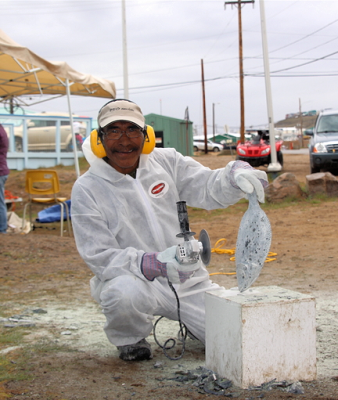 Pangnirtung’s Jaco Ishulutaq is seen here at work on a group sculpture project at the Nunavut Arts and Crafts Association’s annual festival in 2017. (File photo)

Ishulutaq is a long-time master carver and sculptor whose works have been showcased at many exhibitions across the country.

“Having started carving at the age of 16, Jaco has done tremendous work and many young aspiring artists look up to him as a role model,” the news release said.

“Mr. Ishulutaq takes great pride in the arts; he regularly mentors and encourages many others to carry on the tradition to ensure that Inuit art remains alive for many years to come.”

Avinngaq is an Inuit storyteller, performer and actress, author and illustrator and costume designer.

“In over 25 years, Mrs. Avinngaq has played various key roles in many productions and has shared her extensive knowledge of Inuit cultural practices, traditions, stories and music,” the release said.

“Mrs. Avinngaq puts much of her energy into preserving and protecting the Inuit culture, tradition and heritage and she does so through many forms of art.”

Nominations are reviewed by a committee, whose members have an in-depth knowledge of arts and culture in Nunavut. Nominees are judged on their artistic achievements and the quality and impact of their work.