“No one should feel unsafe in this community,” says letter from concerned Kugluktuk residents 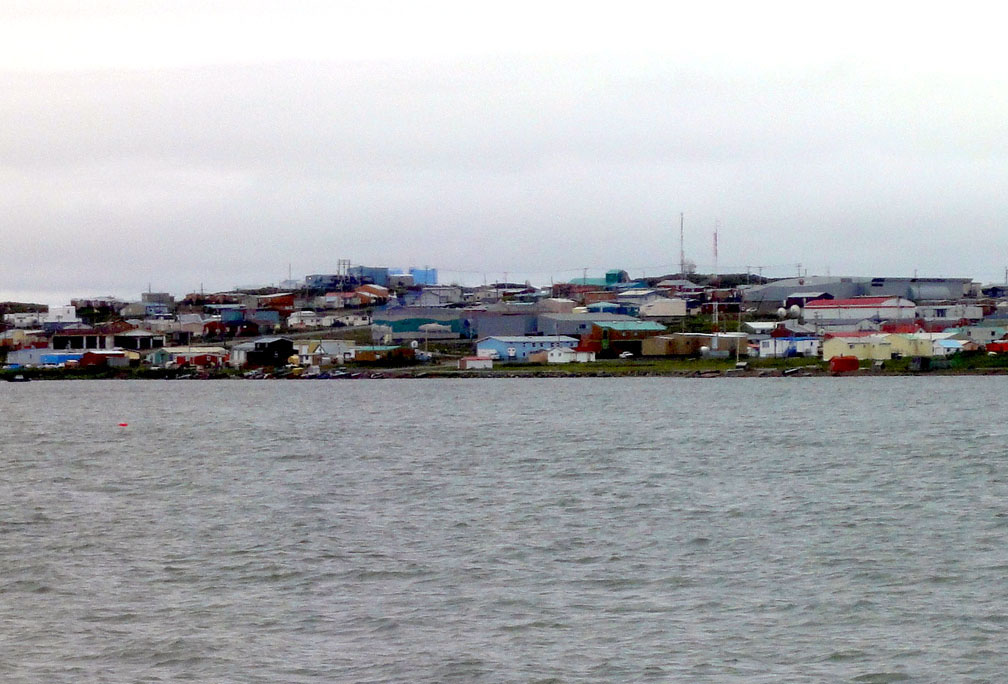 Kugluktuk residents have asked to meet with both RCMP and hamlet officials to express concern over a rise in alcohol-related incidents in the Kitikmeot community. (File photo) 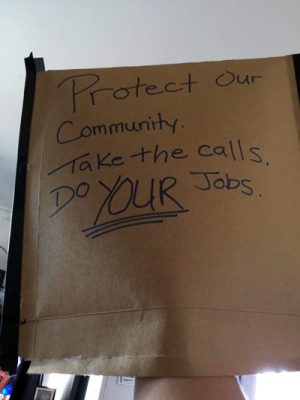 One of the signs protesters used at a July 25 demonstration in Kugluktuk urged RCMP officers to “do your jobs.” (Photo courtesy of Q. Norberg)

Residents of Kugluktuk say their local RCMP officers are not doing enough to serve and protect the community.

A few dozen community members protested outside Kugluktuk’s RCMP station on Thursday, carrying signs that urged officers to “do your jobs.”

Residents say that alcohol-related violence and other incidents are on the rise in the Kitikmeot community of 1,500, since the hamlet voted to loosen its alcohol restrictions last year.

Community members voted last October in favour of abolishing a local alcohol education committee, which has been in place since 2007 to monitor how alcohol was imported into the village.

The vote means there are no longer restrictions on bringing liquor into Kugluktuk.

But as alcohol-related incidents increase, residents say emergency calls made to police to report them are going unanswered, leaving many community members at risk.

“With restrictions lifted, we expected Kugluktuk to be unsettled, but didn’t realize it would be this bad,” said a letter sent both to the RCMP and hamlet July 24, signed by Barb Adjun and “concerned citizens of Kugluktuk.”

“The RCMP are not doing their jobs that they are hired to do. Phones are not being answered or they are being ignored, and our hamlet of Kugluktuk is brushing it off as the RCMP’s job.”

“No one should feel unsafe in this community,” the letter said.

Video footage of the July 25 demonstration shows a dozen or so community members standing outside the RCMP detachment holding signs and speaking to an RCMP officer.

“My grandchildren are getting beaten up by drunks,” one protester shouted at the officer. “And RCMP are doing nothing!”

Community members have asked the RCMP and the hamlet to hold a public meeting where residents can voice their concerns.

The RCMP responded to the allegations in a July 25 release, saying they take the community’s concerns “very seriously.”

“At this time we are gathering further information and we will be looking to meet with the mayor and the senior administrative officer (SAO) of Kugluktuk in the near future,” the RCMP said, noting the force has yet to set a date for that meeting.