Joanasie says amendments could be tabled at assembly’s spring sitting 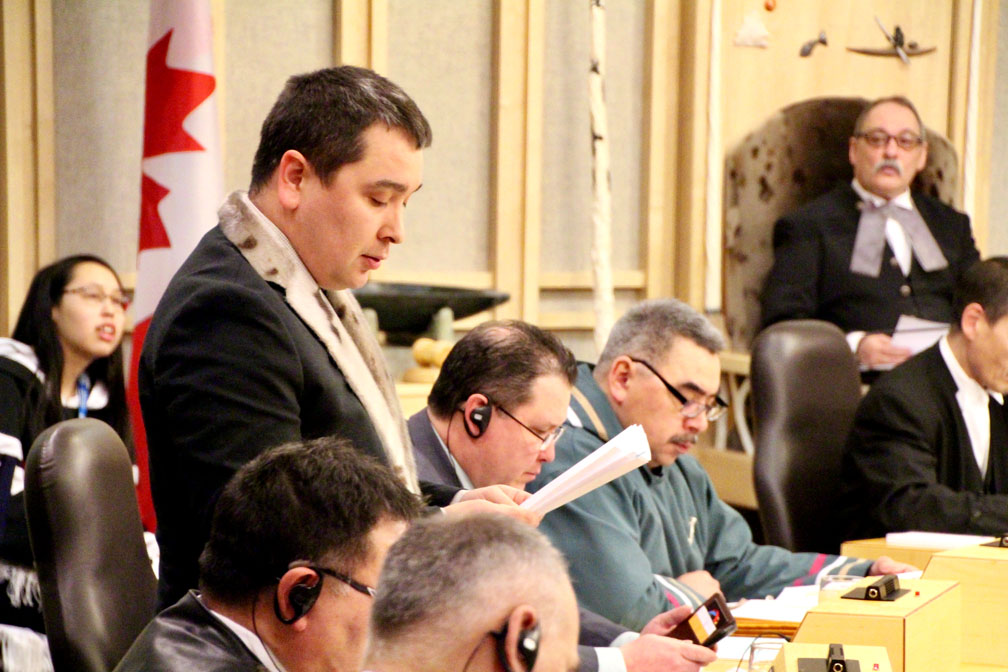 Education Minister David Joanasie said this week that he hopes to introduce amendments to the Education Act and the Inuit Language Protection Act at the assembly’s spring sitting, which is scheduled to take place from May 28 to June 6 this year. (Photo by Beth Brown)

Government of Nunavut officials have completed consultations on the Nunavut Education Act and hope to introduce amendments to the Education Act and the Inuit Language Protection Act at the legislative assembly’s spring sitting, says Education Minister David Joanasie.

The legislative assembly’s spring sitting is scheduled to take place between May 28 and June 6 this year. The winter sitting, at which Joanasie made those remarks during a minister’s statement on Tuesday, Feb. 29, started this week.

During those consultations, which started last September, GN officials heard from more than 700 Nunavummiut, including representatives of Nunavut Tunngavik Inc., the Coalition of Nunavut District Education Authorities, the Commission scolaire francophone du Nunavut, the Nunavut Teachers Association, the Office of the Languages Commissioner and four student groups, Joanasie said.

“My department is currently busy reviewing all of the comments, questions and written submissions, with the intention of releasing a report on the consultation’s findings in May 2019,” he said.

“Finally, I want to continue toward reaching a consensus by working with you, my fellow members, when the amendments to these key pieces of legislation are tabled during the upcoming spring 2019 sitting,” Joanasie said.

The Government of Nunavut has known since 2013 that, due to a severe shortage of Inuit-language teachers and other capacity problems, it cannot meet the bilingual education goals set out in its 2008 Education Act.

The late Michael Ferguson, then the auditor general of Canada, told the GN that in a report tabled in November of that year.

Those goals would have seen Inuktut and English used as a language of instruction all the way from kindergarten to Grade 12—by the 2019-20 school year.

That means that unless the Education Act is amended, the GN will find itself in breach of its own law.

The GN’s first attempt to amend the act fizzled in 2017 when regular MLAs refused to move a set of amendments into committee of the whole for third reading.

In the meantime, the GN will introduce an interim law in the current sitting, which began on Feb. 19, to tide them over until MLAs are able to pass permanent amendments later.

The Interim Language of Instruction Act would suspend the coming into force of certain sections of the Education Act and the Inuit Language Protection Act with respect to Grades 4 to 12.

Those are the grades in which the GN has faced enormous difficulty over the years in extending Inuktut as a language of instruction.