Territory now aiming to bring high-speed internet to Iqaluit, Kimmirut and Kinngait by 2025 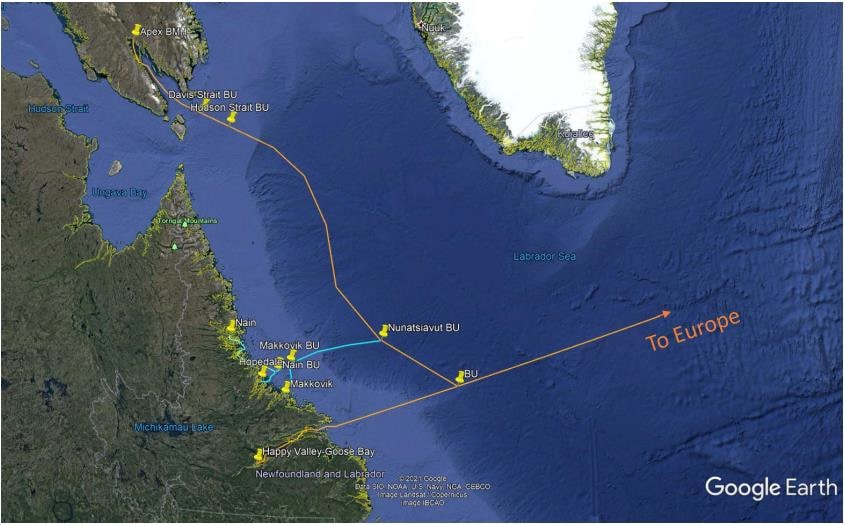 The Government of Nunavut’s plans to bring high-speed fibre optic internet to Iqaluit, Kimmirut and Kinngait is facing further delays.

The project is now expected to finish in 2025, Paul Currie, the spokesperson for the Community and Government Services Department, said in an email.

The project’s cost, originally put at $209 million, is also expected to increase due to inflation and supply chain delays, Currie said – but by how much remains unclear.

Last September, Nunavut’s deputy minister of finance, Dan Carlson, said in the legislature the goal was to have the fibre optic cable project ready by the spring of 2024.

The Nunavut government initially planned to award the design and construction work for the project by the end of 2021. That deadline has been pushed back to this summer, because the details of the fibre optic cable route are still being worked out, Currie said.

There’s also a competing plan to connect Nunavut’s capital to fibre optic cable being pursued by CanArctic Inuit Networks, which wants to bring high-speed internet to Iqaluit by 2024 through its SednaLink project, said the company’s chief operating officer, Madeleine Redfern.

In early 2021, CanArctic’s aimed to have fibre optic cables reach Nunavut by the end of 2022, but that depended on federal funding the company did not get.

CanArctic’s new goal for its first phase of fibre optic internet is to run cable from Goose Bay in Labrador to Iqaluit, Redfern said. The company originally planned to connect Iqaluit to Clarenville, Newfoundland.

CanArctic signed a memorandum of understanding with Bulk Fiber Networks in the fall of 2021. Both companies will share the cable attached to Goose Bay, with Bulk Fibre’s cable extending to Norway.

Connecting Iqaluit to Goose Bay, rather than Clarenville, will save 500 kilometres in cable, Redfern said.

Redfern said the current cost to the project is $94 million but that is expected to drop due to the new, shorter route.

“Our goal is to bring the most affordable internet into the regions and communities that will be connected to our network,” she said.

Redfern said she’s hopeful the company will succeed in finding investors to back its project. She said they’ve received interest from an Indigenous investment corporation and an Indigenous organization.

Depending on what money comes in, CanArctic will revise its request for funding from the federal government, Redfern said.

After the reaching Iqaluit in 2024 the second phase would be to extend to the east of Baffin Island and High Arctic, Redfern said. She added the timeline for that extension and others in the territory will depend on community consultations.

To improve Nunavut’s internet gap with the rest of Canada, fibre optic cable is the best option, Redfern said.