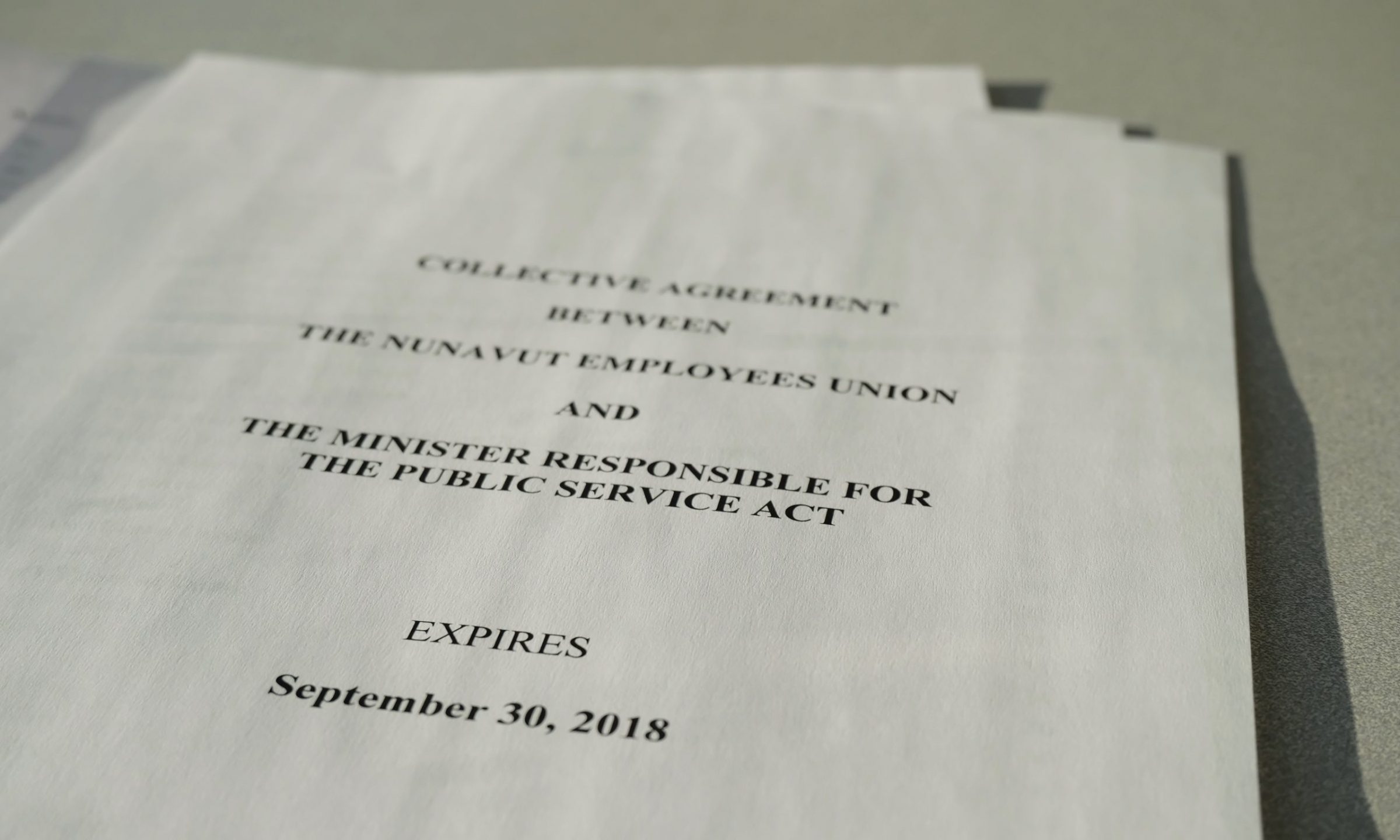 The current collective bargaining agreement between the Government of Nunavut and the Nunavut Employee Union expired in 2018. (Photo by Mélanie Ritchot)

After years of working under an expired collective agreement, Nunavut government employees could soon have a new contract.

The Government of Nunavut and the Nunavut Employees Union reached a new tentative agreement Saturday, according to a news release from the territorial government, after a week of “collaborative negotiations.”

The collective agreement covers things such as pay rates and benefits for the territory’s more than 4,000 public servants.

Both parties have said they cannot discuss specifics of offers were made or what is being negotiated until a deal is made official.

But if formally approved by both parties, the new contract will replace the former agreement, which expired on Sept. 30, 2018.

The news release did not lay out a timeline for when that could happen, but the tentative agreement marks a possible end to a sometimes-heated back-and-forth between the government and the union.

In October, the union accused the government of bad-faith bargaining after it obtained court documents that showed the GN knew about a miscalculation it had made in part of its offer to the union.

The territorial government, in turn, said the union had rejected an offer without meeting with the government’s bargaining team.

For months, the territorial government and union have both been saying they were waiting for the other to come back to the bargaining table.

At that time, Rochon said some of the main outstanding issues included increases in salary and the Nunavut Northern Allowance, and negotiating a new provision for paid domestic violence leave for employees.

The new agreement, if reached, will affect most GN employees, including nurses. Teachers are covered by a different collective agreement, which was updated in January, and includes a seven-per-cent pay raise over four years.

Reaching these new collective agreements was a key issue discussed during the territorial election in October, which ultimately brought in a new premier and multiple new cabinet ministers.