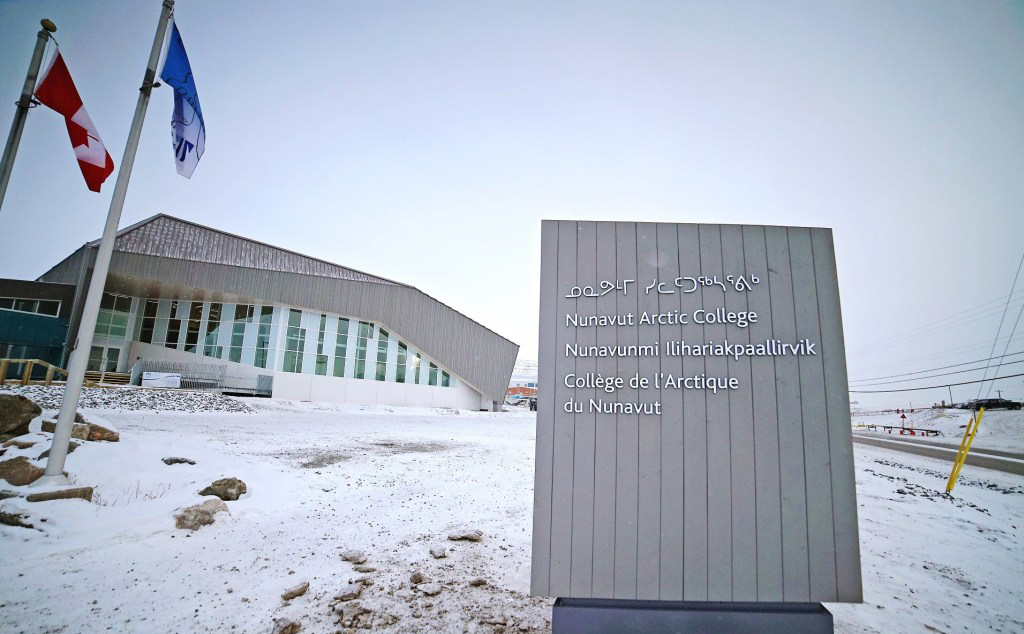 Nunavut Arctic College’s Iqaluit campus. The Government of Nunavut says that a review of the Nunavut Teacher Education Program was never supposed to be released to the public until an accompanying action plan was also prepared. (File photo)

By Sarah Rogers and Emma Tranter

The Government of Nunavut is disputing the allegation that its education staff lied about the state of a damning review of the territory’s teacher education program.

The Nunavut Teachers Association made that accusation earlier this week, after the previously unreleased report was leaked to the media.

The association says it had been told by the Department of Education that the report was not yet complete. The report itself says it was completed in October 2017.

In response, Department of Education staff say that the report won’t be finalized until it’s accompanied by a separate action plan.

Officials say they’re working to finish the action plan by this autumn, when both reports will be tabled in the legislature.

The controversy centres on a 77-page report on the Nunavut Teacher Education Program, prepared by a firm called Directions Evidence and Policy Research Group.

The review looked at faculty, administration, education students and graduates of NTEP—a Nunavut Arctic College program that’s accredited through the University of Regina.

The review concluded that NTEP does not adequately prepare teachers for the classroom and ultimately “is not capable of producing a bilingual, Inuit teacher workforce.”

The report’s findings come as the government is under heavy pressure to deliver Inuktut-language education throughout the territory’s elementary and secondary schools.

In a June 20 email to Nunatsiaq News, a department spokesperson said that included in the scope of the NTEP review was the work of the education department alongside Nunavut Arctic College to analyze the report’s recommendations and then develop an action plan.

That process became extended when the college decided to switch its partnership to Memorial University, the department said.

“In the interests of releasing the consultant’s report, the Department of Education and Nunavut Arctic College plan to have the report tabled in the fall, with the action plan to follow once completed,” the department said in a June 20 email.

At that point, the department said it will be in a position to comment on the report’s recommendations and how it plans to address them.

In the meantime, the GN said the report was only shared with Memorial University and Nunavut Tunngavik Inc.

“The Department of Education’s response that the shelved NTEP report was only a component of a larger report is disingenuous at best, and continues the department’s bureaucratic leadership’s pattern of dishonesty,” he told Nunatsiaq News.

The department has explained the delay in the report’s release, in part, as being due to a merging of the NTEP review with the college’s partnership with Memorial University. But “when the decision was made to hide the NTEP report in October of 2017 from stakeholders and the public,” said Fanjoy, this partnership was not “even on the horizon.”

“That opportunity did not present itself until much later,” he said.

Although the NTA wants to be an “active player” in reforming NTEP, the department’s withholding of the report has left them unable to contribute, Fanjoy said.

“We want to see our students becoming our teachers. We want to contribute to that but we haven’t been given that opportunity by the department.”

Fanjoy said he is also concerned about the department’s use of outside sources to conduct reviews, such as the consultants hired to conduct the October 2017 report.

“The concept of hiring private companies and private corporations just to affirm your values and to say that you’ve consulted with others, to me that doesn’t make sense. The public in Nunavut, their tax dollars are paying for this, and they should ask questions.”

“What reports from other private contractors have they received in the last two or three years that they have not shared with the public?”

When asked about NTA’s allegations that the department lied about the report, a department spokesperson repeated its assertion that the GN intended to release the report.

Fanjoy said he has not been contacted by the department since the NTA’s statement condemning the government’s decision to not release the report sooner.