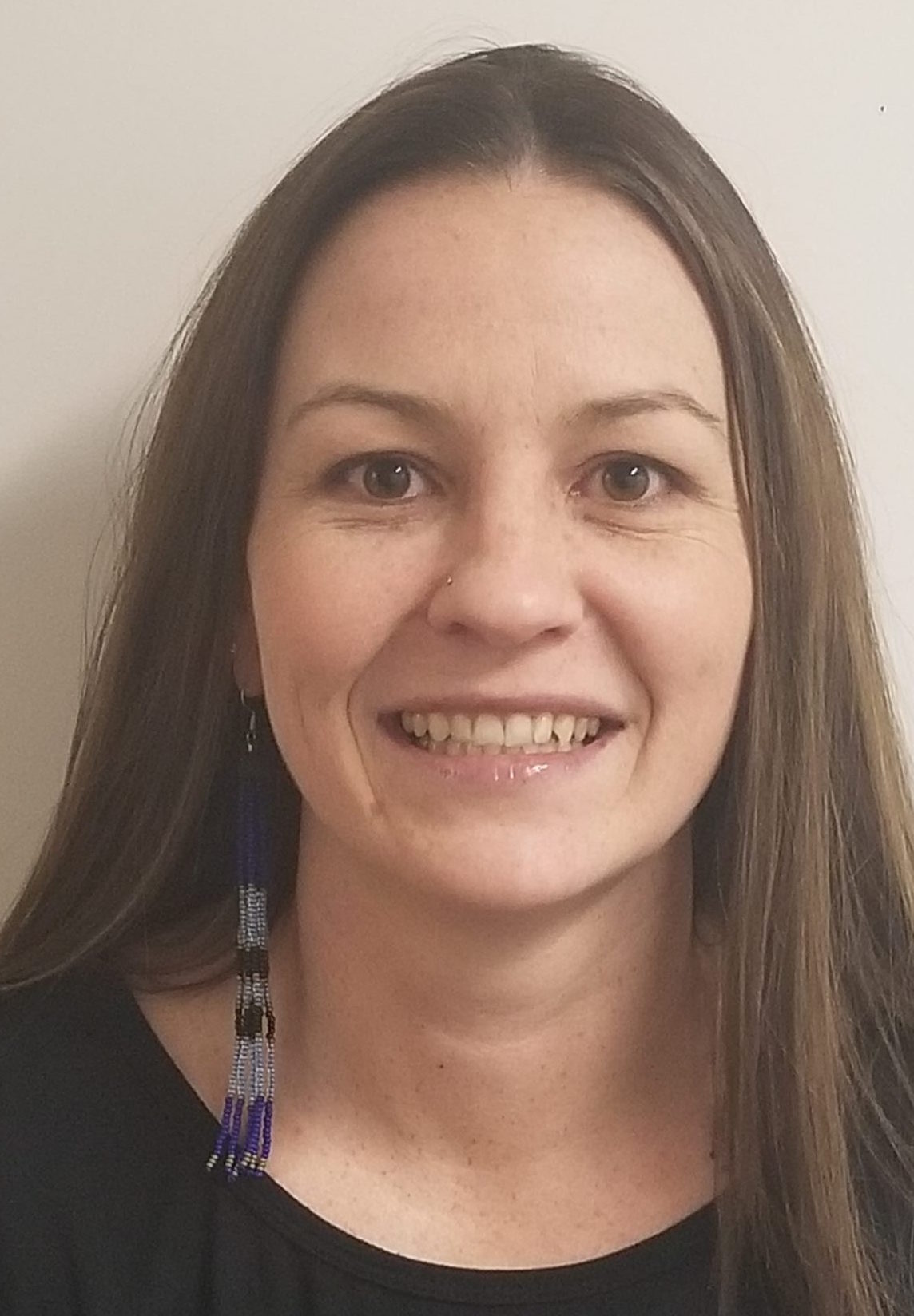 Kristy Ste Marie is Nunavut’s tobacco reduction program manager. She said the territory’s tobacco legislation is being updated to prevent people from starting to use tobacco, and to keep people safe from the effects of second-hand smoke. (Photo courtesy of Kristy Ste Marie)

Nunavummiut can give their input into the Government of Nunavut’s proposed changes to the territory’s Tobacco Control and Smoke-Free Places Act.

The changes would expand areas that are currently off-limits to smoking to include any vehicles—including ATVs, snowmobiles and boats—carrying people under 19, as well as some GN housing units.

The GN will also toughen the rules for the sale of vaping products, by prohibiting sales to residents under 19, banning sales of these products wherever tobacco sales are banned, forbidding advertisements of vaping products and limiting nicotine concentrations.

The proposed amendments would also ban the sale of all flavoured tobacco products, reduce the visibility of these products in stores, forbid tobacco distributors from offering incentives to retailers for selling these products and give environmental health officers the power to revoke a retailer’s tobacco licence if they break the law.

The Tobacco Control and Smoke-Free Places Act came into effect in 2003; it was amended in 2018 to introduce the “smoke-free” places portion of the act, and to help prepare for the legalization of cannabis.

The GN describes the rate of tobacco use in the territory as a “public health crisis” in an information sheet about tobacco. Seventy four per cent of Nunavummiut use tobacco, compared to a national average of 18 per cent. The GN said that updating tobacco control laws is a strategy to help lower tobacco use.

The intent of the proposals is to keep people safe from the effects of second-hand smoke and to better regulate vaping products, according to the territory’s tobacco reduction program manager, Kristy Ste Marie. 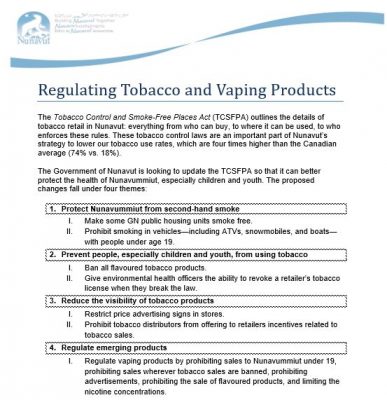 The Government of Nunavut is currently consulting with communities about these proposed changes.

“We’re not looking to prohibit or ban vape products,” she said. “But we are looking to restrict in a manner that they’re not appealing to youth, or to those who don’t currently use tobacco products.”

That means amending legislation to ban the sale of all flavoured tobacco products, which are more appealing to young people, and prohibiting advertising of vaping products in stores, for example.

There is currently federal legislation in place that limits the sale of some flavoured tobacco products, Ste Marie said, but it doesn’t encompass vapes or chew tobacco. The updates to the territorial legislation are intended to fill that gap.

It remains unclear how many Nunavummiut vape, but Ste Marie said the GN is working to compile those statistics.

In an attempt to prevent young people from vaping, the GN sent out a letter to all retailers who sell vaping products, asking them to temporarily stop selling them, until the legislation is updated.

The GN also published a public service announcement last month that warns that vaping is not a good way to quit smoking.

Prior to Nunavut’s last update of its tobacco laws in 2018, Ste Marie said the GN held community consultations on the smoke-free places portion of the act, which restricts where tobacco and cannabis can be used in public places.

But she said that during the consultations to create smoke-free places, the GN heard from community members that they wanted restrictions to go further. That’s why the proposed amendments would restrict Nunavummiut from smoking in vehicles—including ATVs, snowmobiles and boats—when they’re with people who are under 19, and would make some GN housing units smoke free.

Community consultations will be held in February and March on the proposed changes. After that, Ste Marie said, officials will start to draft amendments with the aim of them being tabled in the legislature this fall.

Nunavummiut can give their input by filling out a form, available at all health centres and government liaison offices, or by emailing rjones1@gov.nu.ca.