Quassa asks for more info on extradition of Johannes Rivoire 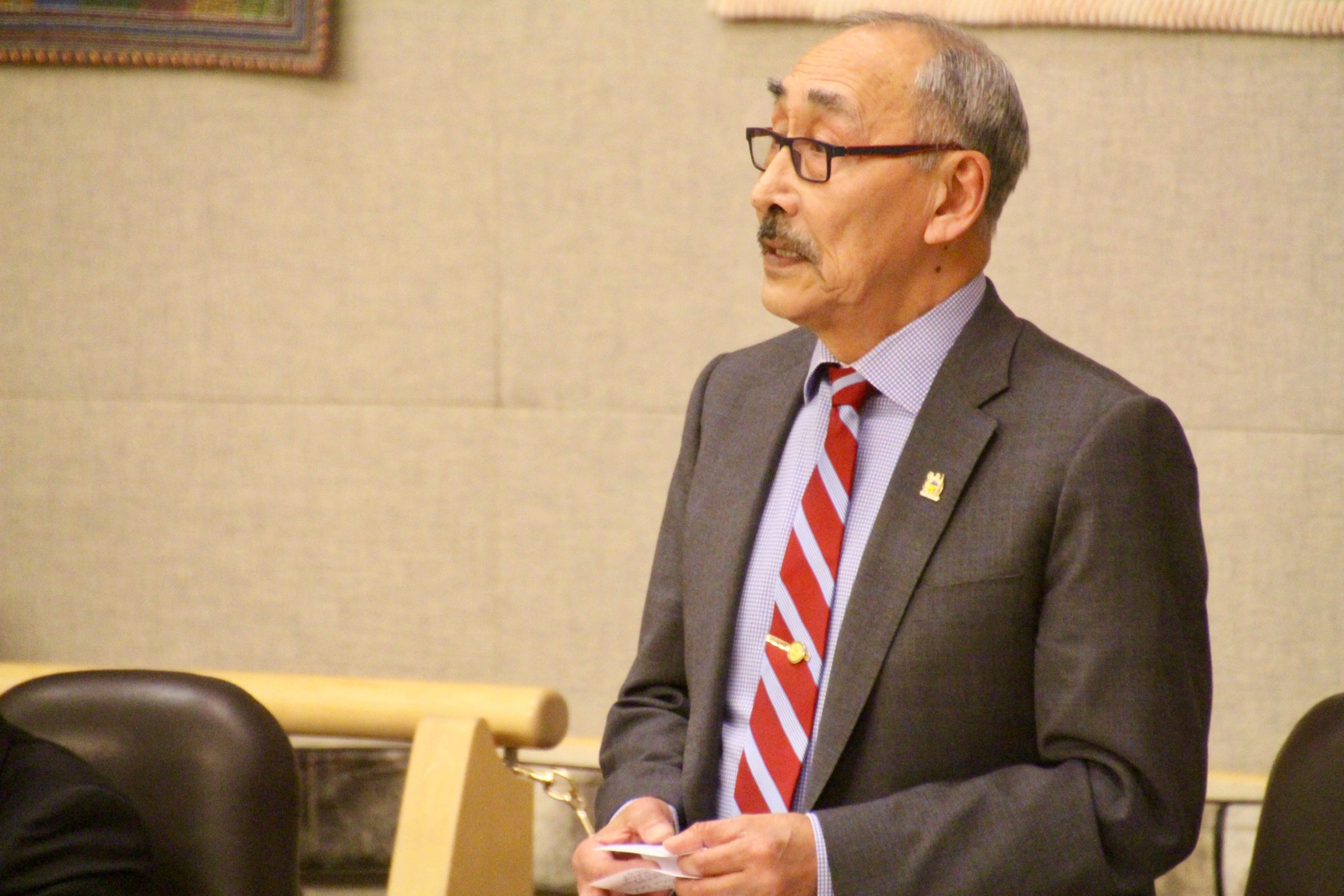 Aggu MLA Paul Quassa calls on the Nunavut government to take a stance on dropped charges against a fugitive priest who was alleged to have assaulted Inuit children in the 1960s. (File photo)

Savikataaq made the commitment in the legislature on Tuesday, Feb. 26, after facing questions from Aggu MLA and former Nunavut premier Paul Quassa on the subject.

Quassa asked during question period if the Government of Nunavut was prepared to take a stance on news that Father Johannes Rivoire will not stand trial because he is living in France, a country that does not have an extradition treaty with Canada.

This news was reported by CBC last week following an access-to-information request. The charges were from 1997, and the RCMP were seeking to arrest the man based on allegations of child sex abuse in Nunavut communities during the late 1960s.

As premier, Quassa had sent a letter to the Canadian government asking for an update on Rivoire, but he received no response. In that letter, Quassa urged the federal government to extradite Rivoire from France.

“It is obvious that all of us here in Nunavut all feel slighted by this event. Although we are told to be resilient, the federal government shouldn’t throw up their arms and give up,” Quassa said. “Can you write another letter about Nunavut’s dissatisfaction because it’s very important for the people of Nunavut?”

Savikataaq called it “unfortunate” that the charges were dropped and said that while the government would work in support of abuse victims, this situation was outside the territory’s purview.

“It is very unfortunate for the victims that Canada has stayed the charges,” Savikataaq said.

People charged with assault should be taken to court, he said.

Quassa went on to say that the dropped charges reflect poorly on federal efforts at reconciliation with Inuit for past trauma, including federal apologies for treatment of students in residential schools.

Rivoire’s alleged victims suffered long after the abuse ended, say friends and supporters, due to struggles with substance abuse.

Such was the case with Marius Tungilik, who died in 2012. He had been the first to publicly speak out about sexual abuse at the Sir Joseph Bernier residential school in Chesterfield Inlet, where Rivoire served as a missionary.

Rivoire is also known to have worked in Arviat, Naujaat, Rankin Inlet and Baker Lake. He is in his late 80s.