Nunavut has an interest in midwifery, but training lags behind

“Training Inuit into these positions is critical” 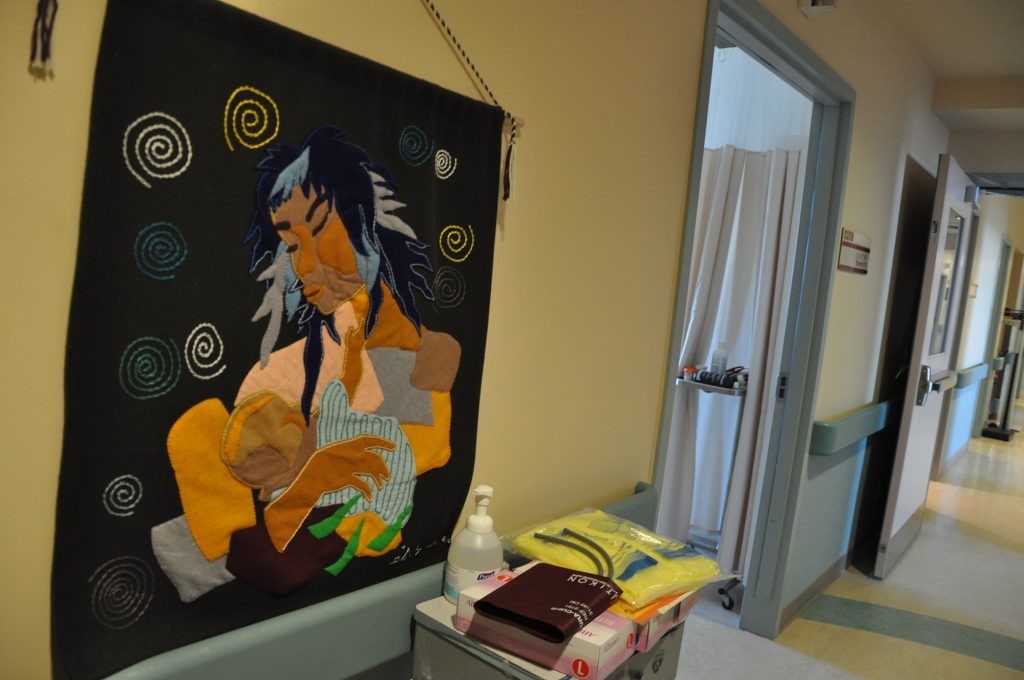 There are 10 midwife positions across Nunavut, based in Cambridge Bay, Iqaluit and Rankin Inlet.

But earlier this year, two Inuit midwives in Rankin Inlet left their positions at the community’s maternity centre, leading to the suspension of local prenatal and birthing services for expectant mothers in the Kivalliq region.

Although neither of the midwives spoke publicly about their reasons for their departures, a former colleague said the women faced discrimination and an unrealistic workload.

The National Aboriginal Council of Midwives says midwives and birthing centres in Nunavut need better support and funding if they’re to remain sustainable.

Last year, the GN vowed to provide increased support to build up midwifery in the territory, in response to a recommendation in the final report of the National Inquiry into Missing and Murdered Indigenous Women and Girls.

The Department of Health told Nunatsiaq News in a Sept. 4 email that it’s “committed to increase the number of maternity care workers and midwives in Nunavut.”

Nunavut Arctic College offered a midwifery program between 2006 and 2014 that graduated four students over that period.

Courses leading to a Maternity Care Worker certificate were offered in Cambridge Bay and Rankin Inlet as the first year of a three-year diploma in midwifery, which could then be counted towards a degree.

Fiona Buchan-Corey, dean of health programs at the NAC, said the program folded due to a lack of interest from qualified applicants as well as an end to funding through the Territorial Health Investment Fund, a three-year investment to help northern regions implement local health care services.

“It was a really expensive program to deliver,” she said. “It would entail sending interns to [southern hospitals] to complete their required 50 births.”

But Buchan-Corey said there is indeed still interest; she receives between five and 10 applications each year from students interested in studying midwifery at the NAC.

She said it’s unclear whether those applicants then end up enrolling in southern midwifery programs.

Buchan-Corey said the college hasn’t had any recent conversations with the GN on revitalizing the program.

And for its part, the Department of Health said it hasn’t received any requests from Nunavummiut for training support in midwifery.

“Although there isn’t a training program in Nunavut, there are several midwifery training programs in Canada in which [the Department of Health] would support students in their placements,” the department said in a Sept. 4 email.

“Nunavummiut have access to various financial supports for post-secondary education.”

And base funding for the delivery of midwifery services has not been cut, the department noted.

The GN estimates that midwives have delivered about a third of the births in Cambridge Bay and Rankin Inlet in recent years.

“Obviously, training Inuit into these positions is critical,” Buchan-Corey said. “As someone who’s had to give birth outside the territory in the past, my preference would have been to have my children in the community.

“As a post-secondary institution, you want to help people acquire those skills. The ongoing challenges are always securing instructors who have the appropriate skills to mentor those people,” she said.

“And if it could be Inuit who have those skills to train those skills, that would be amazing.”