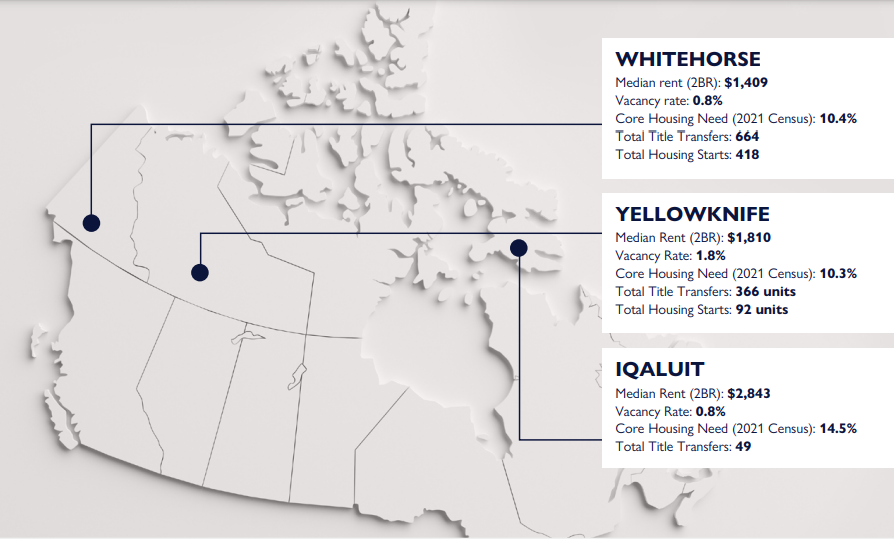 The number of Nunavut households living in unsuitable, inadequate or unaffordable housing is more than three times higher than the national average, according to a new report from the Canadian Mortgage and Housing Corp.

This is what the corporation defines as living in “core housing need.” Census data from 2021 shows 32.9 per cent of Nunavut households are in core housing need compared to the Canada-wide average of 10.1 per cent.

The 2022 Northern Housing Report, released Wednesday, also shows that Nunavut, like other provinces and territories, saw significant increases in the purchase price of properties, as well as rising costs in the rental market.

As a result of higher purchase prices and increasing interest rates, the average monthly cost of a new mortgage across Nunavut in the second quarter of 2022 rose to $1,976 — a five per cent jump over one year that adds up to $15,700 extra over a five-year term.

For those in search of a rental unit, the outlook is no more promising.

According to the report, the median rent for a two-bedroom apartment (excluding social housing and vacancies) in Iqaluit in 2021 was $2,823 per month, an increase of 1.4 per cent over 2020 and more than double the cost of a two-bedroom unit in Whitehorse.

While affordability continues to be an issue, the high costs of construction and limited availability of adequate land for building have led to a critically low vacancy rate.

In Iqaluit, the rental vacancy rate was below one per cent, which was the same as Whitehorse and lower than Yellowknife.

Due to higher living costs, lower income levels and limited employment opportunities, most residents in the territory rely on public or subsidized housing, according to the report.

In October, the Government of Nunavut and the Nunavut Housing Corp. announced Nunavut 3000, a plan to build 3,000 new housing units across the territory by the year 2030 at an estimated cost of $2.6 billion.